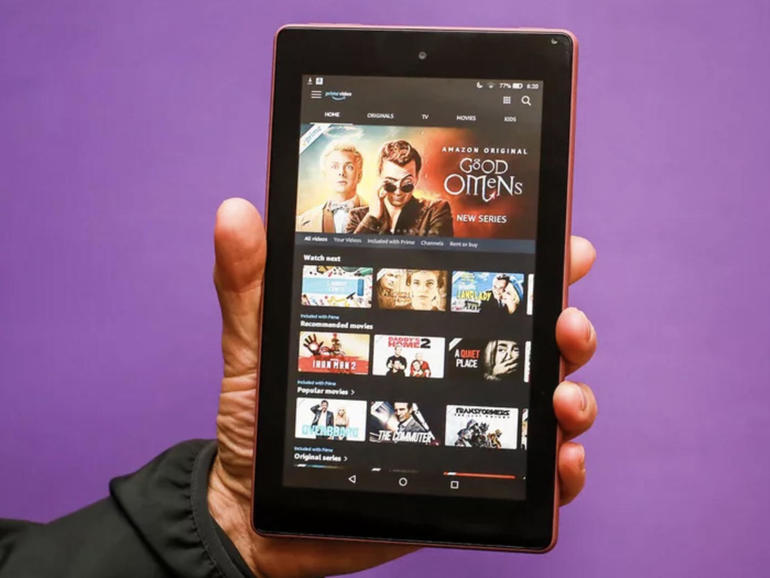 Amazon’s Fire tablets are known for being some of the most affordable tablets you can buy — with prices ranging from $49 for the Fire tablet to $149 for the Fire HD 10, the biggest and tablet in Amazon’s lineup. There are some sacrifices you’ll have to make for a tablet that’s priced under $150, namely when it comes to performance and app selection.

The Fire tablets all run Amazon’s Android-based operating system called Fire OS, meaning you won’t find any of Google’s apps or services on the Fire tablets. Amazon even has its own app store that developers have to use. That said, you can find most of the bigger apps, like Facebook, Zoom, and your favorite mobile games. However, Gmail, YouTube, or Google Maps aren’t available.

Amazon doesn’t use the best displays or fastest processors in its Fire tablets, but after using one for a few days, you’ll adjust and realize the components inside the tablet are more than capable — especially when you remember the overall cost. All the models listed below are shown with their base storage allotment, but keep in mind they all have microSD card support ranging from 512GB to 1TB. 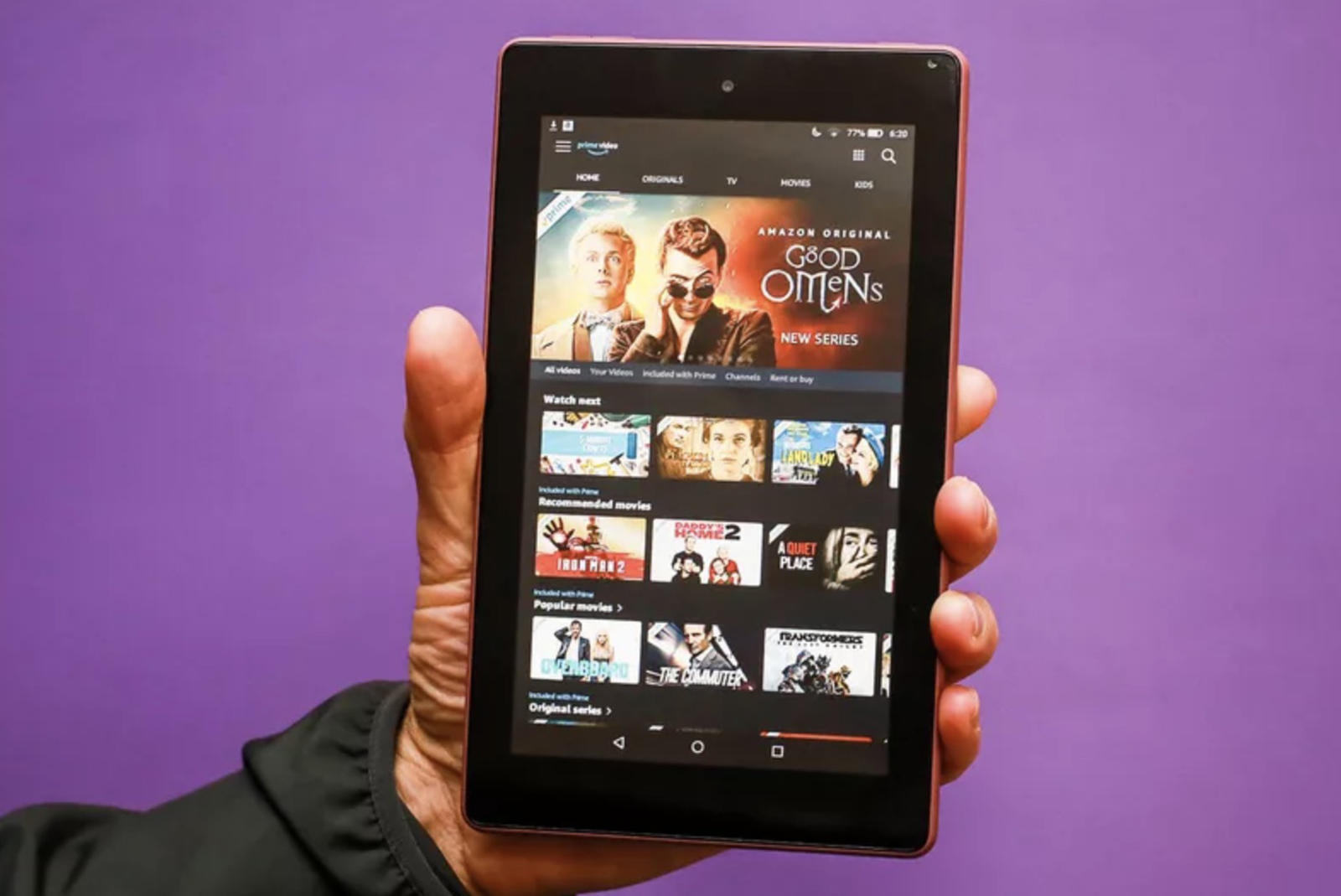 Amazon’s Fire 7 tablet is the most affordable tablet in the company’s lineup, but don’t let its price tag fool you. At $50, you get 16GB of storage, a quad-core 1.3GHz processor, 1GB of memory, 2MP front and rear-facing cameras, a 7-inch display with 1024×600 resolution. You’ll get about 7 hours of use out of a single charge, and can add 512GB of extra storage via the microSD card slot.

The Fire 7 is by far the slowest, least capable tablet in Amazon’s lineup, but we recommend this one as an inexpensive option for someone who needs a tablet that’s used for strictly video calls, keeping kids entertained, or solely as a Kindle eReader, with the bonus of being able to check your email. 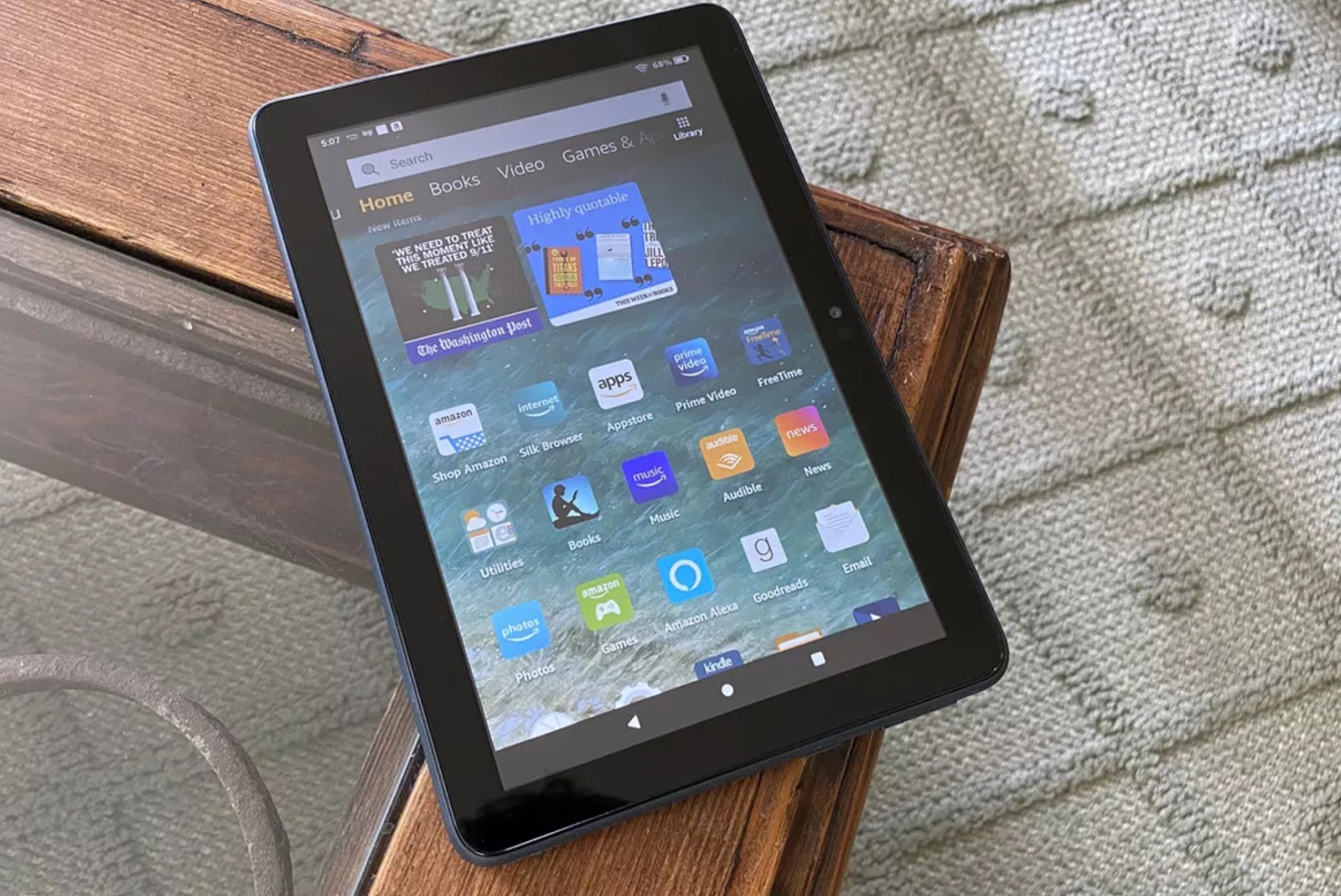 The Fire HD 8 and HD 8 Plus (more on that Plus version in a minute) are Amazon’s latest tablets. They feature a completely new design that looks much better than the Fire 7. The rounded edges and corners, as well as a relocated front camera, make it easier to hold and make for a more natural feel during video calls.

For just under $90, you’ll get 32GB of storage, 2GB of memory, a quad-core 2.0GHz processor, a battery life of 12 hours, and an 8-inch HD display. You can add up to 1TB of storage using the microSD card slot.

The Fire HD 8 is an easy recommendation due to its low price, fresh design, and decent performance. If you’re on a tight budget that lines up with the HD 8, you’ll be happy with it. However, if you are looking for a little more tablet for not much more money, then keep reading. 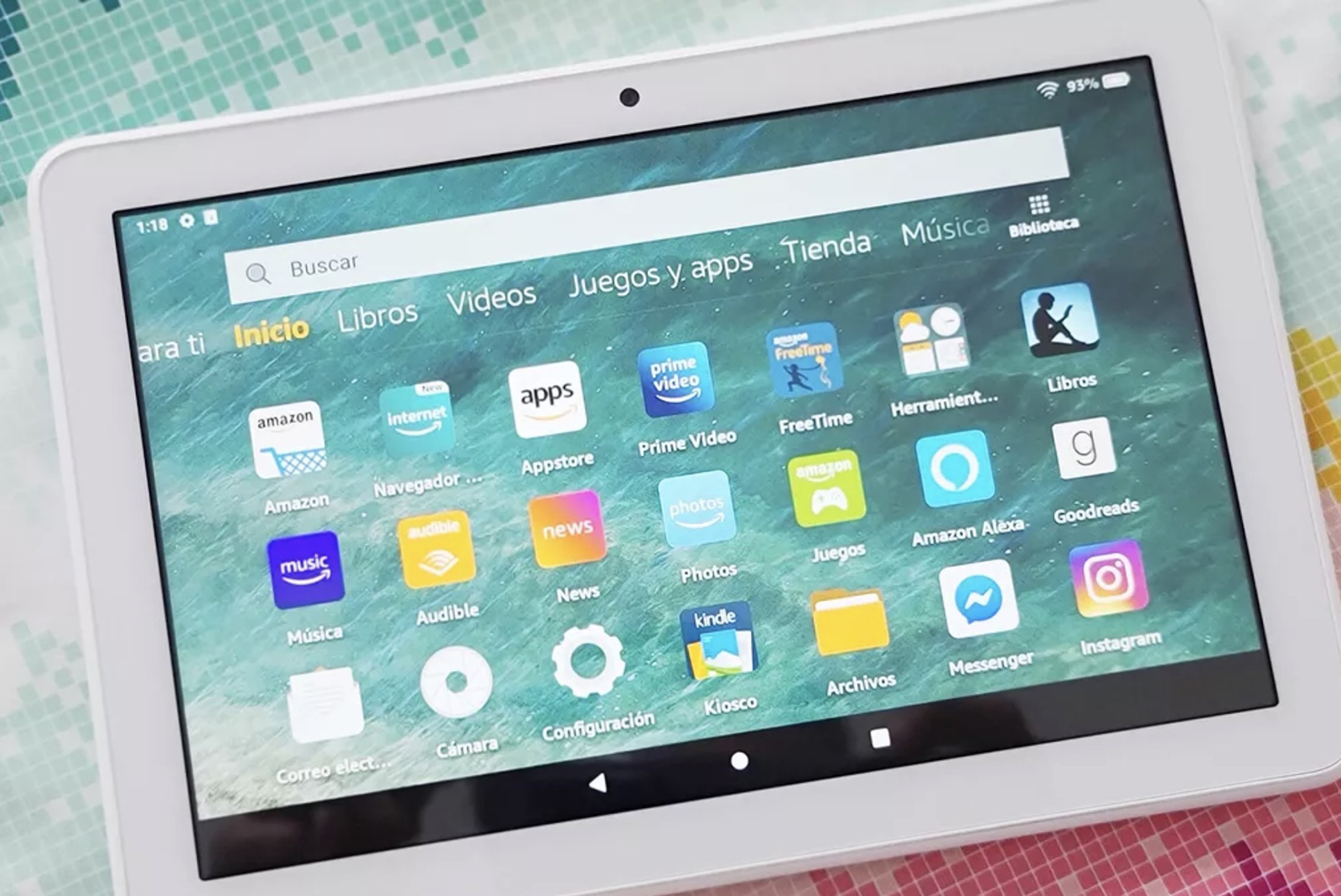 The HD 8 Plus isn’t much more expensive than the HD 8 at $109, but that extra cost gets you some features that justify the extra investment. We recommend going with the HD 8 Plus over the standard 8, if it’s within your budget. An example of what you get for the higher price includes 3GB of memory instead of 2GB, and it’ll work with a wireless charging pad. The importance of wireless charging is debatable. However, an extra gigabyte of memory means your apps won’t reload as often, and overall performance will be slightly improved.

What’s more, Amazon sells a wireless charging stand for the HD 8 Plus that, when docked, turns the tablet into an Echo Show. That means you can interact with it like you would the company’s smart displays, using voice commands to control smart home devices or watch videos.

The Fire HD 8 Plus boasts most of the same specs as its less expensive sibling, with an 8-inch display and a resolution of 1280×800, 3GB of memory, 32GB of storage, and a quad-core 2.0GHz processor. Battery life should reach 12 hours. The optional charging stand brings the total to $140, but it’s worth it. 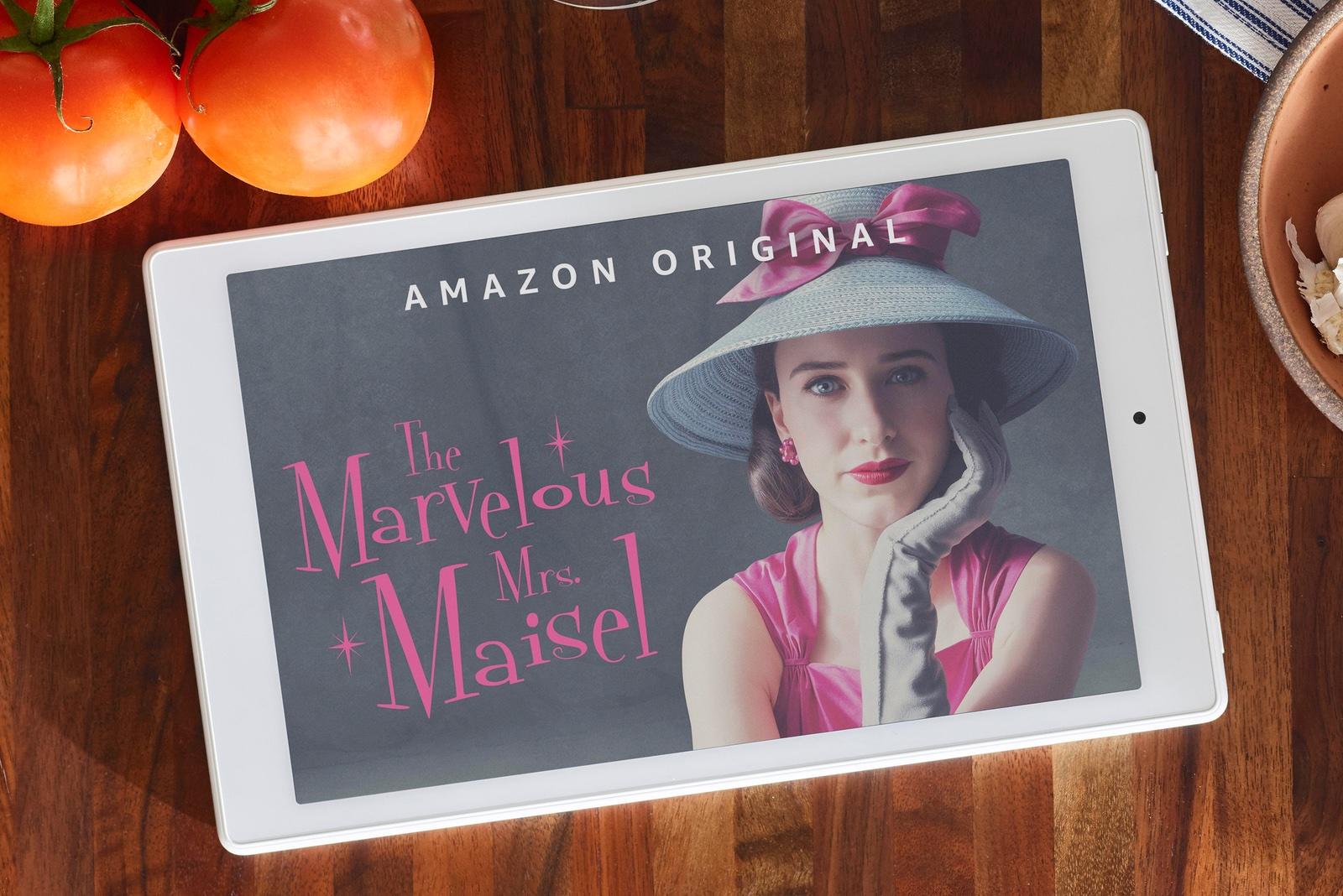 Amazon’s Fire HD 10 used to be the most impressive tablet in the lineup, but the newer Fire HD 8 Plus currently looks like a better deal. That said, the Fire HD 10 has the biggest and highest resolution display out of the lot.

The impact of Apple’s sideloading philosophy on developers

You’ll get 32GB of storage, 2GB of memory, up to 12 hours of battery life, 512GB optional expandable storage, and an octa-core 2.0GHz processor. The Fire HD 10 is the only Fire tablet that comes with a one-year warranty, where the rest come with a 90-day warranty. 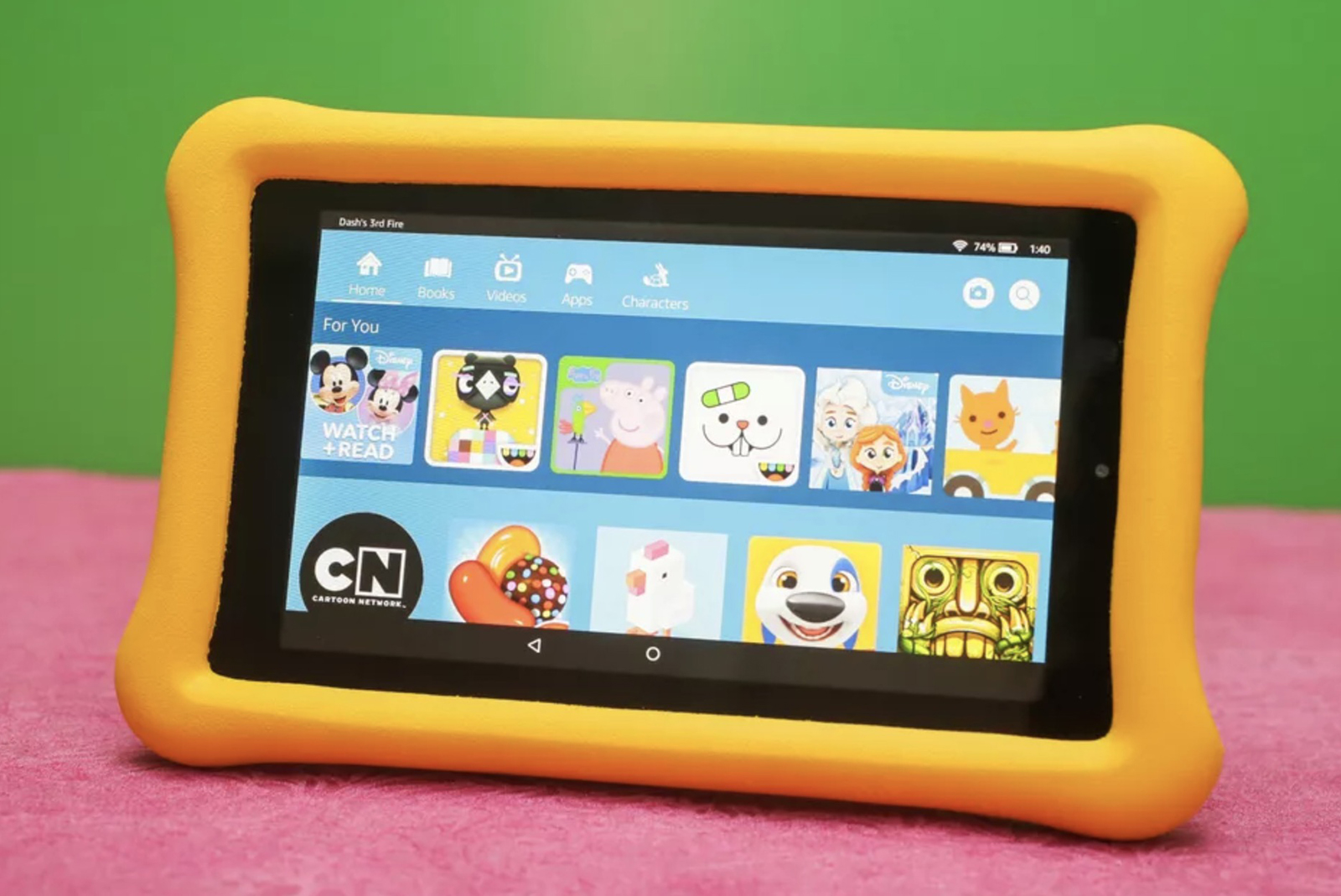 All the tablets we mentioned above have a Kids Edtion version. These bundles are slightly more expensive than buying the tablet on its own, but it comes with some extra perks. Each Kids Edition tablet comes with a one-year subscription to Amazon’s FreeTime Unlimited that provides access to kid-friendly content and parental controls.

You also get a case to protect the tablet, and a two-year worry-free guarantee — where Amazon will replace the tablet, no questions asked, if something happens to it (like your kid dropping it in a swimming pool or bathtub).

Here are direct links to the Kids Edition models:

We selected the group of Fire tablets above after testing all of them ourselves and using the tablets as daily devices for checking email or playing games or simply relegating them to a fancy Kindle for reading books.

When trying to decide which Amazon tablet is the right one for you, take a few minutes to go over the specifications. The difference between the 2GB and 3GB version of the Fire HD 8 seems small on paper, but in our experience, there was a notable performance boost. Also consider how long it’s been since each tablet has been updated. Right now, the 8 and 8 Plus are the newest tablets in Amazon’s Fire lineup. The Fire 7 and Fire HD 10 haven’t received meaningful updates in a while. The more recent a refresh, the more current the internal components are, which hopefully translates to better performance and a pleasant experience.