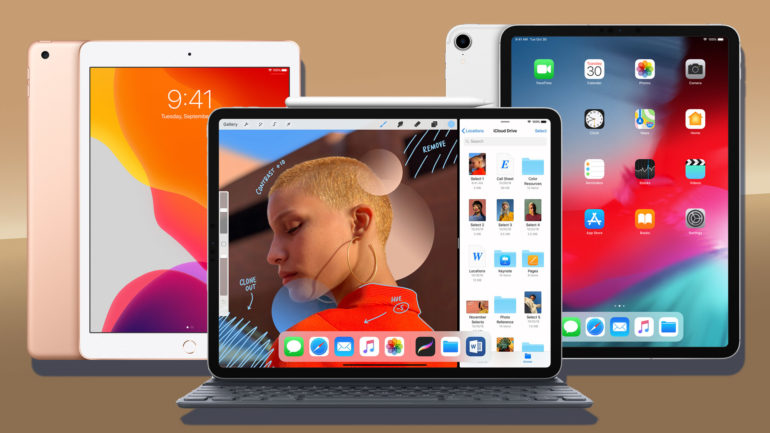 A good tablet is something that should have a long battery life, a respectable selection of apps and services, and be more than just a screen to watch YouTube videos. Apple has dominated the tablet conversation for years with its iPad line, but it’s not the only company with a tablet that’s worthy of making our top tablets of 2020 list.

Also: The best iPad: Which iPad model should you buy?

Below is a list of tablets, in random order, that are designed to fit specific needs and budgets. Whether you’re looking for a cheap device for your kids or something that can effectively replace a computer, there’s a tablet for everyone. We limited what we included in this list to tablets that offer a reliable experience, along with a mix of affordability and features. Not all tablets are created equal, so we used our years of research, personal experience, and knowledge about the products included here to make suggestions. 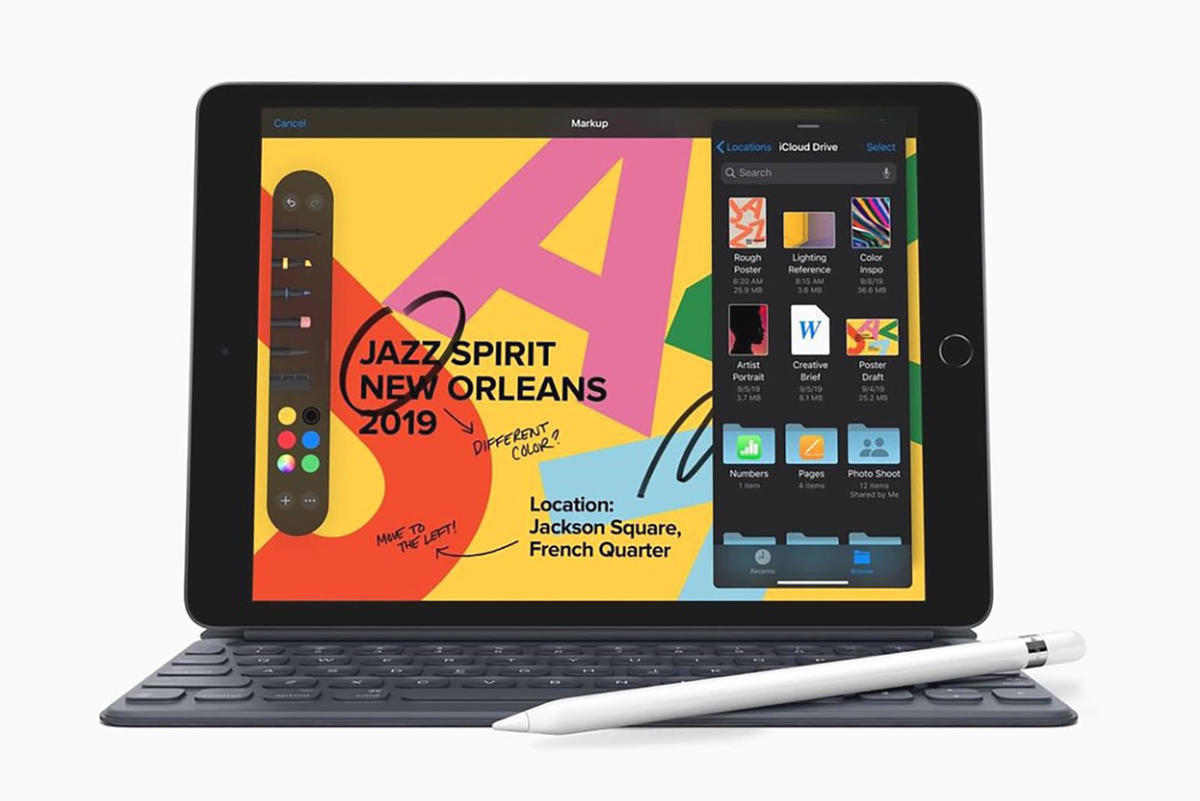 Apple’s iPad has arguably set the bar for all tablets with every release. The latest model has a 10.2-inch display, either 32GB or 128GB of storage, and it’s powered by Apple’s A12 processor. You can use Apple’s Smart Keyboard Cover as a case and keyboard for typing long notes or emails.

The iPad also supports the first-generation Apple Pencil, allowing you to write or jot notes on the screen using your favorite apps. There are three colors available: Silver, space gray, or gold. 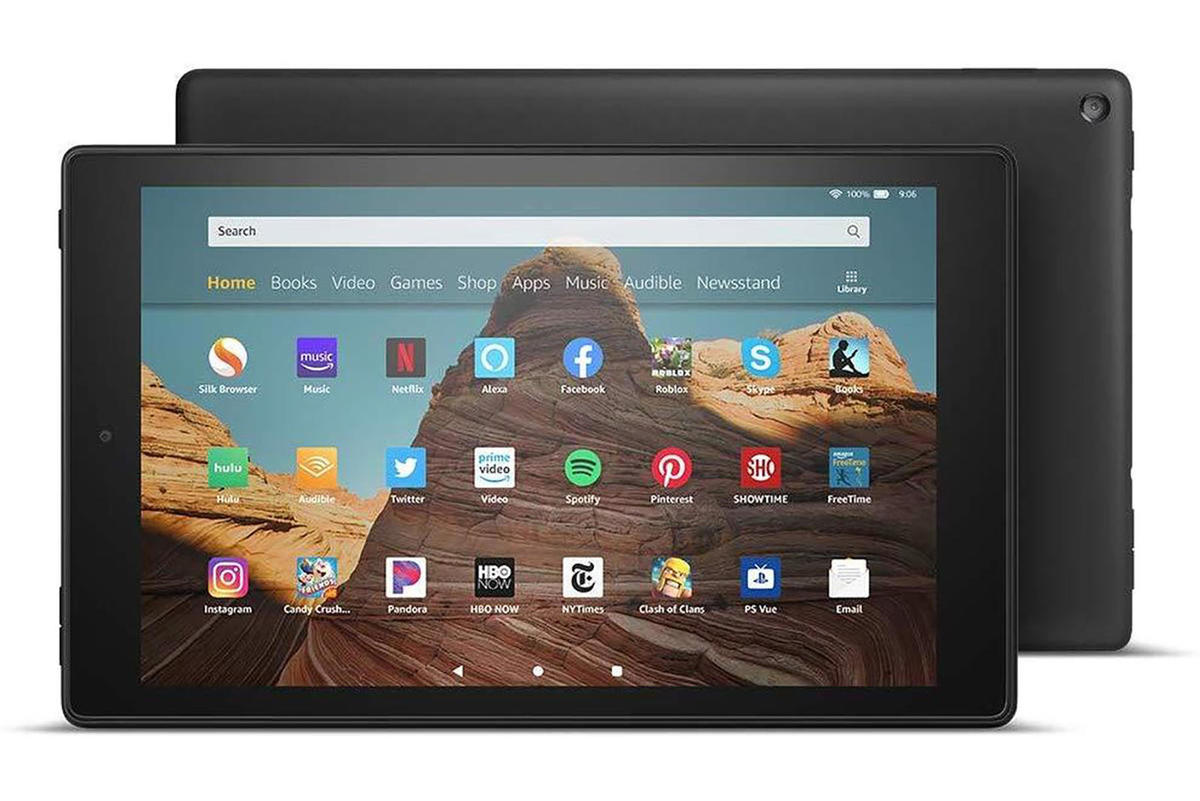 Amazon’s Fire tablets run the company’s forked version of Android, complete with Amazon’s services baked right in. You won’t find any of Google’s own apps, or even the Google Play Store, on any Fire tablet. However, Amazon’s own App Store has many of the same apps that regular Android devices have access to, as well. Apps like Netflix, Facebook, or Spotify are available.

The Fire HD 10 is affordable, faster than ever, and doubles as an Echo smart speaker, with Alexa awaiting your commands. After testing one for a few weeks, I was impressed with its versatility and performance. You can get it with 32GB or 64GB of storage, but don’t fret if that’s not enough. It has microSD card support for up to another 512GB of storage.

The screen is 10.1 inches and is full 1080p high definition. Battery life should be good enough to get you around 12 hours of use, or enough to get through a full day of use.

It’s not the fastest tablet available, but the Fire HD 10 is perfect for someone who wants to browse the internet, watch videos, or check email without spending a ton of money. 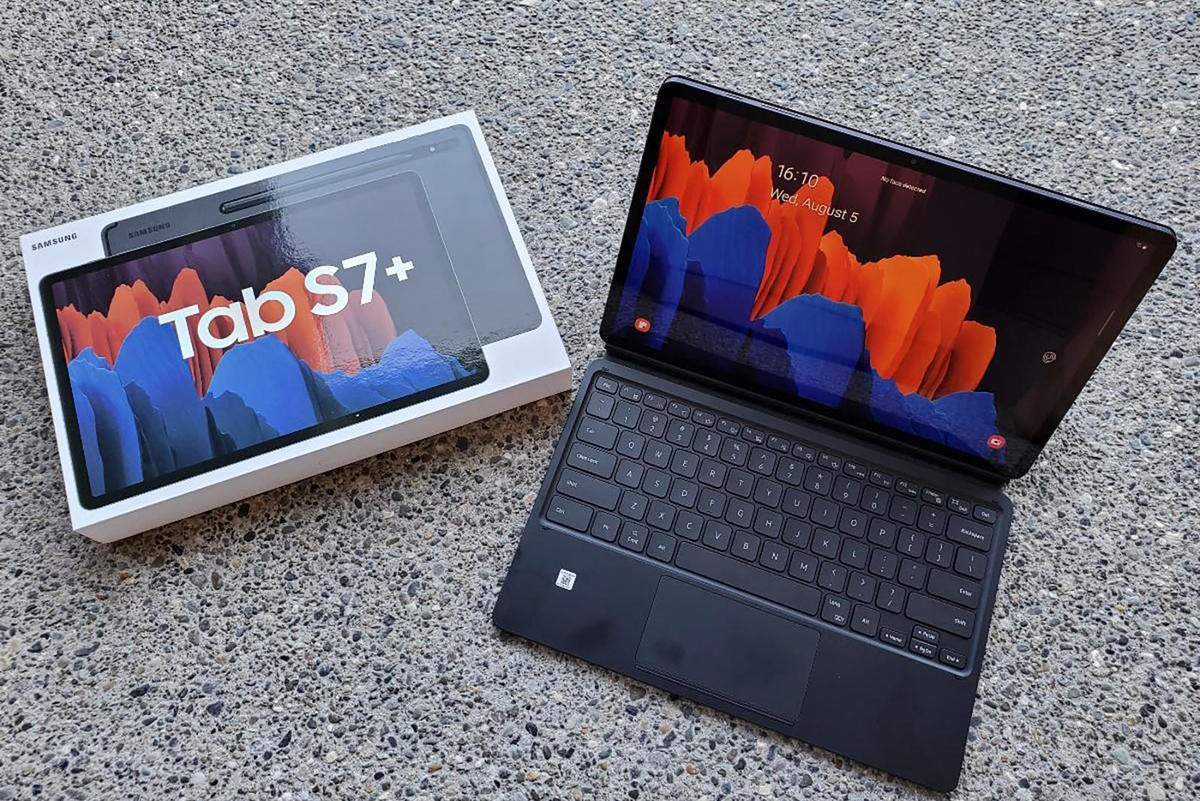 Samsung’s Tab S7 and Tab S7 Plus run Android with Samsung’s OneUI proprietary skin and tweaks. The tablets integrate with Samsung’s products and services and even include an S-Pen stylus in the box.

Samsung also sells an optional keyboard accessory for those who want to get some work done, which auto triggers the company’s DeX platform that converts either tablet into a more laptop-like Android experience with windowed apps.

Both models have the option to expand storage, those who want to be entertained on the go can store up to an additional 512GB of movies and music. The Tab S7 starts at $650, while the Tab S7 Plus starts at $850. 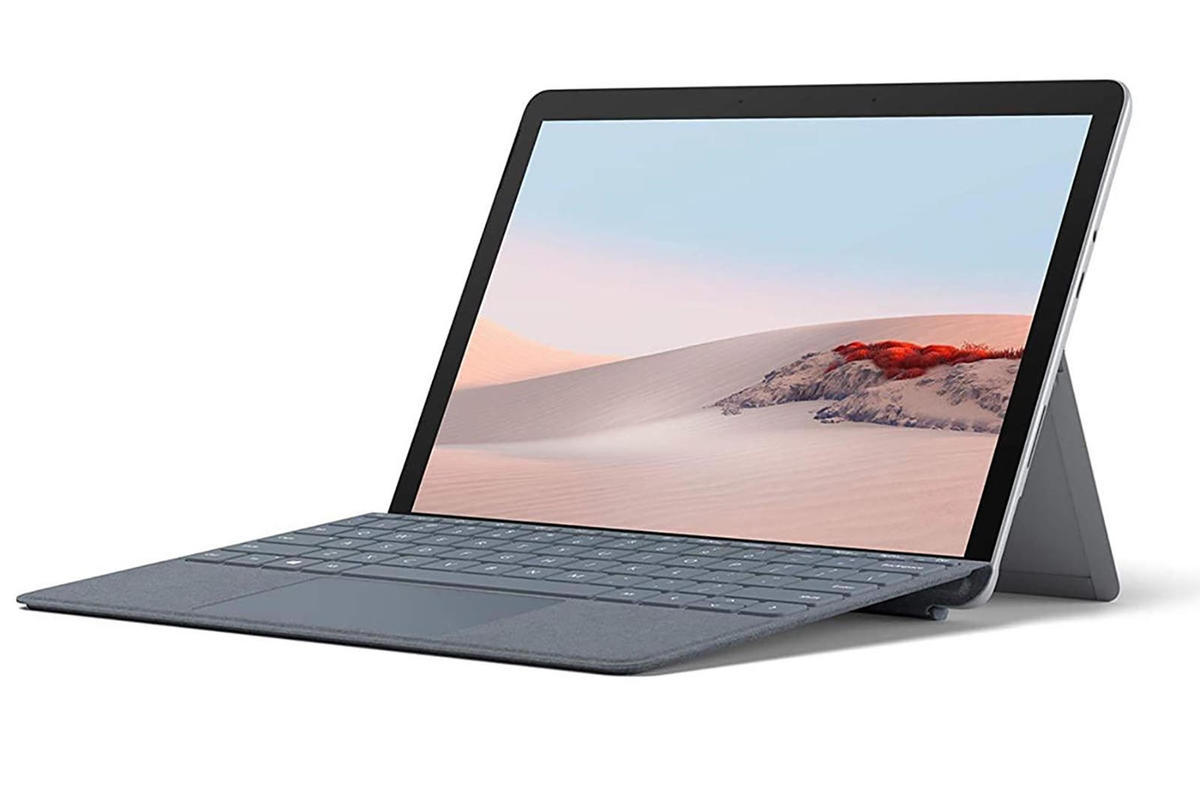 The Surface Go 2 was a welcomed update to Microsoft’s smallest and most portable 2-in-1 for Windows fans. It uses the same design as the original Go, and will even work with all of the original accessories, including the Type Cover keyboard.

The Go 2 has faster internals that provides a better overall experience and performance, but you’ll still want to skip the entry-level model with an Intel Pentium processor and eMMC storage. The combination of slower storage and a slower processor isn’t going to be an enjoyable experience. Instead, spend a little extra for the Intel Core m3 processor and an SSD.

It’s a small tablet, with a display of just 10.5-inches, but it runs full Windows that you can customize and tweak to your liking.

The tablet runs Windows 10 in S Mode and limits you to installing apps from only the Microsoft Store, along with a few other security features. But you can opt for the full Windows 10 experience by leaving S Mode and never looking back. 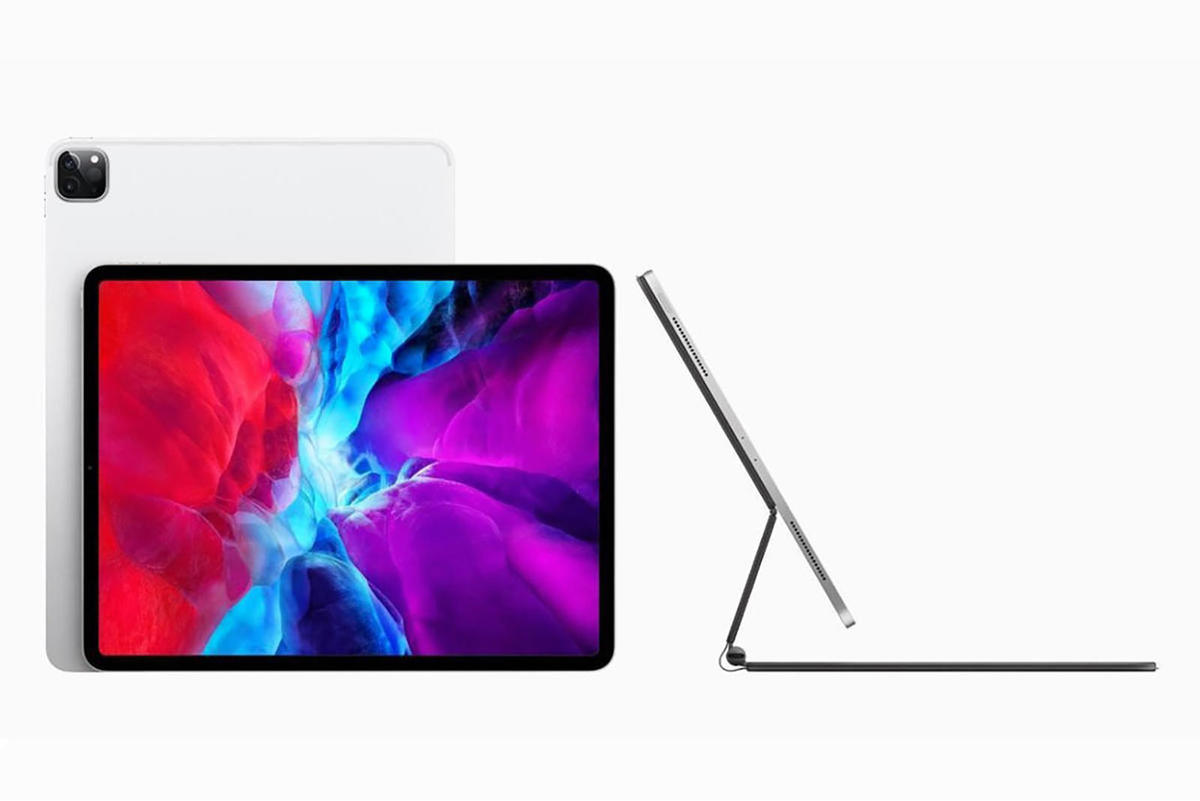 Rumors point to Apple’s 2020 iPad Pro being replaced any day now, but until then, this is the most powerful and capable tablet in Apple’s lineup.

It has a camera array that features a LiDAR sensor to improve augmented reality and photos. On the inside, you’ll find Apple’s A12Z processor, anywhere from 128GB to 1TB of storage, and a battery that’s big enough to get through a full day of use.

For someone who wants to push the limits of what an iPad can do, the 2020 iPad Pro is the only choice. With a unique design, USB-C for charging and connecting external storage (as well as up to a 4K monitor), the iPad Pro is as good as it gets when it comes to a tablet. There’s an 11-inch model along with a 12.9-inch model for those who want more space to get more work done.

Best iPad in 2021: Which iPad model should you buy? 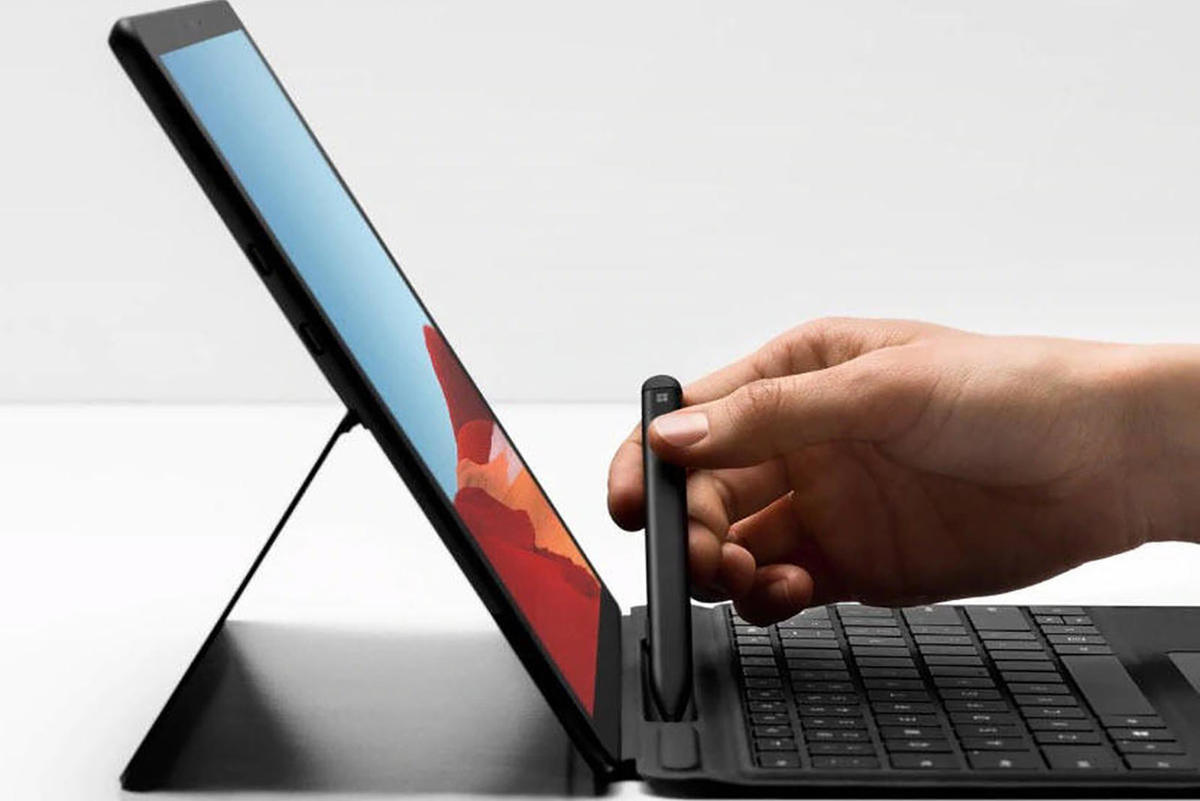 The Surface Pro X is like the aforementioned Surface Go 2, only bigger and more powerful. It runs full Windows 10 out of the box, but because it uses an ARM-based processor, it’s mostly limited to 32-bit apps. That means unless you may run into issues with app compatibility. However, Microsoft is currently testing support for 64-bit apps that will add wider app support.

The Pro X has built-in LTE connectivity, a 13-inch display, and is just 7.3mm thin. There’s even a special compartment in the optional keyboard to hide the Surface Pen — it’s pretty cool. 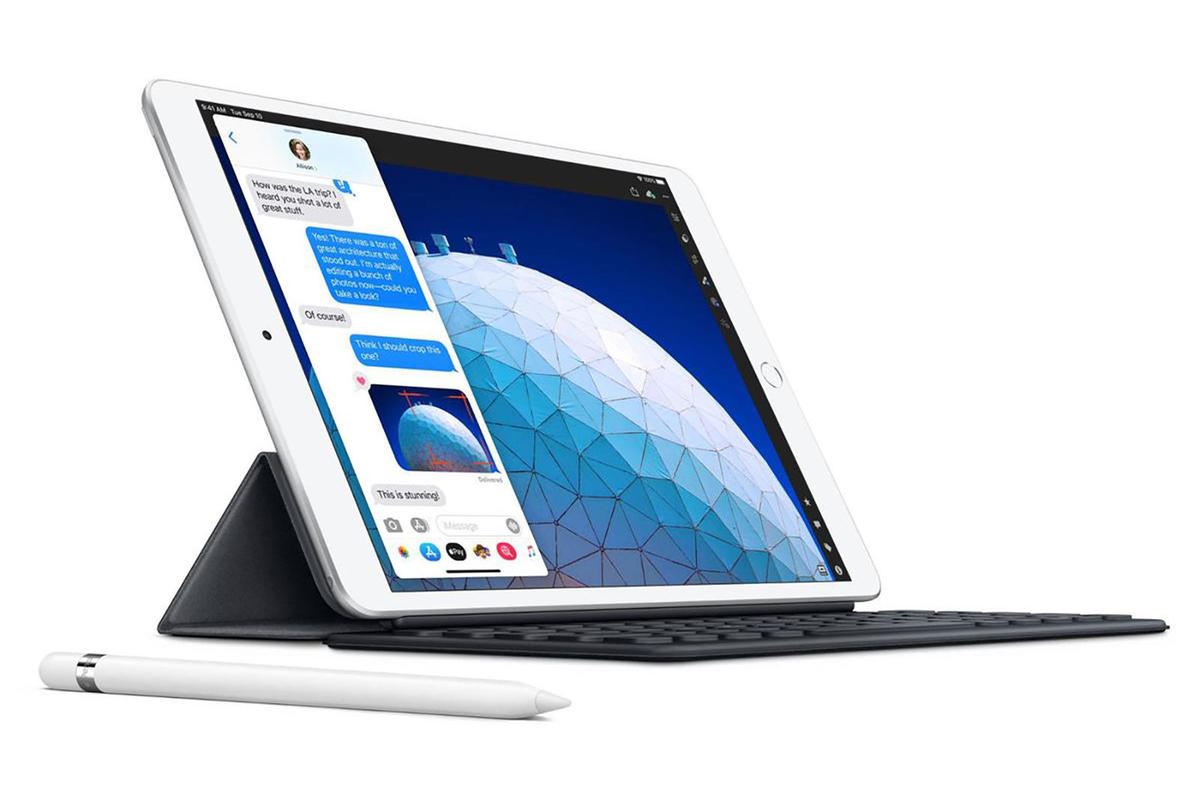 The iPad Air was updated last September, bringing a completely new design and iPad Pro-like features to the mid-range tablet. It has a 10.9-inch display, USB-C port, along with Smart Keyboard and Apple Pencil support. It’s also priced lower between Apple’s base and pro model tablets, with the specifications to match. The Air is perfect for someone who wants to push the limits of what the base iPad can do but feels the iPad Pro is overkill.

We take our time when looking through the wide range of tablets available. From Apple to Amazon to Samsung, there are tablets that run different operating systems and support their respective ecosystems. We looked at the feature set, price point, and integration with other products.

I’ve been using tablets and smartphones for over a decade now, and I’ve tested numerous tablets from the likes of BlackBerry (remember the PlayBook?) to Apple. One thing that’s become apparent is that there’s not a one-size-fits-all option — although, there’s a strong argument that Apple’s base iPad is the model for nearly everyone.

After taking a step back and looking at all currently available tablets, I was able to come up with a robust list of options.

The biggest question you’ll need to answer about any tablet purchase is what you plan on using it for: Do you just want something to read a comic book and binge on some Netflix shows while you walk on the treadmill? Then a Fire tablet or the base model iPad is going to be more than enough for you.

However, if you’re looking for a tablet that can double as a laptop replacement, be it occasionally or full time, then the iPad Air, Samsung’s Galaxy Tab S7, or either Surface model is where you’ll want to start your search.