Coming to iPadOS 14.5? Apple’s iPad Pro needs this feature next 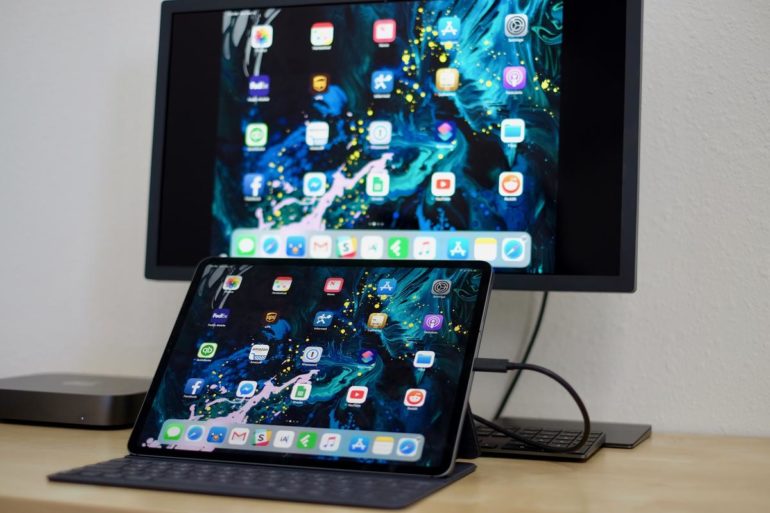 The line between Apple’s iPad and Mac lines is getting blurrier, especially with the transition from Intel processors to Apple Silicon. It’s the same processor tech that powers the iPad and iPhone, and with Macs now using an ARM-based chip, combined with the ability to install and run the same apps you use on your iPhone or iPad, it’s only logical to question where the iPad goes from here.

I don’t have an exact answer, but I don’t think Apple is going to dramatically change the iPad’s course. It’s a tablet that’s designed for multiple use cases, be it a sketchbook for creatives, an entertainment device for casual users, or a laptop replacement for some professionals.

Last year, Apple surprised us with the release of iPadOS 13.4 in the middle of March. It was supposed to be a routine update, adding a couple of small features, bug fixes, and performance improvements. Instead, Apple added trackpad and mouse support to its entire iPad lineup. At the time, I wrote that it was exactly what the iPad line needed.

Nearly a year later, my feelings haven’t changed. Using the iPad Pro with Apple’s Magic Keyboard with Trackpad has completely changed how I view and use Apple’s tablet, for the better.

The obvious question here is: What should Apple add to iPadOS next? The easy answer at this point is multi-user support, something iPad owners have been asking for for years. However, I have another idea.

My answer: Proper support for an external display. Right now, whenever you connect an iPad to another display, iPadOS mirrors whatever is on the tablet’s screen. There are a few situations where the monitor acts as a preview area for work you’re doing in apps like iMovie or Photos, but it’s very limited, and something I have yet to find useful.

I do a lot of work on my iPad Pro. After the addition of trackpad support, more and more of it has been done with it connected to a monitor. I have a HyperDrive 6-in-1 USB-C hub for my iPad Pro that adds an HDMI port, along with an SD/microSD card reader and a few additional ports. Most of the time, I use a Bluetooth keyboard and mouse.

In CompaniesGaming
on 11 October 20202 min read

While it looks appealing to use the Studio Dock as a standalone device relying on the iPad’s screen, making it a miniature desktop-like computer, it begs to be used with another monitor. But, again, without proper external display support, where the home screen is extended instead of mirror, there’s a disconnect in the experience.

It’s not a question of whether or not the iPad Pro is powerful enough to drive two displays. I’m confident it is, especially after using an Apple Silicon MacBook Pro. It comes down to figuring out a way to expand the iPad experience to more than one screen at a time, which I’m confident Apple can do.

I’d love to connect my iPad Pro to a dock, and have the Mail open on the iPad’s screen while using Safari and iA Wrier in split-screen on an external display. Or any other combination of apps.

Will there be another March surprise from Apple? iPadOS 14.4 is currently in beta, with the release candidate having just been issued to developers and public beta testers this week, and so far, there’s no sign of new iPad features.

Oh well, maybe iPadOS 14.5 is just around the corner.