Democrats and Republicans disagree on how to regulate Big Tech 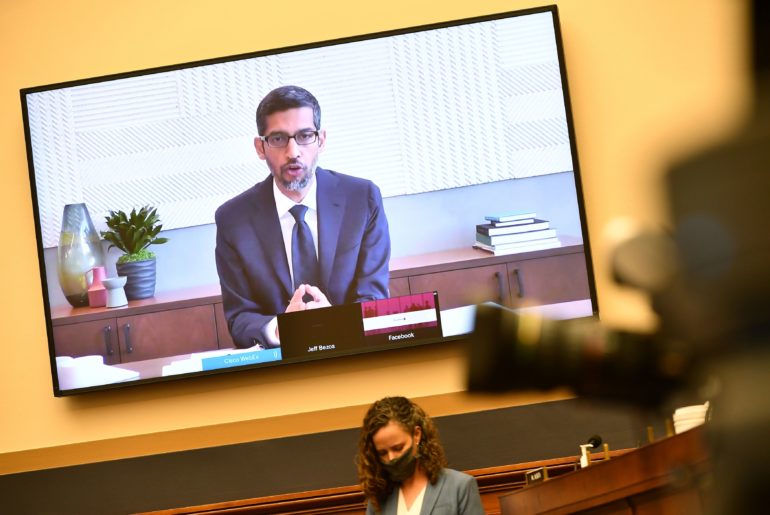 Congressional Democrats sent a clear message to Apple, Amazon, Facebook and Google: You have monopoly power, and you’re now at risk of being broken up.

Following a 16-month investigation into the four Big Tech companies, the House Judiciary subcommittee on antitrust released a blockbuster 449-page report laying out the case for why each company holds monopoly power. It also gave a slew of recommendations for how Congress can tamp that down through a rewriting of the rules.

But the report, which was originally intended to be a bipartisan effort to rein in Big Tech’s power, turned into a partisan battle as the two sides bickered over the next steps.

The result leaves little confidence that any major regulation could come soon. It’s been about four years since lawmakers began scrutinizing the tech industry for its disruptive role in industries ranging from the media to retail, yet no legislation regulating the industry has been passed.

Here are the key things both sides disagree on.

There’s no evidence that the social platforms intentionally censor conservative voices — in fact, Facebook’s own data shows posts from conservative personalities and news outlets are almost always the most popular content on Facebook. The issue has little to do with antitrust law.

Nonetheless, the Republican side hammered the Democratic majority for not taking it into account in the report.

The Republicans also disagree with the Democrats’ recommendation for sweeping changes to antitrust law that could ultimately lead to a breakup of some of the companies. According to a draft of a report by subcommittee member Republican Rep. Ken Buck of Colorado that was viewed by CNBC, the GOP side disagrees with the Democrats’ proposal for a “Glass-Steagall for the internet” law that would force tech firms to distinguish different lines of business.

In his report, Buck called the Democrats’ proposal “a thinly veiled call to break up Big Tech firms,” making it clear that congressional Republicans won’t vote for the sweeping, groundbreaking changes Democrats are hoping for.

There’s a lot of optimism on the Democratic side that legislation based on their recommendations in the report will go through. On Tuesday night, subcommittee member Rep. Pramila Jayapal, D-Wash. told CNBC she thinks there will be “significant legislation” on the matter within the first three to six months of the next Congress.

The Democrats also built a strong case against the four companies, based on reviews of over 1 million internal documents and interviews with experts and competing companies. The report found that Apple has monopoly power over software distribution on the iPhone, Amazon bullies its third-party sellers, Facebook uses its power to acquire or kill potential competitors and Google has complete dominance over online search. (Each company strongly denied the report’s allegations.)

In Apps and WebCompaniesSmartphones
on 8 August 20213 min read

Even if Democrats fail to pass the sweeping antitrust reforms they want, at the very least they created a lengthy, written record of the questionable tactics these companies used to become dominant forces in the industry and global economy. That’s going to be stapled to each company’s reputation for decades.

Even as both sides quibble over the details, they’re in broad agreement that Big Tech wields too much power in the market and that government needs to put more restrictions in place.

One likely starting point: providing more funding for agencies like the Department of Justice and the Federal Trade Commission to scrutinize tech mergers and police potential anticompetitive practices. Each of the companies has virtually unlimited money to fight lawsuits and investigations from the government, and Republicans and Democrats agree that more funding for these agencies will give them a better chance to push back.

Those also happen to be the agencies that are conducting their own investigations into Big Tech. The DOJ is expected to file an antitrust lawsuit against Google any day now. The FTC has its own antitrust investigation into Facebook. And practically every state attorney general in the country is investigating at least one of the four companies in some capacity.

If we see see any real action taken against Big Tech, it’s most likely to come from regulatory agencies than from a divided Congress.