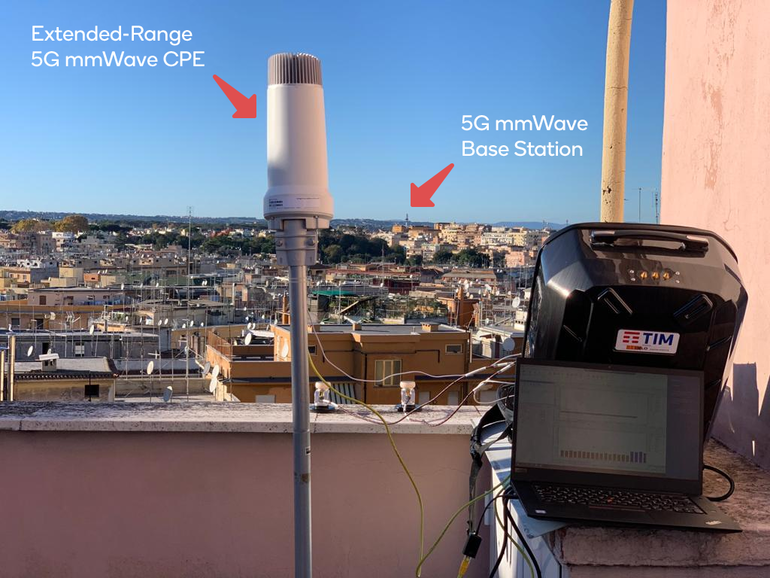 NTT Docomo has turned on carrier aggregation across its 5G networks in Japan on the mid-band n78 and n79 spectrum ranges.

Qualcomm said customers of the telco could hit 5G speeds as high as 4.2Gbps, but the use of a Snapdragon 865 chip is necessary to do so. Devices that have this chip include Samsung Galaxy S20 range, Oppo Find X2, and OnePlus 8.

“The deployment of 5G Sub6-CA, along with 5G mmWave 28GHz band that Docomo began operating commercially in September, will unleash the full potential of 5G and enable accelerated deployment of Docomo’s 5G service areas.”

The switching on of the sub-6Ghz aggregation is touted as a world first.

Last week, Qualcomm claimed a record for “ultra-broadband long distance speed with 5G technology applied to fixed wireless access”. In short, the company was able to get 1Gbps over a distance of 6.5 kilometres using 26GHz millimetre-wave spectrum and a sizeable fixed antenna.

The test was conducted on Telecom Italia’s live network, and was able to hit 1Gbps using a UDP speed test and 700Mbps for TCP. The Ericsson antenna used had extended range software, and Casa Systems AurusAI customer premise equipment was used to receive the signal.

Qualcomm said the test showed 5G could be used to deliver fast broadband to people without a fixed fibre optic connection.

“Through these new 5G fixed wireless access solutions, called Fiber To The Air, an increasingly widespread and efficient broadband coverage to the entire country,” it said.

The setup will be tested soon by “selected users” around Turin in an area without connectivity before other industrial districts will be tested, Qualcomm said.

Last week, Qualcomm launched its latest mobile device chip, the Snapdragon 888, which the company said will support 5G at millimetre-wave and sub-6GHz frequencies on “all major bands worldwide”. It will also support carrier aggregation, standalone and non-standalone modes, and dynamic spectrum sharing.

Speaking with journalists, Qualcomm SVP and general manager for mobile, compute, and infrastructure Alex Katouzian said that Apple putting Arm chips into laptops was a validation of its approach.

“All of those things are validation of what we’ve been preaching and I think the strength is going to come from the fact that our partnership with Microsoft is going to be much stronger and extended into the future.

“I think many, many parties realise that the Windows-based ecosystem needs a boost like this, and we’re the partner of choice to make that happen — so, it’s a great opportunity and a great validation for Qualcomm.”