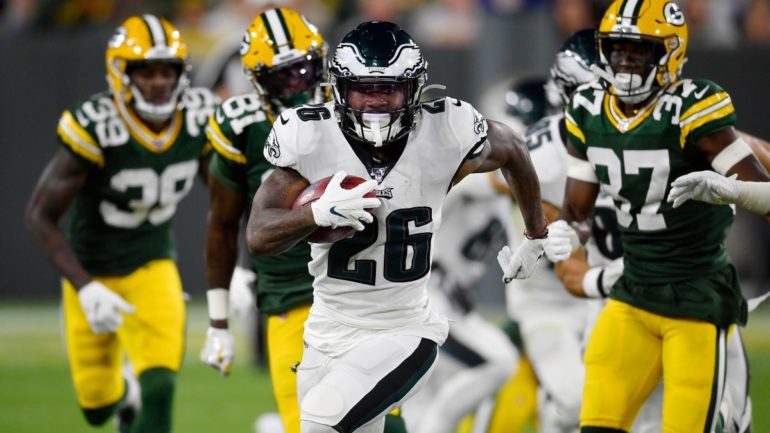 The Packers could all but kill off the Eagles’ slim playoff hopes today, as one of the NFC’s finest franchises host one of its weakest at Lambeau Field. While Green Bay have the NFC North pretty much sewn-up, Philly are a game behind Washington and the Giants in the tattered NFC East, a division that will surely only produce one playoff team. Follow our guide as we explain where to find a Eagles vs Packers live stream and watch all the NFL week 13 action online, no matter where you are in the world right now.

The Philadelphia Eagles vs Green Bay Packers game kicks off at 4.25pm ET/1.25pm PT (9.25pm GMT) at Lambeau Field in Green Bay, Wisconsin. Full NFL live streaming and TV channel details are below – and you can watch your preferred coverage from anywhere by drawing up a clever VPN play.

It’s a clash of QBs at opposite ends of the spectrum. Aaron Rodgers has been typically exceptional for the Packers throughout this campaign, and threw for just the four touchdowns in their blowout victory over the Bears last week. An MVP showdown with Patrick Mahomes surely beckons.

For Carson Wentz it was yet another weekend to forget, as the Eagles signal-caller threw his 14th interception of the season – a league high – and got sacked six times against one of the worst defenses in the NFL. Green Bay’s defense isn’t exactly red hot, but Philly aren’t giving them too much to worry about.

The Saints are the NFC’s current No. 1 seed, but with Drew Brees injured and Taysom Hill not entirely convincing, the Packers could make a rush for top spot and a first-round bye. The Green a Gold are currently the No. 2 seed, and are just one game behind the Saints.

There’s plenty riding on today’s game for both franchises, so read on as we explain how to watch the Eagles vs Packers online and get an NFL live stream wherever you are right now.

How to watch the Eagles vs Packers from outside your country

Today’s Eagles vs Packers game is being shown on CBS, with kick-off scheduled for 4.25pm ET/1.25pm PT.

How to watch the Eagles vs Packers FREE without cable

Pricing starts from $64.99 a month, which is a darn sight cheaper than cable, and there’s even a FREE 7-day fuboTV trial you can take advantage of. That means you can watch today’s Eagles vs Packers game 100% free!

Not interested in signing up for cable or for a streaming service? Yahoo is showing every NFL game that’s being broadcast in your local TV market for free in its Yahoo Sports app, including the Eagles vs Packers.

Today’s Eagles vs Packers clash kicks off at 4.25pm ET/1.25pm PT in Canada, and CTV is providing linear TV coverage.

That obviously means the Eagles vs Packers game is covered, and it’s an absolute steal as DAZN costs just CA$20 a month or $150 a year – there’s even a free DAZN trial deal currently running that will get you access for nothing! Not only do you get every single NFL game, including NFL Game Pass and RedZone access, but DAZN’s also the exclusive Canadian streaming home of Premier League and Champions League soccer!

Packers vs Eagles live stream UK: how to watch the NFL online today

You can tune in to the Green Bay Packers vs Philadelphia Eagles game via the NFL Game Pass Pro, as £143.99 gets you every single game of the 2020/21 season (subject to blackouts) including the playoffs, Super Bowl, RedZone access and more!

Presidents’ Day sales 2021: the date and what deals we expect to see

How to watch Packers vs Eagles: live stream NFL in Australia

If you live in Australia and want to watch the NFL this season, you have several options to do so and are generally well covered.

The Packers vs Eagles game is being shown in Oz via the NFL Game Pass, which gives you access to every game around. Kick-off is set for 8.25am AEDT on Monday morning.

Not in Australia but still want to catch the action on Game Pass? Grabbing a VPN will let you log into an Australia IP address so you can live stream NFL as if you were at home.

If you’re not interested in a subscription just for watching NFL, an average of five games per game week are shown on Foxtel and Kayo Sports.