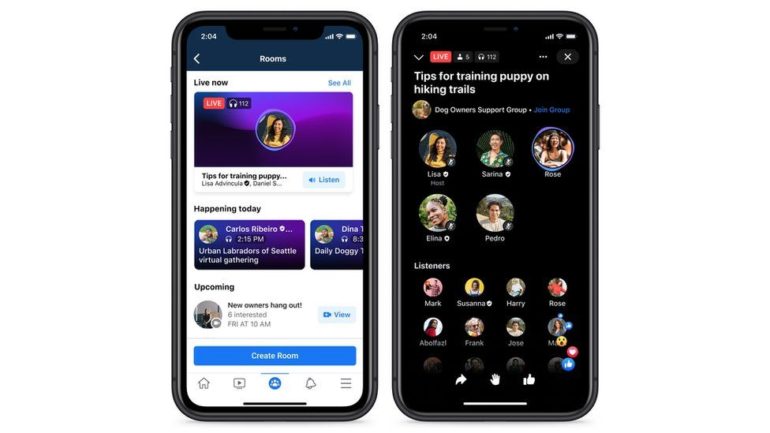 The head of Facebook’s app, Fidji Simo, told CNBC the social media giant has been working on audio for years as it prepares to launch its Clubhouse rival.

Earlier this week, Facebook CEO Mark Zuckerberg said his company is building a product where users can engage in real-time conversations with others, as they can on Clubhouse.

Asked if Facebook looked at the success of Clubhouse before announcing its rival product, Simo told CNBC’s Deirdre Bosa: “Audio has been on our mind for a very long time.”

Simo went on to say that the technologies used to power Facebook’s Clubhouse rival, known as Live Audio Rooms, have been in development for many years.

“The artificial intelligence that’s required to bring these magical audio creation tools that can make you sound like you’re next to a beach or near a river, or can change your voice to sound like an alien, all of that are technologies that we’ve been building for a very long time,” she said. Another example is spatial audio, she said, adding that Facebook users will soon be able to “place people around the room so that when you listen to the content … you’re in the room with them.”

“All of these technologies take a very long time to build, and it’s something we’ve been working on obviously for many years,” said Simo. “In addition to that, I’ll say that all the investments in video over the last … five to six years, have really informed what we do with audio now. We see audio as being very complementary to all the formats we already offer.”

Facebook has been known to copy products from social media rivals such as Snap, and The New York Times in February reported that the company was working on a product to compete with Clubhouse, a fast-growing San Francisco start-up that popularized real-time audio rooms.

But the buzz around Clubhouse is now being called into question.

Microsoft will let employees work from home half the time

In Apps and WebComputer science
on 10 October 20201 min read

Clubhouse became popular when people weren’t allowed to go outside as much, due to coronavirus lockdowns, but the iPhone app’s download numbers have dropped as restrictions have eased in places like the U.S. and U.K.

Simo admitted that live audio “has a lot of challenges,” but she pointed out that Facebook is launching multiple audio formats that will allow people to listen when they can.

In addition to Live Audio Rooms, which will launch this summer, Facebook is planning a short-form audio product called Soundbites. It is also working on a feature that will allow users to discover, share and listen to podcasts within the app.

The full interview will be aired on CNBC World in the coming weeks.