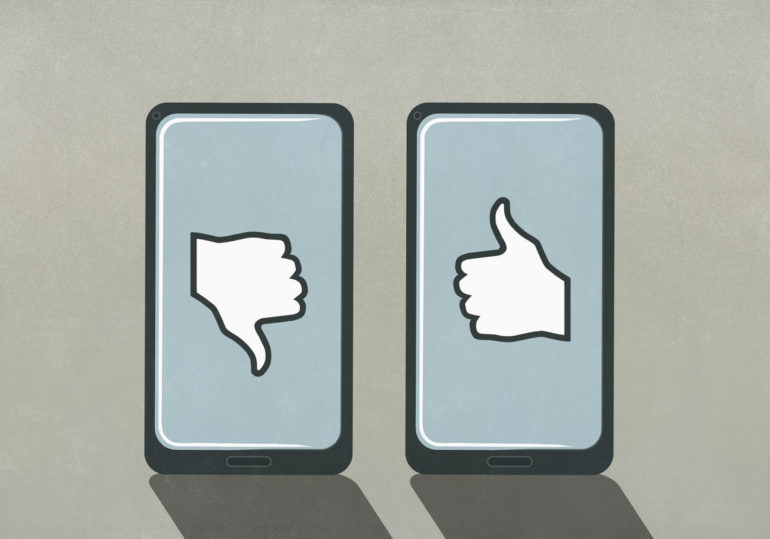 On certain days, I dream.

I dream that all viruses will disappear, all people will learn to dance and at least some tech companies will embrace (relative) honesty as a guiding light.

Today isn’t one of those days, as I must contemplate Facebook, the ill-shaped birthmark on tech’s barely hirsute visage.

Should you have recently been living in a Redwood tree, you may not know that Apple has forced apps to display a notice asking you whether you want the app to track you all over the web until the end of time.

Facebook is unhappy about this because it makes money by tracking you all over the web until the end of time. (And, I’m sure it hopes, beyond.)

So, as noticed by former Obama White House senior adviser Ashkan Soltani, Facebook is attempting to frighten its users — both on the iOS Facebook app and the iOS Instagram app.

It’s placed its own little notice intended to finesse iOS types into consenting to tracking. The notice leans on users’ vast enthusiasm for more personalized advertising. It offers the hoary reasoning about tracking being performed to mainly help small businesses.

But there’s a third joyous nugget: “Help keep Facebook free of charge.” The same threat is offered to Instagram users.

Many may admire the chill-hearted cynicism.

Facebook appears willing to try any ruse it can to get more iOS users to let tracking continue. Because, some may imagine, Facebook is afraid it might get kicked in the profits.

And I, for one, begin to dream.

Facebook would be clear about what sort of business it was.

They’d be in a position to expect service, as opposed to the automated wasteland that is Facebook’s cursory nod to responding to user concerns.

They might even be able to work out how Facebook’s privacy controls really work and demand even greater simplicity — not unlike the very clear pop-up Apple is offering app users.

In AICompaniesGaming
on 7 July 20219 min read

That dream was short and is now over.

Facebook will no more charge for its service than it will stop its site from being used as a prop for various dubious governments.

Mark Zuckerberg is onto a very good thing and has been for years.

Yes, he’s worried about people not only caring about privacy but being offered simple ways to do something about it. Ultimately, however, it’s the money that moves at Facebook.

When someone threatens in such a brazen manner, believe what they say. I do.

Just as I believe Zuckerberg has his own way of preserving his privacy: wear an unreasonably comic amount of sunscreen.