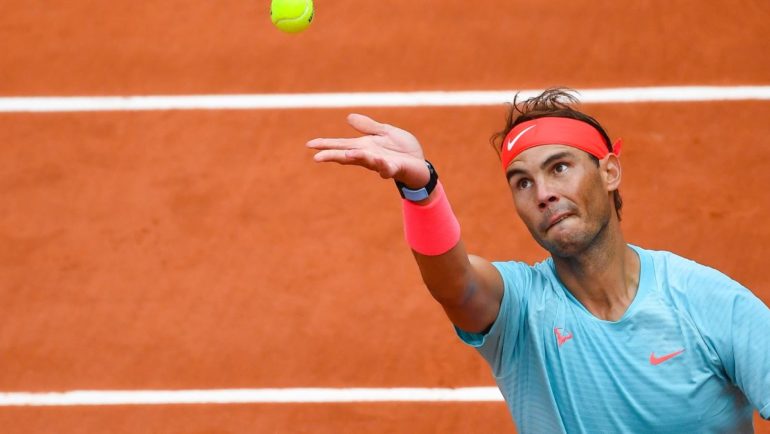 The usual suspects and some bright new faces dazzled at last year’s French Open, so expectations at Stade Roland Garros are sky-high this fortnight. You can watch every serve with a 2021 French Open live stream no matter where in the world you are – read on for all the details and how you can watch the tennis including ways to see it absolutely FREE.

This year’s French Open gets underway with two of the greatest ever tennis players under pressure: Roger Federer having skipped the past three majors through injury, and Serena Williams looking for her first grand slam title since 2017.

Men’s world No. 1 Novak Djokovic has only won one French Open but always looks tip-top, and he started this season in typically menacing fashion by winning February’s Australian Open.

Naomi Osaka missed last year’s French Open through injury, but looked unstoppable at the US and Australian Opens. However, it’s Ashleigh Barty who enters as top seed, in her first grand slam tournament appearance outside Australia since the 2019 US Open.

It’s the second grand slam of the year, and here’s how you can live stream French Open 2021 tennis action from wherever you are in the world.

Who has a free French Open tennis live stream in 2021?

Unlike with some tournaments (US Open, we’re looking at you!), tennis fans in some regions get lucky when it comes to Roland Garros, which is free-to-air in some countries around the world.

On UK TV, you can get a free French Open live stream courtesy of ITV4 and, more specifically, its ITV Hub streaming service – available either right through your web browser or as an app for mobiles, tablets, set-top boxes, select smart TVs, consoles and more. It can be used by anyone in the UK 100% free – registration takes seconds and you only need a working email address and full UK postcode (such as SW1A 1AA for Buckingham Palace) to get streaming.

If you prefer your coverage local, then French TV has you covered, too – specifically France TV Sport. It’s showing 11 hours of action each day (but will swerve the night sessions), with the only prerequisite being located in France – you don’t even have to register!

There’s even a free way to watch the French Open in Australia via Channel 9 and the 9Now streaming service – details below.

If you’d normally watch one of these options but can’t because you’re abroad right now, don’t sweat it. Just read on to find out how using one of the best VPNs is an easy way to take your favorite streaming services with you wherever you are – right now, ExpressVPN is the way to go.

If you’re abroad during the French Open, you’ll likely find you’re unable to access your domestic tennis coverage like you would at home. This isn’t necessarily cause for alarm, but rather the result of geo-blocking – best understood as digital borders that restrict certain services and content to certain parts of the world.

Fortunately, there’s a convenient way around this in the form of a VPN. This is a nifty bit of software that lets you swerve around these digital borders, thereby allowing you to globe trot and still access your preferred Roland Garros live stream. It’s a completely legal workaround, very affordable, and super easy to use – allow us to explain more.

As usual, all the action from Roland Garros is being shown in the UK on ITV4, which means anyone can watch a French Open live stream using the channel’s ITV Hub platform. Just make sure you have a valid UK TV license, of course.

For added on-the-go viewing convenience, ITV Hub has an excellent app that’s available on nearly anything that plugs in these days – just give it a search on your device of choice.

Play typically starts at 10am BST each morning, and extends through the day and deep into the evening.

If you’re from the UK but not at home right now, you can still get your 2021 French Open fix by grabbing a VPN.

How to live stream French Open tennis for FREE in Australia

Once again, Aussie tennis fans can watch all of the French Open action without paying a penny thanks to Channel 9 and 9Gem, which are FREE to watch.

That means you can also fire up a French Open live stream on the 9Now streaming service, which is completely free to use too.

Die-hard tennis fans might want to take a look at Stan Sport, which is live streaming every match on every court, ad-free. A subscription costs $10 per month (on top of a $10 Stan sub), but you can take advantage of a 7-day FREE trial.

If you’re currently out of the country but want to watch a French Open live stream, you’ll need to get yourself a VPN.

How to watch the French Open: live stream Roland Garros 2021 tennis in the US

In the US, French Open coverage is split between NBC Sports and the Tennis Channel.

Play typically starts at 5am ET / 2am PT each morning, and extends into the late afternoon.

Best camping gear in 2021: Tech to help you get away

If you have NBC Sports on cable already, you’re all set and can watch the tennis from Roland Garros via the network’s website – just log-in with details of your cable provider.

If you don’t have cable don’t sweat it, you’ve still got plenty of options.

Of the many and varied options, the best for tennis fans wanting to watch a French Open live stream is Sling TV. The Sling TV Blue package costs just $35 a month and includes NBCSN.

But even better, Sling is currently offering new subscribers a fantastic bargain – right now you can save big bucks with this Sling TV deal, which lets you get a whole month of Sling Blue for a mere $10.

Throw in its Sports Extra add-on for an extra $11 a month to get the Tennis Channel and more and you’re done – for WAY less than cable!

Alternatively, fuboTV is an even more complete end-to-end cable replacement services, which offers both NBCSN and the Tennis Channel on plans starting from $64.99 a month for over 120 channels. And, better still, it offers a FREE FuboTV trial.

If you’re outside the US right now you can always use a VPN to get access to your home coverage.

In Canada, you can watch the French Open on English-language TSN or French-language RDS – but they’re premium channels that typically come with a pay TV package.

If you get them as part of your cable deal, then you’ll just be able to log in with the details of your provider and get access to a Roland Garros live stream.

If you don’t have cable, then you can subscribe to TSN or RDS on a streaming-only basis from just CA$4.99 a day or (much better value) $19.99 a month.

Play typically starts at 5am ET / 2am PT each morning, and extends into the late afternoon.

If you decide to subscribe or already have, remember you can take your favorite sports streaming service with you wherever you go – just try our No. 1 overall rated VPN 100% risk-free for 30-days and follow the instructions above.

How to watch the French Open: live stream tennis in New Zealand

Live French Open coverage in New Zealand comes courtesy of Sky Sport, which is available as part of a range of pay TV packages.

Subscribers can watch online using the country’s Sky Go service, while cord-cutters and anyone else can try the Sky Sport Now streaming-only platform – where a weekly pass costs just $19.99.

Play typically starts at 9pm NZST each evening, extending through the night and early hours, into the following morning.