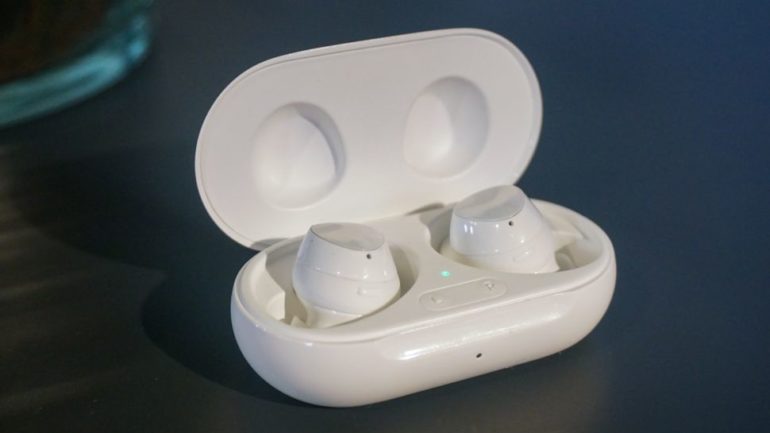 Last year, Samsung bundled the Galaxy Buds Plus with Galaxy S20 Plus pre-orders. This year, Samsung may look to bundle new wireless earbuds with its Galaxy S21 smartphone lineup — and we’re fairly certain what they’re called.

The filing doesn’t say much beyond that. In the trademark application, it lists out an “Identification” section that mentions ‘wireless earsets’ and some potential features, but surrounded by many, many other unrelated categories like wearables, flash drives and DVD players.

While we haven’t seen evidence yet, it would make sense that ‘Beyond’ would be a fitting successor to the ‘Plus’ Buds that released earlier in 2020 as the next version of Samsung’s chunkier true wireless earbuds. However, it is theoretically possible that they could be the new replacement for the bean-shaped Galaxy Buds Live instead, which shipped with the Galaxy Note 20 smartphone.

Regardless, all of the latest rumors suggest that the Galaxy S21 smartphone could launch in January 2021. And if Samsung stays consistent and releases new wireless earbuds to go with the new phone, then we could see Samsung Galaxy Buds Beyond in January 2021 as well.

On the other hand, we’ve also heard rumors that Samsung is considering selling its smartphones solo and no longer bundling earbuds with them, which could mean that the Buds Beyond aren’t particularly tied to the S21 launch schedule.

In our review of the Galaxy Buds Plus, we praised them for their improved battery life compared to the original Galaxy Buds, and for their dual-driver audio performance. But they arguably fell short compared to comparably priced wireless earbuds like the Apple AirPods Pro.

These stickers could save your life

In CompaniesSmartphones
on 11 October 20202 min read

We hope that the hypothetical 2021 Galaxy Buds Beyond will, for starters, improve on the Plus’ weak IPX2 water resistance so they’re more durable during workouts and bad weather.

Our reviewer was also unimpressed that the Buds Plus lacked any noise cancellation or reduction, which could be remedied with the Beyond buds. And while the audio quality was good with the Buds Plus, there’s definite room for improvement, including jacking up the bass and improving Samsung’s limited audio codec support.