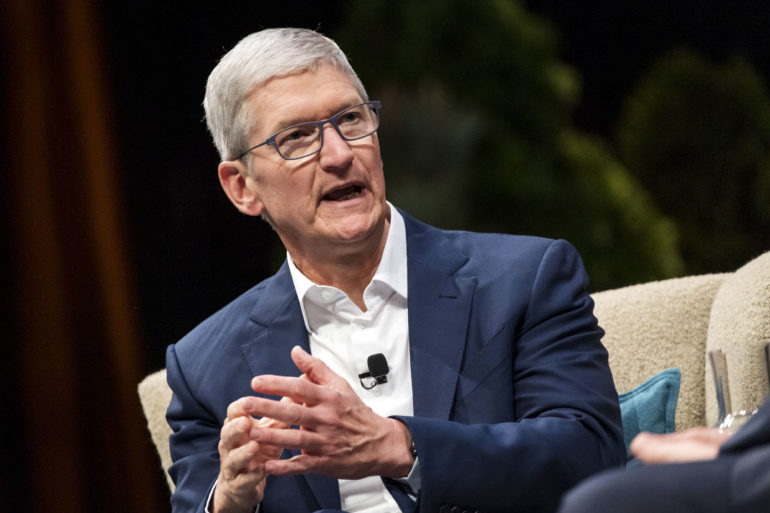 Some app makers who rely on mobile distribution from Apple and Google are scared at how much power the tech giants have over their businesses, according to congressional testimony delivered Wednesday.

The hearing brought together representatives from Apple with Google and several of their most outspoken critics, including Match Group, which owns dating site Tinder; Tile, which makes devices that help users find lost objects and faces new competition from Apple’s AirTag technology; and streaming music service Spotify.

The hearing comes as lawmakers on both sides of the aisle are working on updates to the antitrust laws that could better account for the power a few tech giants hold over many digital markets. That includes the ability of platforms like Apple and Google to manage the main distribution platform for apps while increasingly hawking their own competitors.

Throughout the hearing, the app makers expressed fear over how easily either company could undercut their businesses by making small changes to their app store rules. They also complained of high fees for in-app purchases and unclear enforcement of standards.

Multiple executives accused Apple and Google of threatening their businesses.

Sine said Google called Match Group on Tuesday night after his testimony became public to ask why his testimony differed from the company’s comments in their latest earnings call.

On the earnings call, Match executives had said they believed they were having productive conversations about Google’s 30% in-app payment fee through its Google Play store. But in testimony, Match complained that Google had made “false pretenses of an open platform” and complained about its “monopoly power.”

Google Senior Director of Public Policy and Government Relations Wilson White said it sounded like employees working in Google’s business development team reached out to ask an “honest question.” Wilson said he didn’t view it as a threat “and we would never threaten our partners” because Google needs app developers to use its app store in order for it to be successful.

Klobuchar said she planned to look into the matter further.

Spotify Chief Legal Officer Horacio Gutierrez said he could think of “at least four clear examples of threats and retaliation” from Apple after Spotify decided to speak out about alleged anticompetitive behavior and Apple’s fees for developers on digital products purchased through its platform. That included threats of removing Spotify’s app, refusing to promote it, or waiting for months for minor app updates to be approved, he claimed.

“They’ve basically thrown the book at us in order to make it hard for us to continue to sustain our decision to speak up,” he said.

Many app makers have complained about the fees gatekeepers charge for in-app purchases for digital services.

Gutierrez complained of what he called Apple’s “gag order” over how it can communicate with its own users about how to upgrade to its paid version.

For instance, Spotify allows customers to upgrade only outside of its iOS app in order to avoid Apple’s 15% to 30% commission fee on digital services purchased through its platform. But because Spotify doesn’t sell the paid service through its iOS app, Apple also doesn’t let the app maker talk about upgrades with customers through the app — instead, users have to upgrade through a web browser on a PC or another method.

At the same time, Apple operates a competing service, Apple Music, which has no such restrictions. Gutierrez claimed this gives Apple’s version an unfair advantage.

Representatives from Apple and Google both told lawmakers that their fees for developers are meant to cover the costs that go into distributing apps through their platforms and securing them appropriately. Apple Chief Compliance Officer Kyle Andeer compared the services offered on the App Store today to the cumbersome and expensive process app makers had to pursue to distribute their apps before the App Store existed.

White cast the group as a set of “small but vocal” voices of “primarily large companies.” He said he worried that in trying to satisfy their complaints, “we damage the very foundation that has allowed the Android open source ecosystem to work so well for a much larger set of small and medium-sized businesses.”

In addition to complaints about fees, developers worried that Apple’s own rival products incentivized it to make unfavorable decisions toward them.

In Apps and WebCybersecuritySmartphones
on 13 May 20213 min read

For example, Tile General Counsel Kirsten Daru said the company had asked Apple for permission to use ultra-wideband (UWB) technology on iPhones to make its item-tracking technology more precise than it can be using only Bluetooth. She said Apple had refused the request, then reserved the technology for its own competitive AirTags, which it announced on Tuesday.

While Apple is rolling out a way for third-party developers to build on the more precise location data, Daru said that in other to access that, “we have to give Apple unprecedented control over our business and directed customers to the Find My app to find their lost items.”

Andeer argued AirTags is a separate product from Tile, which currently has majority of the market share for the space, and that opening tools to more third-party developers will encourage competition.

App makers also complained that Apple’s enforcement of its app store rules can appear arbitrary and delay the launch of key features. Apple may tell developers which rule they’ve violated, but not exactly how or what to do to fix it, Sine said.

He said Tinder had tried to submit a version of its app with a feature aimed at protecting its LGBTQ+ users by notifying them when they were in a country where they could be at risk of exposing their sexuality or gender identity. Sine said that it took two months and a conversation between top executives of Match Group’s owner IAC and Apple to sort out the issue.

An exchange between subcommittee Ranking Member Mike Lee, R-Utah, and Andeer revealed how complex Apple’s App Store rules can be.

Lee asked Andeer to differentiate between why a paid service through Tinder might incur a commission while one for Uber would not. Andeer explained an Uber customer is paying for a non-digital service — a car to show up to their house — while they don’t expect the same return from Tinder, saying that would be a different service, in what appeared to be a insinuation of sex work.

The app makers emphasized their reliance on the app stores because of their unprecedented access to consumers. But, they argued, it’s not the symbiotic relationship that Apple and Google like to paint.

“We are not successful because of what Apple has done, we have been successful despite Apple’s interference,” Gutierrez said. “And we would have been much more successful but for their anticompetitive behavior.”