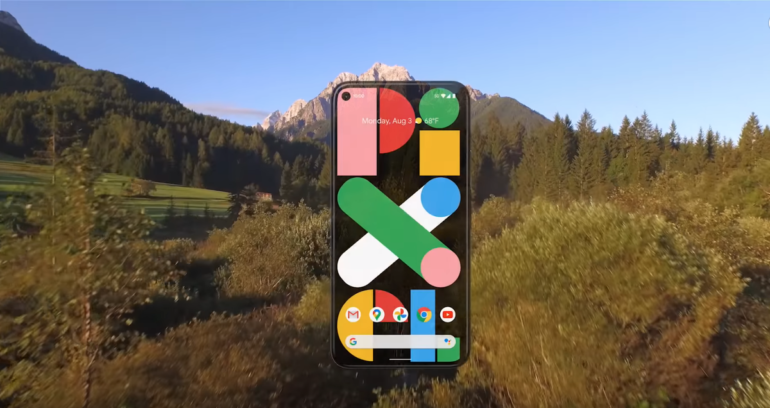 Please prostrate yourself on my purple chaise-longue and answer me this: When was the last time Google incited you to buy one of its Pixel phones?

Then answer me this: When was the first time?

Somehow, the Pixel has been like an artist with a cult following who never has a big hit, but whose finest song may appear in an ad one day. An iPhone ad.

The phones themselves have been occasionally inconsistent. Yet suddenly, Google believes it’s found a way to mesmerize you into switching to one.

The idea? Making you switch mindfully.

It’s such a modern concept, one that appears to involve being conscious of what you’re actually doing. Or does it involve being entirely unconscious while you’re achieving greatness? I’m not entirely sure.

I am sure, though, that Google’s new four-and-a-half-minute meditation on switching to a Pixel is a masterwork of sorts.

The voice is that of a whiskey-whispering young woman who’s just graduated first in her psychology class.

Even though the steps to switching are clear and simple, she says, it’s natural to feel a little hesitation.

“I know what you’re thinking. If this process is so fast and effortless, why is this video so long?” says the wise voice of enlightenment.

Well, she explains, the process is easy but your mind needs time to calm down. Is it because of the excitement inherent in being part of a very small crowd — Pixel users? Is it because you’re experiencing a tinge of fear?

Here, Google is trying to hypnotize you into believing that switching to a Pixel is the most relaxing move you can make. When it comes to phones, that is.

“I like to turn my Pixel on using telekinesis,” says our deep narrator. There are so many sentences one can imagine should follow this one. Google’s writers chose: “But when you did it, you probably held down the button on the right-hand side.”

Microsoft to look beyond Calibri as default font

In Apps and WebComputer science
on 28 April 20212 min read

Her description of how the Pixel transfers all of your selfies, apps, and other vital organs from your old phone is worth listening to over and over again. Just for its sheer twisted joy.

As she calms your mind, she whispers: “You can’t mess this up as long as you trust the process.” (A line borrowed, perhaps, from a former general manager of the Philadelphia 76-ers, Sam Hinkie.)

If only Google could itself have trusted that the process of selling phones doesn’t merely involve releasing them and expecting people to buy them just because.

One can fully appreciate the entertainment talent that went into the making of these four-and-a-half minutes, while simultaneously fearing this ad may not have a sufficient effect.

It just makes you feel a little better about the brand, which is, in its way, a triumph.

Yet a recent study showed that 35% of current Pixel owners are mindful to switch to another brand for their next phone.

That’s a lot of people Google has to suddenly calm.