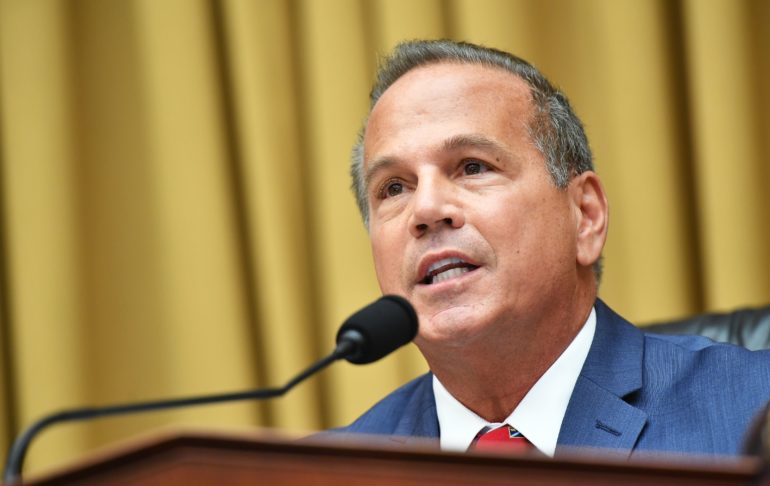 After a 16-month investigation into competitive practices at Apple, Amazon, Facebook and Google, the House Judiciary subcommittee on antitrust has released Tuesday its findings and recommendations on how to reform laws to fit the digital age.

In a nearly 450-page report, the Democratic majority staff laid out their takeaways from hearings, interviews and the 1.3 million documents they scoured throughout the investigation. They conclude that the four Big Tech companies enjoy monopoly power and suggest Congress take up changes to antitrust laws that could result in parts of their businesses being separated.

You can read the full report here.

The recommendations from Democratic staff include:

Imposing structural separations and prohibiting dominant platforms from entering adjacent lines of business. This means that the Democratic staff recommends solutions including forcing tech companies to be broken up or imposing business structures that make different lines of business functionally separate from the parent company.  Subcommittee Chairman David Cicilline, D-R.I. has previously referred to this method as a type of “Glass-Steagall” law for the internet, referring to the 1930s era law that separated commercial from investment banking.Instructing antitrust agencies to presume mergers by dominant platforms to be anticompetitive, shifting the burden onto the merging parties to prove their deal would not harm competition, rather than making enforcers prove it would.Preventing dominant platforms from preferencing their own services, instead making them offer “equal terms for equal products and services.”Requiring dominant firms to make their services compatible with competitors and allow users to transfer their data.Overriding “problematic precedents” in antitrust case law.Requiring the Federal Trade Commission to regularly collect data on concentration.Increase budgets for the FTC and Department of Justice Antitrust Division.Strengthen private enforcement by eliminating forced arbitration clauses and limits on class action lawsuits.

Republicans have voiced objections to some of the bolder proposals in the report, like imposing structural separations. Rep. Ken Buck, R-Colo., a key ally of the subcommittee majority who has been in favor of antitrust reform, has prepared his own response to the report outlining areas of “common ground” and “non-starters,” according to a draft version obtained by CNBC. A GOP spokesperson confirmed to CNBC that Judiciary Committee Ranking Member Jim Jordan, R-Ohio, plans to release his own response about allegations of platforms’ bias against conservatives, which the companies have repeatedly denied. Axios first reported the news of Jordan’s planned response.

Buck stressed in his own response, however, that he is supportive of the investigation and its findings and continues to push for bipartisan antitrust reform.

The Democratic report found that the four tech companies enjoy monopoly power in the following areas:

In CompaniesComputer science
on 20 May 20211 min read

This story is developing. Check back for updates.