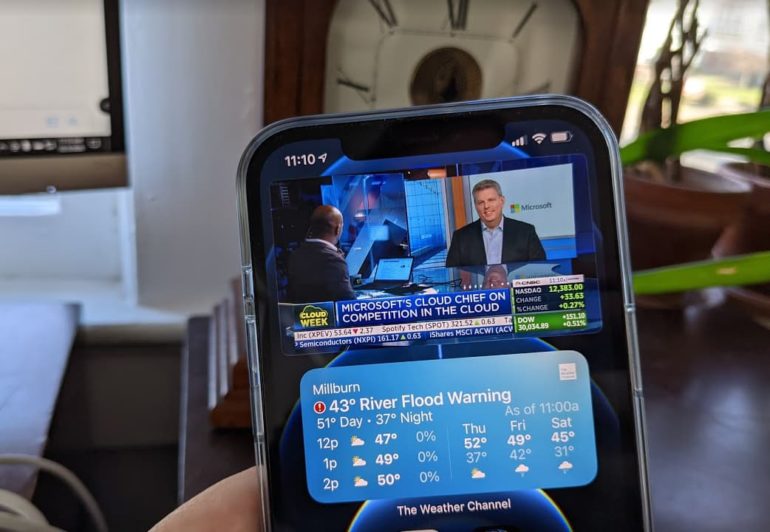 Apple’s latest iPhone update released in September, iOS 14, includes a new picture-in-picture option that lets you continue watching a movie, TV show or FaceTime video chat while you’re doing other stuff on your iPhone, such as checking email or sending messages. The video just plays in a small window instead of full screen.

The feature has been available on iPads for a while, so you may be familiar with it, but it’s useful if you want to sit in bed and catch up on the latest episode of your favorite TV series while texting with friends at night. Or if you want to check email and stream CNBC at the same time. It works with a lot of apps including Netflix, HBO Max, Hulu, Apple TV and more. If you want, you can start a FaceTime video chat with someone and carry on chatting while you check email or do something else.

It’s pretty straightforward. This is all you do:

In CompaniesSmartphones
on 1 April 202118 min read

Open the app you want to use, such as Netflix.Start playing a movie or TV show.Swipe up from the bottom screen after it starts playing, as if you’re closing the app.The video will start playing in a small window on your screen.You can resize the window by pinching or pulling it to make the video even bigger.Tap the video again and select the resize button in the top-right to bring it back to full screen.