How to watch Autumn Nations Cup rugby on Amazon Prime Video: all you need to know 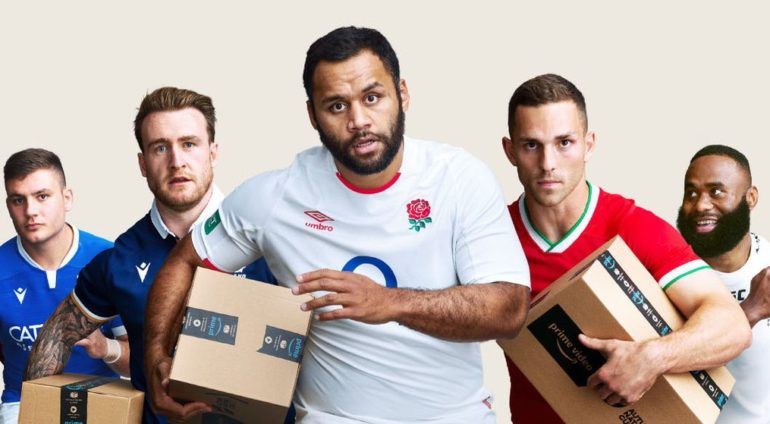 There’s a big shake-up in international rugby this month, and you have the chance to live stream Autumn Nations Cup from November 13.

Amazon has got its hands on exclusive live broadcast rights to the majority of matches of this new tournament, with nearly every game set to be shown live and in full via the internet giant’s Amazon Prime video streaming service.

No rugby fan will want to miss out, and below we’ll show you how to get in on the action – in some cases for free.

What is the Autumn Nations Cup?

Born out of the disruption of the 2020 rugby calendar thanks to the Coronavirus, the Autumn Nations Cup is a new international competition between England, Wales, Scotland, Ireland, France, Italy, Fiji, and Georgia.

It is a completely separate tournament to the 2020 Six Nations, which was completed last month.

The initial three weekends of the competition will see each nation play the other three teams in their group. Each team will then face off against the team ranked in their same position in the opposite pool in order to determine final placings.

When will the Autumn Nations Cup be on Amazon Prime?

While terrestrial broadcaster Channel 4 will be showing Friday’s opening match of the tournament between Ireland vs Wales (13 November), Amazon then has almost total exclusivity in showing matches live on its streaming service, starting with Italy vs Scotland on Saturday (14 November) .

The internet giant has secured the live rights to all but two of the 16 matches in the tournament and has exclusive access to the entire Finals Weekend in December.

To watch all this top-drawer rugby action you’ll need to be an Amazon Prime subscriber. You can sign up here – a year’s subscription costs £79 a year or £7.99 a month.

How do I watch Autumn Nations Cup on Amazon Prime?

You can access Amazon Prime on a ridiculously wide array of device – with dedicated apps available across all types of smart devices.

If you’ve got a TV, Blu-ray player or other media player from the last couple of years chances are it’ll have the Amazon Prime Video app either pre-installed or available from its app store. There are also bespoke apps for Android and iOS.

The only real black spot is desktop – unlike Netflix, there’s currently no Windows 10 app to use Prime Video on a computer meaning you need to go via the main Amazon website.

Can I live stream Autumn Nations Cup for free?

That all depends if you’re new to Amazon Prime. That’s because Amazon is still offering a 30-day free trial to those signing up to the service for the first time.

If you’re a newcomers to the service, you can sign up at the start of the month and you’ll be able to watch all of the service’s matches between now an early December for nada!

What else do I get with Amazon Prime?

The benefits of being a Prime member don’t just end with having access to Amazon’s video streaming service.

The other major plus is it gives you access to unlimited one-day (and for some areas same-day) delivery on millions of eligible items from the Amazon web store.

On top of that, you’ll also be eligible for exclusive Amazon Black Friday deals and early Cyber Monday deals.

On top of that, you’ll also get unlimited photo storage on Amazon Cloud Drive with Prime Photos, plus exclusive access to Prime Music to stream or download tracks and albums.

And there’s more – you can check the full list of benefits here.

Can I watch Amazon Prime video from abroad?

As with other streaming services like Netflix, iPlayer, Disney Plus, Amazon Prime video uses geo-blocking, meaning you can’t watch your usual catalogue of shows and streams when overseas.

That means if you’re away from the UK but still want to watch the Autumn Nations on your Prime account, then your best bet is to download and install a VPN and then log in to a UK IP address.

We’ve tested all of the major VPN services and we rate ExpressVPN as the absolute greatest out there. It’s compatible with loads of devices (e.g. Amazon Fire TV Stick, Apple TV, Xbox and PS4) and streaming services, ranks amongst the fastest and most secure, and even has an available 30-day money back guarantee so that you can effectively try before you buy. That said, an annual plan currently has 3 months extra free which is much better value.

And one of the things we like most about ExpressVPN is the super helpful 24/7 customer service. If you’re having any problems at all connecting, they’ll be on hand to sort you out.

Where else can I watch Autumn Nations Cup matches?

As mentioned above, free-to-air terrestrial broadcaster Channel 4 has exclusive rights to show the Ireland vs Wales tournament opener on Friday, November 13.

The channel will also be sharing live coverage of England vs Ireland on November 21 and will also have sole rights to show Ireland vs Georgia on November 29.

That means that if you’re in the UK,  you’ll be able to watch those matches online via the network’s All 4 streaming service.

Welsh language free-to-air channel S4C meanwhile will be showing Wales’s three pool matches, against Ireland, Georgia and England, plus their fourth game on Finals weekend, live. You can watch S4C’s coverage via its linear TV channel, the S4C Clic streaming service, or via BBC iPlayer.

What Autumn Nations Cup fixtures will be shown by Amazon Prime?

England vs Ireland, 3pm on 21 November – Channel 4 and Amazon