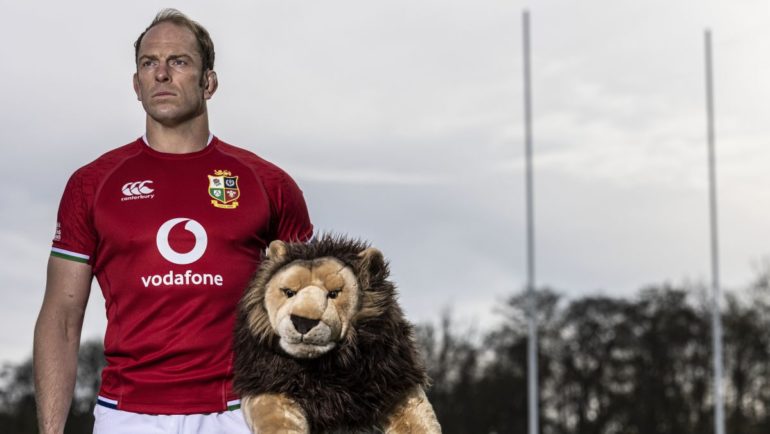 Billed as “rugby’s greatest adventure”, Warren Gatland’s British and Irish Lions are heading to South Africa to resume old hostilities. Read on as our guide explains how to watch every Lions Tour 2021 match online and get a live stream from anywhere in the world.

Out to avenge their series defeat to the Springboks during their last tour of South Africa in 2009, the Lions will play eight matches in three cities. After a warm up in the UK against Japan on free-to-air Channel 4 this Saturday, the tour kicks off properly in Johannesburg before heading to nearby Pretoria, with the Lions’ first Test against the reigning world champions set to take place in Cape Town on July 24.

The tour has looked in some doubt in the run up to the first game at Ellis Park Stadium on July 3, amid concern over a third wave of Covid-19 sweeping South Africa.

Neverthless, organisers claim the series is all set to go ahead, with each game currently set to take place behind closed doors and the 37-man Lions squad set to train and play in a coronavirus bubble with camps in both Johannesburg and Cape Town.

Gatland’s section for his squad has seen Bundee Aki, Andrew Porter and Jack Conan of Ireland, all in but Johnny Sexton, James Ryan and Garry Ringrose were all left out of his 37-man selection. Wales lock Alun Wyn Jones will be tour captain on what will be his fourth overseas trip with the Lions.

While you won’t need us to tell you that South Africa are world champions, following their impressive campaign in Japan in 2019.

Excited? Then follow our guide as we explain all the ways to get a 2021 Lions Tour live stream wherever you are right now.

While free-to-air Channel 4 and its All4 service will be showing highlights of each Test, actual live coverage of all eight matches of the British and Irish Lions tour of South Africa will be broadcast exclusively on Sky Sports.

The pay-TV network will be showing all three Tests which take place on successive Saturdays on 24 July, 31 July and 7 August, as well as the five preceding tour matches.

If you’re looking to watch matches from the tour but don’t fancy being locked in to a long, expensive contract, consider the more flexible streaming option, Now TV.

If you’re outside the UK and want to watch your cricket coverage at home, don’t worry about geo-blockers – just pick up a good VPN and follow the instructions above to safely live stream the action.

Not in the UK for the 2021 Lions Tour? No worries – residents of the country can just download and install a VPN to port themselves back home to a UK location, then watch live as usual.

If you’re outside your country of residence – whether that be the UK or anywhere else – and try to start streaming the rugby via your native broadcaster, you’ll soon discover that you can’t, as it’s location restricted. But there is a way to tune in regardless.

By downloading and installing a VPN, you can effectively trick your computer into thinking that it’s back at home. That way you can enjoy your home coverage without having to find an illegal stream – assuming you comply with the broadcaster’s fine print, of course – specifically its terms and conditions.

What is the British and Irish Lions 2021 schedule?

NBC Sports has the rights to show all three Tests of this tour, alongside the five preceding tour matches.

Watching rugby on NBC used to mean coughing up the best part of $80 for an NBC Sports Gold Rugby Pass, but not anymore. NBC’s Rugby Pass has been absorbed into its excellent new streaming platform, Peacock TV, which makes rugby more accessible to US fans of the sport and ex-pats living in the States than ever before.

For starters, Peacock costs just $4.99 a month for an ad-supported service that gets rugby fans not only the Lions Tour 2021 but also features Premiership Rugby and Heineken Champions Cup coverage as well (plus loads more premium sports coverage, TV shows, and movies). Alternatively, you can pay a $10 a month for commercial-free coverage.

And best of all, Peacock even offers a FREE 7-day trial you can take advantage of.

If you’ve already hopped on the Peacock bandwagon but are abroad during the 2021 Lions Tour, don’t forget that you can still tune in like you at home with the help of a good VPN.

In CompaniesSmartphones
on 13 November 20203 min read

How to watch a Lions Tour live stream in Australia

Streaming service Stan has a bit of a coup on its hands after snapping up exclusive live broadcast rights Down Under for the entire British and Irish Lions Tour. The streaming service will be showing the games on its new Stan Sports platform.

However, the service is currently offering a FREE 7-day trial of the add-on, which if timed right, should allow you to watch a couple of the Tour matches for nada.

Who won the last Lions Tour of South Africa in 2009?

South Africa won the first two Tests to clinch the series but the Lions roared back to win the third match in style.

Things have been better for the Lions since, with a win Down Under in Australia, followed by the most remarkable drawn series in New Zealand four years ago.

Which players are in the British and Irish Lions 2021 squad?

Which players are in the South Africa squad?

Which players are the captains?