How to watch The Handmaid’s Tale season 4 online: stream new episodes and catch-up 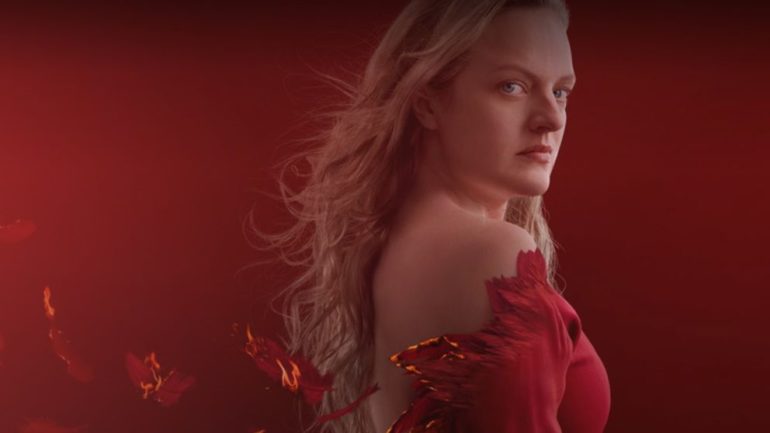 The long wait is over. Winner of 15 Emmys and counting, dystopian drama The Handmaid’s Tale returns to screens this week, with the story now extending far beyond the plotlines of Margaret Atwood’s original novel. Here’s how to watch The Handmaid’s Tale season 4 online and stream every episode.

When’s it on: Wednesdays from April 28

Stream now: Try Hulu for FREE for 1-month (US)

The new run takes us back to the setting of a nightmarish future America where the totalitarian government, Gilead, has forced the country’s few remaining fertile women to become slaves to the ruling elite. Elisabeth Moss stars as one such ‘handmaid’, June, who must be subservient to the high-ranking Commander Fred Waterford, played by Joseph Fiennes.

Season 4 picks up from the cliff-hanger ending of the previous series. That finale saw June get shot but carried to safety by her fellow handmaids after helping scores of children escape to Canada.

Viewers can expect to see the show’s heroine continue to strike back against Gilead as a fierce rebel leader, but season four’s trailer suggests the risks June will take for the cause are set to bring unexpected and dangerous new challenges.

So without further ado, here’s how to watch The Handmaid’s Tale season 4 online and stream every episode of the new series.

In the US, you can watch The Handmaid’s Tale exclusively on Hulu, with the new season premiering on the platform at 3am ET / 12am PT on Wednesday, April 28th. New episodes will be released at the same time every Wednesday from then on.

All you need is a basic subscription to Hulu, which is $5.99 a month, cheaper than Netflix and Disney Plus. Even better, students can sign up for a meager $1.99.

But wait! New subscribers are entitled to a generous 30-day free Hulu trial. In that time you could watch all of the new season and enjoy cracking movies like If Beale Street Could Talk, Palm Springs, and Parasite; TV series Monsterland and documentaries like Framing Britney Spears, a Hulu exclusive.

If you want more of a complete cable replacement, there’s also the option of  Hulu + Live TV at $64.99 a month. Its lineup of 65+ channels including ABC, ESPN, Fox, National Geographic, A&E and FX comes in addition to Hulu’s extensive on-demand library – also offering a week-long trial to see if it works for you.

Both Hulu and Hulu + Live TV support a wide range of devices, so there’s plenty of ways to watch your favorite shows: Apple and Android devices, Roku and Apple TV, PlayStation 4 and Xbox consoles, Apple TV, Nintendo Switch and more.

You can also personalize your plan with Premium Channels like HBO Max and Showtime, pick Unlimited Screens, or choose Hulu (no ads) for uninterrupted streaming.

And if you love a bargain then it gets even better with the combined ESPN+, Hulu and Disney Plus bundle for the low price of $13.99 – that’s three streaming services for the price of Netflix’s Standard plan. That’s enough entertainment to keep the entire household happy – live sports, cartoons, exclusive Disney Plus originals, and a plethora of movies and TV shows. We think the Disney Plus Bundle is terrific value!

Free-to-air Channel 4 has had exclusive rights to show The Handmaid’s Tale episodes first in the UK since Season 1.

While the network has confirmed it is set to broadcast Season 4, somewhat frustratingly it so far hasn’t revealed an airing date.

In the meantime, if you’re looking to catch up with the show, or reacquaint yourself with Gilead’s goings on, you can stream seasons 1 to 3 of The Handmaid’s Tale via Prime Video if you’re a subscriber; a subscription costs £5.99/month if you’re just interested in Amazon Prime Video.

You can also get a full Amazon Prime membership for £7.99 a month or £79 annually and benefit from free next day delivery, as well as access to Amazon Music, Prime Reading and a plethora of other benefits. Best of all, you’ll get a 30-day free trial to give the service a whirl before spending a penny.

You can also buy the three seasons, with no subscription required, via Prime Video, Apple TV, and Google Play. Apple and Google both offer a three-season set for £54.99. Season 4 is expected to air on Channel 4 in 2021, though no date has yet been announced.

How to watch Handmaid’s Tale season 4 online in Canada

Canadians can get their dystopian fix in tandem with their American neighbors as the country’s CTV Drama will be streaming all-new Handmaid’s Tale on much the same schedule as Hulu.

From April 28, the network will add episodes to its on-demand platform every Wednesday, and if you have a cable provider, they’ll be available to watch for free.

Unfortunately, CTV doesn’t offer a streaming-only subscription option. All is not lost for Canadian streamers, however, as online entertainment service Crave will also be showing season 4  (the service also offers on demand access to every episode of seasons 1-3).

Subscription to Crave costs $9.99 per month, and you can get a seven-day free trial. Crave can also be accessed via Illico TV.

Alternatively, you can purchase the first three seasons via Apple TV or Microsoft Store (or Google Play, though this only has the first two seasons). The best price available is Apple TV’s three-season set for $74.99.

Those with CTV or Crave wanting to log-in to watch the service from abroad will need to download a VPN to connect like they would at home and usurp any geo-blocking they may encounter. It’s a versatile piece of software, and means you never miss a single explosive episode of The Handmaid’s Tale Season 4.

There’s good news for fans of the show Down Under. SBS will be airing the double-episode season premiere of The Handmaid’s Tale at 8.30pm AEST on Thursday 29 April, with episodes 1-3 available at  SBS On Demand.

A second double episode will air on Thursday 6 May at 8.30pm AEST, with weekly episodes to follow at 9.30pm AEST . All episodes will be available to stream weekly at SBS On Demand.