How to watch The Serpent online: stream the new BBC drama from anywhere today 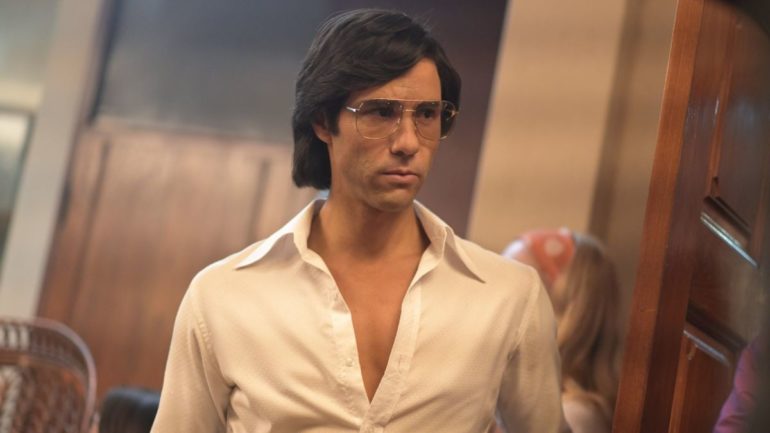 From the writers of Ripper Street comes this pulse-raising new series, charting the murderous movements of Charles Sobhraj along the ‘Hippie Trail’ during the 1970s, and his eventual arrest in India. Starring acclaimed French actor Tahar Rahim (A Prophet) as serial killer Sobhraj, and Doctor Who’s Jenna Coleman as his devoted accomplice Marie-Andrée Leclerc, it’s one gripping true-crime drama. We detail below how you can watch The Serpent online, and enjoy all eight episodes free in the UK and stream them from anywhere in the world.

Watch The Serpent online for FREE

Happy New Year! 8-part series The Serpent is out on BBC One at 9pm on Friday, 1 January 2021, with each episode running for an hour. If you miss an episode, or prefer to watch it online, BBC iPlayer will let you stream the show live as it airs, or on-demand shortly after. It’s completely free to watch iPlayer in the UK – just make sure you’ve got a valid TV license. Out of the country? Just download a VPN to enjoy this tense and brilliantly-cast crime-drama.

Cunning, clever, and deceptive, Sobhraj was nicknamed The Serpent due to his ability to evade police capture. He was a con artist, thief, and master of disguise, who murdered at least a dozen Western travellers along the Asian ‘Hippie Trail’ in the mid-70s. However, it wasn’t until an encounter with Herman Knippenberg, a Dutch diplomat in Bangkok (played here by Billy Howle), that his nefarious crimes caught up with him. He was jailed for 20 years in 1977 – though not for the last time – and became something of a cause célèbre around the world.

Director Tom Shankland (The Missing) captures the era’s hazy hedonism and bohemian scene, while keeping the tension high as he switches between the ongoing criminal investigation and Rahim’s cold-blooded crimes. It’s another example of the BBC’s investment in high-quality drama after Steve McQueen’s Small Axe anthology and A Suitable Boy earlier this year: a compelling, dark, and addictive treat.

So, discover the unbelievable true-story about this infamous 70s criminal, as we explain how to watch The Serpent online from anywhere – and completely FREE on the BBC for those located in the UK.

How to watch The Serpent online FREE in the UK

This 8-part series will premiere on BBC One at 9pm on 1 January 2021. There are eight episodes in total, with each instalment of this dark drama available to watch at the same time every week.

Don’t have a TV or cable provider? With BBC iPlayer you can live-stream The Serpent, or enjoy it a few hours later on-demand. It’s a completely FREE service – however, you should be a possession of a valid UK TV license, as these now cover digital content consumption, too.

Not in the UK right now? Just use a VPN to alter your IP address so you can stream your favourite TV shows and films online just like you would at home – only from anywhere.

How to watch The Serpent online from outside your country

If you’re away over the holidays, or are now enjoying a winter vacation, then geo-blocking restrictions will stop you from watching The Serpent online via BBC iPlayer.

Fortunately, there’s a simple solution. By downloading a VPN – short for Virtual Private Network – you can alter your IP address to that of your country back home, and therefore stream TV content that would otherwise be inaccessible.

ExpressVPN is the world’s top VPN right now
There are dozens of VPNs to choose from, but we recommend ExpressVPN. It’s fast, straightforward to use, and simple to install. Plus, it’s compatible with a whole host of devices, a few of which includes Amazon Fire TV Stick, Apple TV, Xbox, PlayStation, and iOS and Android software.

Express VPN’s flexible 30-day money back guarantee is hard to refuse. But, better yet, you can get a 49% discount and get 3 months extra FREE if you purchase their annual plan – an excellent deal for an invaluable piece of software.

Once installed, just pick the location of your home country, and click connect. You’ll then be free to enjoy The Serpent online, no matter where you are over the holidays.