Huawei unveils its first post-Arm board 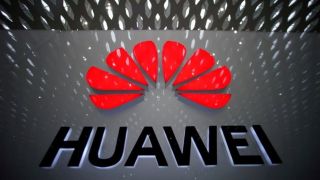 Huawei’s HiSilicon subsidiary has released its first RISC-V board for the developers of its HarmonyOS family of operating systems.

The release is significant as it is the result of the US trade blockade that delivered a dramatic blow to Chinese manufacturers such as Huawei. Thanks to the trade war between the countries, Huawei’s HiSilicon subsidiary lost access to its semiconductor manufacturing, which centered around Arm.

As it continues to wean away from its dependence on US-based tech, the RISC-V board marks another departure for Huawei, which is reportedly making great strides with its software replacement for Android.

The RISC-V open standard instruction set architecture (ISA) has experienced a kind of renaissance in recent years with multiple companies jumping on the bandwagon, including several like Huawei forced to look at alternatives to Arm.

While the RISC-V board is described as a main controller chip, Huawei’s documentation doesn’t specify the intended purpose of the chip, according to Tom’s Hardware.

The RISC-V board is based on Huawei’s Hi3861 controller and sports a serial port controller as well as a USB-C port as well as GPIO (general-purpose) pins.

In Apps and WebCompaniesSmartphones
on 6 October 20202 min read

Scrolling through its specs, Tom’s Hardware believes that the board named HiSilicon Hi3861 development board appears to have Raspberry Pi-like capabilities, at the very least, and is probably designed for the Internet of Things (IoT) market.

Traditionally, HiSilicon’s development efforts were aimed at high-margin smartphones, tablets, PCs, and embedded systems, and Tom’s Hardware reckons that the new RISC-V chip could perhaps be a springboard to other, more powerful devices.