I tried to get Microsoft to sell me a PC. It didn’t go well 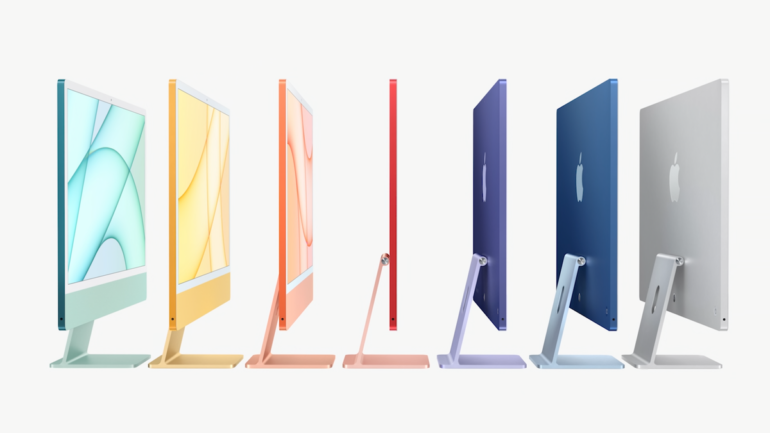 I was looking for excitement.

I have a habit of doing this in all the wrong places, but I tried to divert my worse instincts when I heard Apple had a new “Why Mac?” page.

I think I know why I choose to use MacBooks — and why I can barely make my wife’s Dell Latitude do much at all — but I wondered what Apple’s logicians were saying these days.

I also wondered whether Microsoft, which has caught up in so many ways when it comes to marketing and communications, would now match Apple in selling me a PC.

First, I went to the Why Mac? page.

From the very beginning, Apple talks to real humans: “Easy to learn. Astoundingly powerful. And designed to let you work, play, and create in ways you never imagined.”

It’s interesting how after all these years, after all this belief that younger people’s minds and bodies are instinctively tuned to technology, Apple still leads with the ease of learning.

This has always been an enormous part of Apple’s success. You look at any Apple product and you can deduce how it works without resorting to a manual or a screamfest.

Apple continues to walk this simple line. The page speaks of the computer being instantly ready to go. It explains that software updates are free and simply appear.

And then the real core of Apple’s cleverness: “If you already have an iPhone, it feels familiar from the moment you turn it on.”

This is such an underrated truth. The iPhone as a gateway drug which, together with the iPad, is given to children as a modern pacifier.

The Why Mac? page continues to press the integrative buttons that work for so many. It talks of how the design makes sense “especially if you have an iPhone.”

Yes, even use apps from Microsoft. The generosity is quite overwhelming.

What follows is a hint about how Cupertino would really like you to use your Mac: “Mac is the perfect companion to your other Apple devices. Read a message on your Apple Watch and reply from your Mac. Start a presentation on your Mac and rehearse it on your iPhone while you’re on the go. Unlock your Mac with your Apple Watch. Or even share entire photo albums with friends from across the room.”

For some, this is a disturbing depiction of a stifling ecosystem. For others, it’s simply relief.

This being Apple, the page’s highlights end with a reminder about privacy. The whole thing, however, is blessedly easy to read and grasp.

The Windows Is All Steamed Up.

How, then, does Microsoft present itself?

I went to the Microsoft site and began to poke around. I found a page entitled: “Find a PC that fits.” Beneath it was these words: “Discover the benefits of a new PC.”

Please, I’d really like to discover those but what came next made me squat in an uncomfortable position for several seconds, tug at my eyebrows and consider eating particles from the floor.

It was this sentence: “When it comes to a PC with an SSD vs. one with an HDD, some things are just better.”

Um, please forgive me but I’d like to buy a PC, not enter my name for Jeopardy. Please, Microsoft, lead me by the hand, hold that hand gently and speak to me in simple words rather than put me on a flight to Inner Acronymia.

The Why Mac? page has a section entitled: “Always intuitive. Never intimidating.”

Microsoft, by contrast, wants to poke you in the eye to see if you’re paying attention and then ask you a calculus question.

Beneath this mindlessly complex inducement were words about PCs being four times faster. Than Macs? No, HDDs. Then there were boasts about downloading Windows updates and files faster and battery life.

I had to scroll further to find any sort of simplicity. Specifically, pictures of different types of laptops. But why would I have even come this far?

In truth, Microsoft had felt as inviting as a dishcloth sandwich.

I wanted to believe I’d stumbled onto the wrong page, so I scrolled around further.

There was a page headlined: “Find your new Windows 10 PC.” It offered five options — Create, Play, Work, Learn, and Just The Basics.

But, I hear you cry, aren’t create, play, work and learn actually the basics? Yes, Redmond is trying to segment you out by purpose, but why be so complicated? There’s rarely just one purpose to own a computer.

I went to the Windows home page, with hope and despair punching each other behind my eyeballs. There, I was greeted with “Learn, create, collaborate.” But what about play?

This complete confusion of vision must drive a neophyte to conjunctive conniptions.

There’s something crushingly ironic about fearing that PCs are more complex and being greeted by pages that reflect exactly that.

After all, the Surface range is extremely attractive. Redmond has spent enormous time and money making it look good and placing it on TV in so many sports, news, and other TV environments.

And I’m sure there are many other PCs with visual flair and grace.

I simply couldn’t find my way to any of them here.