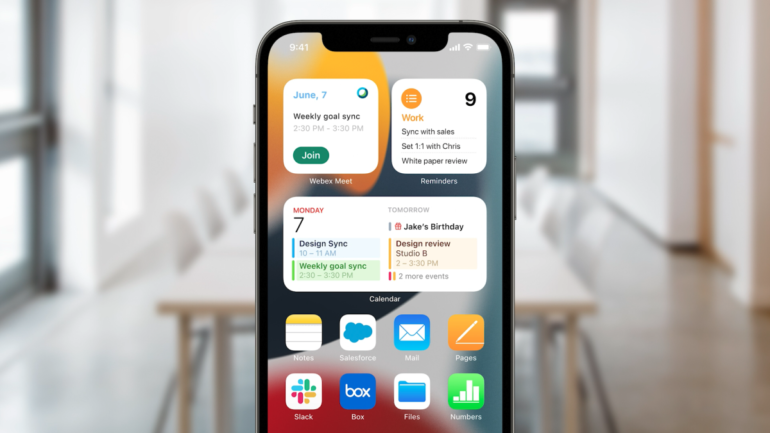 As WWDC 2021 kicks off today (June 7), and it began with the official unveiling of iOS 15 which is Apple’s operating system for the iPhone line.

As we have already detailed the features for macOS Monterey, watchOS 8 and iPadOS 15, here are all the useful features announced, both at the keynote and on Apple’s site, of what is included in iOS 15.

It’s worth noting that this isn’t when the finished software will arrive on phones though, just when we’ll get our first look at the beta version. Expect it to arrive in a finished form alongside the iPhone 13.

While iOS 14 brought widgets and improvements to iMessage and Shortcuts, it isn’t without its issues, despite how much it improved the operating system for both iPhone and iPad.

This year, it looks like refinement is the theme for iOS 15, with improvements across the board, adding up to a substantial feature set over the previous release.

We now have our first official look at iOS 15 from WWDC on June 7 (that’s today!), with a beta probably following soon after. Our WWDC 2021 live blog will cover the event in full.

What is it? The next big update for iOSWhen is it out? Probably September 2021, unveiled on June 7How much will it cost? It will be free, as always

New versions of iOS typically land in mid-September. Generally they’re accompanied by a new iPhone launch, so we could see iOS 15 land alongside the iPhone 13 in September 2021.

As WWDC has now begun, there’s the developer beta is available now that the keynote has finished, so expect many discoveries across this week that these new version will bring.

A public beta will arrive in July – so if you don’t mind bugs and the occasional crash, you will be able to try iOS 15 for yourself next month.

Apple have also said that the final version will arrive in the fall, which, following past releases, sounds like September will be the most likely time for it to appear.

Of course, while we’re talking about iOS 15 here, iPadOS 15 will almost certainly follow the same trajectory, which will also likely be announced at tonight’s keynote.

As Apple’s main section on iOS 15 says, the update will work with an iPhone 6S and above.

Apple have brought new features to FaceTime in iOS 15, with a focus on being more comfortable and lifelike.

Spatial audio is coming, which means 3D audio gives the impression that your recipients are in the same room as you.

Voice isolation now focuses on your voice only, and blocks out any other ambient noise. There’s also Wide Spectrum, which focuses on you and the environment around you.

There’s also Grid View, which shows a group call, alongside Portrait Mode coming to the application. The background is now blurred, and focuses on you.

There’s also FaceTime links, which can generate a link to help plan a call, similar to how a Google Meet link works.

SharePlay is also new in iOS 15, where you can share music, watch TV shows and movies, alongside sharing your screen, so you can show a recipient how you use a certain app.

You can also extend SharePlay to an AppleTV, which is helpful especially for a movie. This is also an API, so an app can work with this very soon.

Supported services such as Disney+, Twitch, ESPN, TikTok and more are using SharePlay for iOS 15.

Shared with You in the News app shows what your friends have shared with you, such as links, and they can be easily copied into a Messages chat. It’s also available in Safari, Music and more apps.

There’s also statuses, which look very similar to WhatsApp and other messaging apps.

After many refinements over the years, notifications are now redesigned for iOS 15. Notification Summary is now here, where these can be scheduled to appear at certain times, or even by Apple’s own machine learning algorithms.

This looks to replace Notification Center, with better management for all your notifications on your iPhone.

Do Not Disturb is also part of the improvements here, with it showing for your friends and family if they have it switched on themselves.

Focus is also another feature for Notification Summary, which recommends you on your lock screen to let you know of certain apps, dependant on your calendar and even your location.

Apple are pushing Intelligence as a big part of this, which looks to be their renamed machine learning methods, such as for Siri Suggestions.

Craig Federighi also demoed a feature where you can take a photo of text, and it will highlight it, and then copy it into a document, or even translate it. This is a direct competitor to Google Lens and looks to be very convenient if you take many photos or you have a holiday booked.

Photos are now in Spotlight suggestions, so you can look for someone in particular who are in a photo you’ve recently taken.

There’s also improvements to intelligent Photos called Memories, where it creates new slideshows and carousels of photo collections with music, and it even shows the music being played during this.

Apple Wallet has seen another improvement in iOS 15, with CarKey gaining U1 support, which allows you to unlock your car, or even open your trunk.

There’s also the ability to enter your workplace or home with Wallet, and soon, hotels such as Hyatt will be enabling this feature for iOS 15 enabled devices.

Identity cards such as driving licences (in the US) will also be viewable in Apple Wallet, with TSA enabling security checkpoints soon.

As shown in its breakdown of all iOS 15 features, the magnifier is now back when you highlight text, making it much easier to see the letters and words that you want to manipulate.

The weather app is now redesigned, taking advantage of the Dark Sky acquisition from last year, with more detailed and more accurate weather, with high-resolution weather maps to see the state of the weather around you.

The Maps app is seeing some useful improvements in iOS 15, with new details for commercial districts and buildings. Elevations and a refreshed color scheme has also arrived, with landmarks being particularly highlighted.

Drivers are also gaining a refined look when setting routes from one destination to another, making it even easier to look at highway interchanges and upcoming traffic conditions.

You can now create favorites to your transit routes, so you can make sure of your commute, and even when you’re in the subway, Maps will track your progress, and let you know of the next stop.

Widgets have seen more improvements this year, with new ones for Find My, Game Center, App Store Today, Sleep, Mail, and more.

The other big feature for iOS 15 is a redesign for Safari, alongside extensions being carried over from macOS, to the iPhone.

The address bar is now at the bottom, with gestures to easily switch between different tabs and go back to a full screen view, alongside a pull to refresh web window, similar to refreshing your mail or even your tweets, now in Safari.

With Shortcuts now available on macOS Monterey, it also means that any you create or edit can now be synced to your iPhone on iOS 15, so you can carry on the work on your Mac.