iPhone 13? Many Apple users want an even scarier name 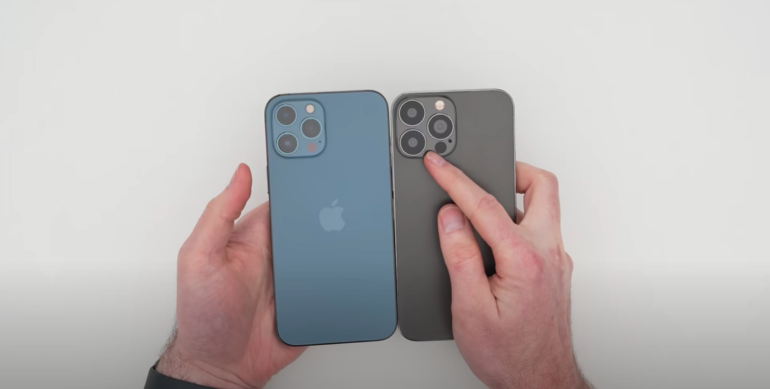 Logic has its limits.

If the whole world operated on a logical basis, it would surely be the dullest place.

Why, then, does everyone assume that the next iPhone will be called iPhone 13?

Is it because the annual release of iPhones has become a touch prosaic? Don’t they remember that Samsung was daring enough to skip ten whole numbers and go from the S10 to the S20?

I only ask because the canny surveyors at phone marketplace SellCell asked Apple users the questions no one seems to have asked: what would they like the next iPhone to be called?

And, would you believe it, 74% said they want it to be called anything but iPhone 13.

You might think this is the logic of those hotel operators who eschew a thirteenth floor. Yet this survey insists that a mere 18.3% of Appleites cling to such a superstition.

Instead, the majority of the anti-iPhone 13 majority apparently just want another name.

But what name, I hear you cry, can possibly be appropriate for a phone that may just be a slightly souped-up version of iPhone 12?

I regret to tell you that 38% of these Apple users want the new iPhone to be called iPhone (2021).

This may make some wonder what process Apple users employ to name their children. Surely iPhone (2021) is to elegance what Mark Zuckerberg is to eloquence.

Didn’t these Apple users have any other ideas? Well, 16% thought it should be called iPhone 21, 13% preferred iPhone 12S and a mere 7% were adventurous enough to choose iPhone 14.

I sat for a while to ponder the depths of these results.

The best smart lock 2021: Business and home use

In Apps and WebCompaniesCybersecuritySmartphones
on 1 September 202119 min read

My first instinct is that a lot of these users were deflecting. Some were, I believe, unwilling to admit they succumb so easily to fears around the number 13. I’m sure at least 50% of these people always feel a certain chill at the onset of a Friday the 13th.

I would bet an (old) iPhone that they have blamed a mishap or two that just happened to occur on that date on the confluence of day and number.

Still, there’s the wider issue of what Apple really will call its new phone. Perhaps the company will ignore any superstitions. Its self-image is, after all, one of rational and emotional strength, entirely immune to outside influence.

But what if Cupertino suddenly reverted to Roman numerals — as it did with iPhone X, iPhone XR and iPhone XS, to make people feel better?

I do feel Apple missed a vital element with the iPhone 11 in failing to call name iPhone XI — or just iPhone Xi — in honor of China’s most important, especially to Apple, leader.

So this time around, iPhone XIII anyone? Or even iPhone Xiii?