Lose the use of Apple’s iCloud, and you lose more than storage 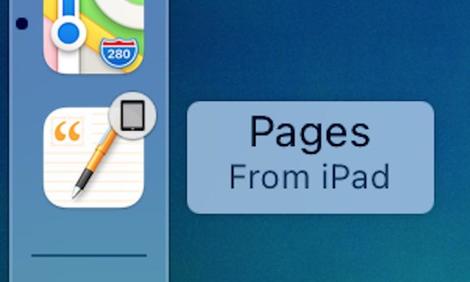 As described at length in an article on Monday, an iCloud account from Apple was inoperable for five days. This had the effect of making Apple’s cloud storage unusable.

ZDNet’s Steven Vaughan-Nichols has offered a review of cloud storage options, and many readers offered thoughts about alternatives in the comments on the original article. Those include things such as using local storage devices and not using any kind of cloud storage at all.

All these worthwhile considerations must be placed in the context of one other concern: Losing the use of iCloud temporarily can also render inoperable everything that comes with an Apple I.D.

In my case, when I was shut out of my iCloud, my Apple I.D. linked to that storage plan become completely inoperable. I was not able to even sign in to that account. That affected a host of Apple services.

Apple I.D. has become the authentication mechanism for services large and small throughout the Apple world. On a most basic level, as explained at the beginning of the article, an Apple I.D. affects whether you can erase and restore an Apple device such as an iPad, a fairly basic right of ownership of the device.

The same goes for setting up a new Apple device that imports settings from an existing device: It’s an Apple I.D. affair.

The Apple I.D. is used to purchase items from Apple’s various services such as Music and Books, and Apple Pay. But those are perhaps the most trivial services to be concerned about.

Those are large-scale functions, but Apple I.D. also functions at a micro-scopic level for authentication of local Bluetooth+WiFi-enabled transmission of files, the AirDrop service. Unless you want to open your Mac or iOS device to every computer within transmission range, you must be signed in to your Apple I.D. and have the sender in your Contacts app.

Likewise, if you’re sending between two computers that you posses, such as an iPad and Mac, a frequent scenario for poeple with multiple Apple products, unless you want wide-open transmission, you must have both devices signed in to the same Apple I.D.

Other local, and wide-area, services are the suite of things that Apple calls Continuity. These include the Handoff function on Apple devices, whereby something you were doing on one device can be picked up again on another device, either by tapping an icon that pops up in the Dock on MacOS or iOS, or an icon in the task switcher. These icons of stateful activity appear and disappear as activities happen, but only if both devices involved, sender and receiver, are signed into the same Apple I.D.  Likewise, even when you’re miles away from your iPad, if you open Safari on your Mac, you’ll see pages from your last browsing session on iPad — if your Apple I.D. is functioning.

Chip shortage could persist for another 2-3 years: Hisense President

In CompaniesSmartphones
on 15 October 20213 min read

Without a functioning Apple I.D., there’s no continuity across these devices.

An interesting question for Apple is why an Apple I.D. has to be rendered inoperable because of a systems engineering issue with the iCloud storage account. In theory, it should be possible to provide Apple I.D. functions regardless of the status of a storage volume. A storage service, as one single service, should certainly have reliable uptime, but when it has an unfortunate bout of downtime, it shouldn’t bring down all other services attached to that Apple I.D. That includes the very basic function of being able to authenticate oneself by signing in.

All Apple I.D.s are automatically provided with an iCloud account. As soon as you sign in with an Apple I.D., “iCloud is turned on automatically,” as Apple says. And so it may be that this linkage is true for all Apple users who have an Apple I.D. Or is it the case that by actually using iCloud, including iCloud Drive, and by paying money for the privilege, one’s total data load makes the whole practice more unstable. It would be somehwhat ironic if a user of Apple I.D. were to be more at risk because they pay Apple a monthly iCloud Drive fee than are the users who pay nothing.

It’s a question I would have asked the company, had I received any follow-up from Apple to my initial inquiry to public relations.

And so, for those considering options within the Apple ecosystem of devices and software, it pays to keep in mind that picking a storage provider, and picking a backup and recovery approach, is just one piece of the puzzle. If an Apple I.D. account encounters issues, even though storage may function just fine, lots of other features of Apple products may still temporarily be out of commission.

An important consideration, if you must use those services, is to have a second Apple I.D. as a backup. It means you’ll have to sign into the second I.D. on multiple devices in the event of a problem, but it might at least mean you can continue to use many of those services while the first account is out of commission.