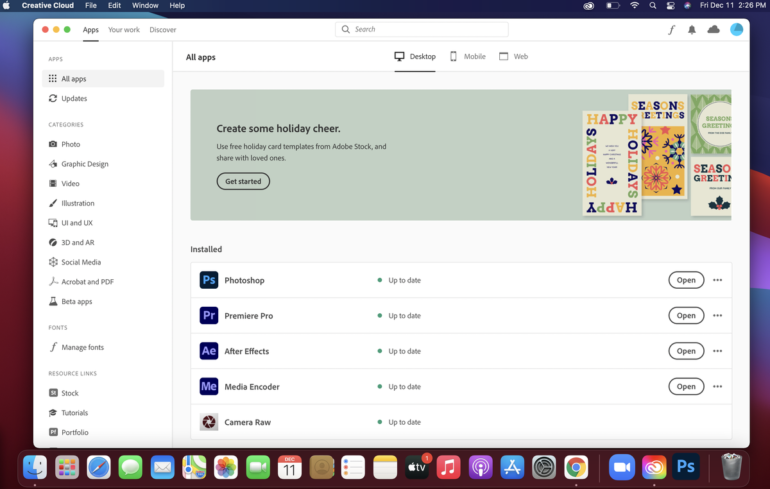 In November at Apple’s One More Thing event, Apple unveiled its newest MacBook lineup and introduced the M1 chip. During the event, Apple talked up performance speeds, optimized battery life, and how the M1-based MacBook Air can handle video editing.

Apple said: “Editors can expect amazing playback performance — two streams of 4K ProRes on the MacBook Air… at full quality.” This statement caught my attention. As ZDNet’s video editor and a lifelong MacBook Pro user, I decided to swap out my current workhorse, a 2019 MacBook Pro with 32GB of RAM, in exchange for the M1 2020 MacBook Air equipped with 16GB of RAM.

After a few weeks, I’m definitely impressed with the M1 Air, but I’m not trading in my Pro anytime soon.

All about the M1

Previously, every Mac ran on an Intel-based processor, which means Apple didn’t have control over everything — in terms of processing power — like it does with the iPhone and iPad. But Apple has now cut the cord with Intel. It recently came out with its own chip for Macs, and the first version is called M1.

What does this mean for you as the customer? Apple said M1 is a faster processor, optimizes battery life, and allows you to install iPhone or iPad apps. The switch to M1 also brought a super-quiet Active Cooling system to the Pro lineup and completely removed the fan from the Air.

Check out our explainer on the M1 if you want the nitty-gritty on Apple’s first in-house chip for Macs.

Opening Adobe Creative Cloud apps, in particular, takes about 12 seconds, at the longest, from the initial double-click to when the app is ready to use. The M1 chip has clearly optimized everyday use in the MacBook Air and hasn’t slowed my video-editing workload either — and this is coming from someone who has always used a decked-out MacBook Pro.

I understand that, as of Dec. 11, 2020, Creative Cloud is still offering Intel-based applications for the M1 MacBook Air, but that doesn’t mean I can’t be impressed by the current functionality offered. That said, Adobe CC was where I saw the most issues in the M1 Air, but I expected that.

It wasn’t an Earth-shattering issue, but switching from tool to tool in Adobe Premiere quickly would pop up the beachball fairly often. Changing the audio channels in Premiere was also difficult; the screen pop-up didn’t fit properly, and there didn’t appear to be a way to make the screen fit better. The export time was a bit slower with the M1 Air, too, but I’m going to attribute that to the fanless system. Speaking of fans, I didn’t realize how annoying they sounded in my MacBook Pro, so the silence of the M1 Air is incredible.

To be clear, I haven’t noticed a dramatic decrease in production using Intel-based apps, which leads me to believe M1-based apps will perform even better on M1 Macs.

Not being tethered to a power cord is so freeing! Before, on my MacBook Pro, I had to plug in several times a day to get through an 8-hour day. Now, I’m only plugging in once or twice a day when starting on a full charge that morning. And that’s running three to four CC apps, at least 10 Chrome tabs, Spotify, and my external hard drive. I ask a lot from my laptops on a daily basis, so I need something that’s going to hold up.

iPhone 13 review: Good enough to be the best Review

In Apps and WebCompaniesSmartphones
on 9 October 20218 min read

The audio in the M1 Air was my breaking point.

In my testing experience, this was the only thing that would keep me from giving up my Pro and switching to the Air full time. I ultimately had to edit audio tracks on my Pro and then switch over to my Air to continue testing it — because the audio outputs are so underwhelming in the M1 Air.

The M1 Air offers stereo speakers with wide stereo sound and a three-mic array with directional beamforming. That sounds cool, but my Pro is running a high‑fidelity six‑speaker system with force‑canceling woofers, wide stereo sound, and a studio‑quality three-mic array with high signal-to-noise ratio and directional beamforming. The difference is enough. As a video producer, the M1 Air off the table for me.

The M1 chip might be new, but there is nothing new from a design perspective on the latest 2020 MacBook Air. You’re still getting the 13.3-inch LED-backlit display, the large trackpad, the Touch ID button, and the same keyboard. The biggest design difference in the M1 Air is that it has two USB-C ports instead of four and a headphone jack. A design change was something I was hoping for with the introduction of M1. It seemed like the perfect time to really change up the Air design, but Apple decided otherwise.

Overall, I’m impressed with the M1-based (late 2020) MacBook Air. When I first started testing the MacBook Air, I didn’t expect to make it a full day without being completely annoyed and behind on my work. This Air exceeded my expectations and has almost completely fulfilled my work machine duties.