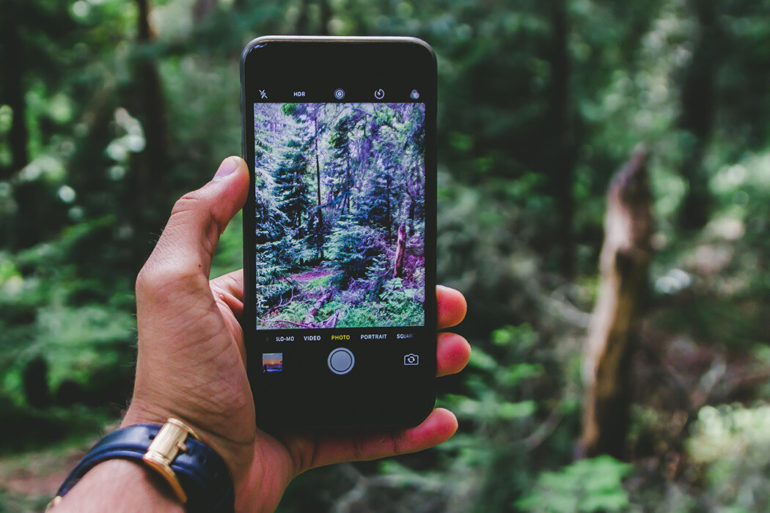 Every few months smartphone companies release a newly designed phone—one with a larger screen, or a clearer camera. A selling point for many, the camera’s capabilities are an important factor for consumers and amateur photographers alike. In an effort to improve the aesthetics of the display by maximizing its area, the cameras are now situated beneath the screen, which ultimately impacts picture clarity.

The border between the edge of the phone and display, knows as a bezel, has decreased in size as the displays become larger. With smaller bezels, however, there is little room to place the camera, which has led to controversial alternatives like the “hole punch” and the “notch.” To solve this problem, phones are now designed with under-panel cameras, where the camera is placed beneath the display. Openings in the display, between the light-emitting diodes (LEDs) that are found at each display pixel, allow the camera to image the world. Unlike the hole punch or the notch, the camera is completely hidden and the display can be seamless.

“Under-panel cameras have their own set of challenges,” said Yang. “The display blocks a large fraction of the light that a camera would normally receive, producing noisier images. A bigger problem is that the camera photographs the scene through the openings in the display, like a mesh, which causes a large blur due to diffraction.”

The researchers looked at various aspects of the display design and realized that the display construction could be altered to improve the quality of the photographs.

“First, the openings in the display are in a regular grid,” said Sankaranarayanan. “As it turns out, perturbing this regularity in the tiling of display pixels and their openings provides a significant boost to the quality of photographs that is obtained. Second, the shape of the openings matters and carefully re-designing their shape also permits photography of a higher quality.”

There are many benefits to designing under-panel cameras beneath the display. The aperture size of the front camera is no longer constrained; the location of the front camera can be optimized to generate a more natural gaze during video call; and multiple cameras can be deployed under the display to capture different viewpoints so that 3D images and videos are within reach.

“Smartphones and their associated technologies often move at a dizzying speed,” said Sankaranarayanan. “The quality of the display and the front-facing camera, especially when it comes to selfies, have always been an important distinguishing feature among phones. Under-panel cameras intersect with both. From the touch screen, curved and flexible displays, to embedded fingerprint sensors, displays have evolved significantly and are not just defined by the pixel density. In this sense, under-panel cameras are only the latest feature supported by displays in today’s phones.”

After all, it’s through the display that we see the world.

The cheapest Nintendo Switch bundles, deals and sale prices in May 2021

In CompaniesGamingSmartphones
on 20 May 202111 min read