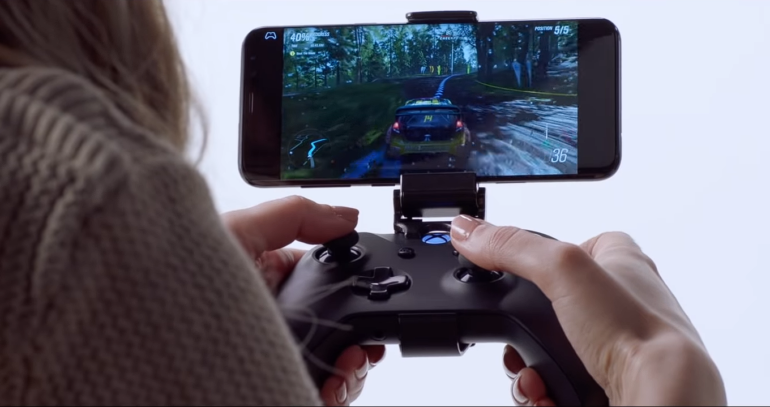 Apple redefined its App Store rules to explicitly prohibit game streaming apps, which prevented Microsoft from getting its xCloud Xbox streaming tech on iPhones and iPads – but according to a new report, the company will attempt to circumvent the rules by letting players access xCloud through a web app.

Microsoft had added xCloud to its Game Pass subscription service, and in a recent meeting, EVP and gaming lead Phil Spencer confidently told employees that Game Pass would be coming to iPhones and iPads via a ‘direct browser-based solution,’ sources told Business Insider. Microsoft is reportedly aiming to launch its iOS version in 2021.

Get the best Xbox Series X deals before anyone else!

Send me details about other relevant products from Techradar and other Future brands.

Send me details about other relevant products from third parties.

No spam, we promise. You can unsubscribe at any time and we’ll never share your details without your permission.

Running a streaming service through a web app is exactly how the newly-announced Amazon Luna is planning to operate. Amazon is confident enough in this workaround that it plans to launch on iPhones and iPads first when it launches its beta in the coming months, with Android support to follow.

But crucially, Amazon worked with Apple’s Safari team to get Luna running as an above-board web app, Luna’s head of engineering told Engadget in a rundown of the upcoming service. And the partnership likely won’t stop when the service goes live, Luna head Marc Whitten told the publication:

Partnerships with me but not for thee?

It’s unclear whether Microsoft is investigating a similar arrangement with Apple to develop its xCloud Game Pass web app. But it might be a question of corporate relationships: Google’s Stadia streaming service may have rolled out to every Android phone as an app in June, and has worked on PCs and Macs through a Chrome browser, but it’s nowhere to be found on iOS.

Notably, Amazon and Apple renewed ties earlier this year when the latter allowed the Prime Video apps on iOS, iPadOS and tvOS to enable in-app purchases. Amazon had previously used the popular yet clumsy workaround of directing customers out of the app to buy on a browser in order to evade Apple’s 30% cut, but seemed to have worked out a deal to get shoppers buying through the app.

The deal likely slashed the percentage Amazon gave to Apple: Apple allegedly convinced Amazon in 2016 to bring Prime Video to iOS devices by agreeing to slash its cut to 15%, according to a Bloomberg report in June. While there’s nothing connecting that deal to Luna, it’s logical to trace any favorable relationship between the companies regarding mobile products to this negotiation.

As this is the first we’re hearing about Microsoft’s xCloud Game Pass web app workaround, we’ll wait to see whether it follows Amazon’s lead as a collaboration with Apple or if it takes a different route to land on gamers’ iPhones and iPads.