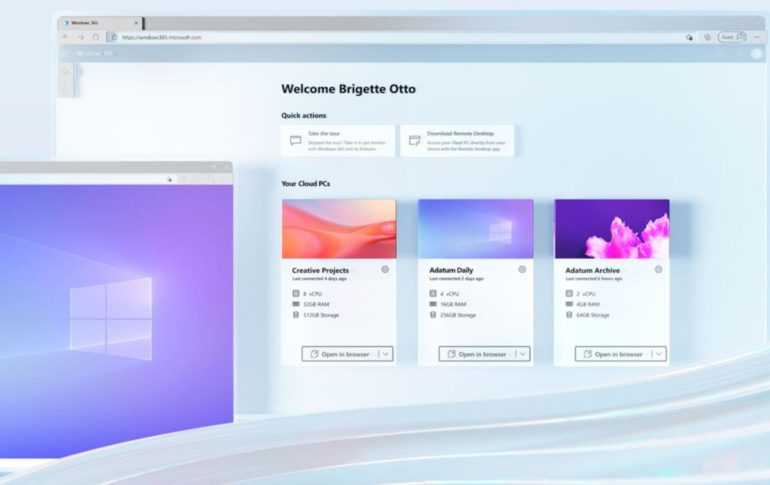 Windows 365 is Microsoft’s newest remote-desktop offering, which builds on top of and complements Azure Virtual Desktop. Windows 365 will allow users to bring their Windows 10 or (once it’s available later this fall), Windows 11 desktop, apps, tools, data, and settings to their personal and work devices, including PCs, Macs, iPads, Linux, and Android devices, via a native Remote Desktop application or web browser.

On July 15, Microsoft officials (accidentally?) revealed pricing for one of the handful of Windows 365 SKUs at $31 per user per month. Today is the day all of the pricing goes public. Pricing is based on the number of virtual cores, RAM and storage a customer will be able to access in their “Cloud PC” virtual machine.

Windows 365/Cloud PC won’t only support Microsoft apps; the service also will allow users to remotely log into any app that can run on Windows 10 or 11. Software developers won’t have to make any changes or modifications to their apps for them to work virtually with Windows 365/Cloud PC, officials have said. And because apps are running virtually, users will have access to high-compute apps like video editing software or graphic design programs regardless of the specs of the device they’re using

Update: I see lots of people comparing the price of Windows 365 to the cost of buying a new PC with comparable specs and laughing about the cost of Windows 365. Actually, a more apt comparison may be Azure Virtual Desktop (where users pay for Azure services consumed) and Windows 365/Cloud PC, as suggested in this post by Microsoft partner Nerdio. In that comparison, Windows 365 could save some customers money.

But, yes, these Windows 365 prices are rather shocking. Two things to remember: Microsoft is likely offering substantial discounts off these estimated retail prices for those interested in buying in volume. And secondly: Virtualized desktops are definitely NOT for everyone, though they make sense for some specific use cases.

Update No. 2: A word of caution to IT pros. As of August 14, Microsoft will offer Windows 365 as a self-service type of service, meaning users have the option to subscribe without centralized approval — unless admins block this using PowerShell scripts and/or other means. Microsoft is offering free two-month trials of Windows 365 Basic, Standard or Premium. Once the free trial ends, subscriptions automatically convert to paid unless users take action to stop this.