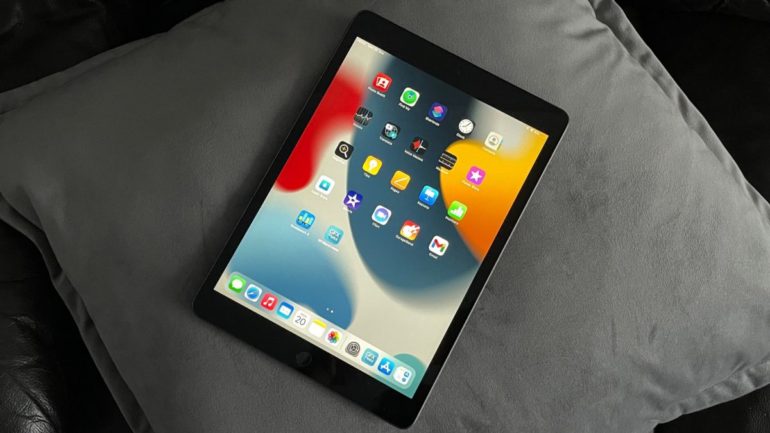 The new iPad 10.2 (2021) has only recently landed, but it’s never too early to start thinking about the next model, which – since we’re not sure of the screen size yet – we’re just calling the new iPad 2022 for now.

There’s little in the way of news about Apple’s next entry-level slate yet, but we can predict some things, and you’ll find those below, covering the possible release date, price, and some of the specs and features.

Then further down we’ve included a wish list of what we want to see from the new iPad 2022 to make it the best budget iPad possible. And make sure to check back regularly, as we’ll be updating this article whenever we hear any news or rumors about this tablet.

They were all announced around the middle of September, and in the last two years they were also announced on a Tuesday, so if we had to get more specific we’d guess the new iPad 2022 will be announced on Tuesday September 13, 2022.

The time between announcement and availability is more variable, but it’s unlikely to be more than a couple of weeks, so we’d think the new iPad 2022 would hit stores before the end of September 2022, and possibly even within a few days of its announcement.

There’s no news yet on the new iPad 2022, but one thing we can be fairly confident of is that it will stick with an LCD screen.

There was some suggestion that Apple might switch to OLED for the iPad Air 5, but recent reports suggest that isn’t happening, and either way there was no mention of the basic iPad getting this display tech.

There also probably won’t be any significant changes to the front-facing camera, as that’s only just had a big upgrade for the latest model.

The chipset is sure to be better though, with Apple likely to equip the new iPad 2022 with the A14 Bionic from the iPhone 12 range based on past form.

Two things that could go either way are the design, which might be modernized in line with all Apple’s other iPad ranges, and 5G, which may or may not be included. We’d think by 2022 it will be due, but the iPad Air 4 (2020) doesn’t have 5G either, so Apple might add that to the iPad Air 5 but leave it off the basic iPad for another year.

To make the new iPad 2022 as good as possible we want it to have the following things.

The lack of Face ID on the new iPad 10.2 (2021) isn’t overly surprising given that Apple currently reserves this tech for the iPad Pro range. But over in iPhone land it’s basically now a standard feature and has been for years, so we’d like to see the company make it standard on iPads too.

We don’t particularly expect the new iPad 2022 to get Face ID, since it will presumably be last in line for it, with the iPad Air and iPad mini ranges likely to get it first, but it would be nice to see.

This tech has been around so long that it doesn’t feel like it should need to be a premium feature anymore, so Apple, stop holding it back.

The basic iPad range is now alone in being the only tablet range from Apple that doesn’t include a modern design with smaller bezels and no home button, with even the iPad mini (2021) sporting this look.

The iPad 10.2 (2021) supports the original Apple Pencil and the Smart Keyboard, but it lacks support for the Apple Pencil 2 and the Magic Keyboard, making it less good both for typing and sketching than it could be – or than other Apple tablets are.

Supporting these accessories shouldn’t be hard, and we wouldn’t think they’d add much if anything to Apple’s costs, so there’s really no reason to block the iPad 2022 off from them.

With one of those tablets then you’ll be getting the best from the speakers whether you use the slate in portrait or landscape orientation, but not here. Hopefully, Apple fixes that for the next model.

We know this is a cheap slate, so the company wants to keep the cost down as much as possible, but 64GB is a just barely acceptable amount of storage in 2021, let alone 2022 when the next model is expected. So we want to see the new iPad 2022 start with 128GB of storage, especially as there’s no microSD card slot.