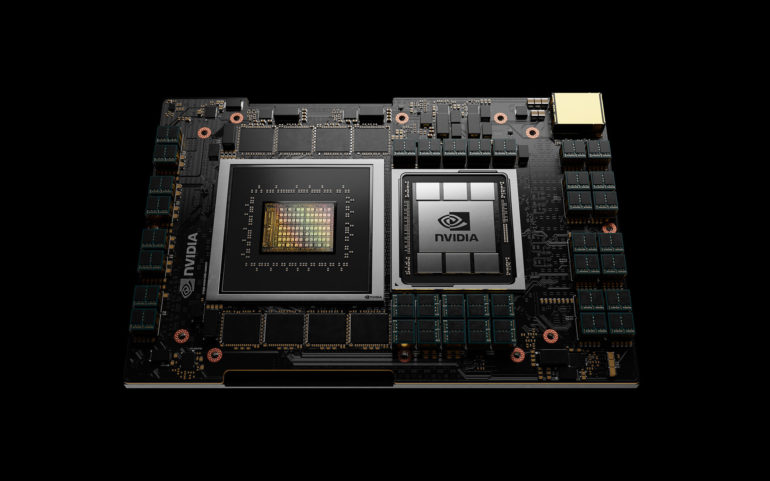 Grace, Huang said in his keynote, “gives us the third foundational technology for computing and the ability to rearchitect every aspect of the data center for AI.”

Nvidia’ GPUs already play a key role in bringing AI to the data center, and its business there is growing fast. In February, the company reported that for the fourth quarter its Data Center segment revenue hit a record $1.9 billion, up 97 percent from a year earlier. Full-year revenue was a record $6.7 billion, up 124 percent.

Meanwhile, back in September, Nvidia announced its intent to acquire chip IP vendor Arm for $40 billion, with plans to expand further into high-growth markets.

“Arm is the most popular CPU in the world, for good reason,” Huang said in his keynote. While it’s used broadly in mobile and embedded markets, it’s “just starting” to gain traction in areas like cloud, enterprise and edge data centers.

“For the markets we serve, we can accelerate Arm’s adoption,” he said.

To that end, Huang announced that Nvidia is partnering with AWS to bring Nvidia GPUs together with AWS Graviton2-based EC2 instances. AWS launched its Arm-based CPUs back in late 2019.

A CEO declared working from home was the future. The resistance was aggressive

In Apps and WebCompanies
on 13 December 20205 min read

“This partnership brings Arm into the most demanding cloud workloads — AI and cloud gaming,” Huang said. The instances will allow game developers to run Android games natively on AWS, among other things.

Meanwhile, Nvidia is expanding its collaboration with Marvell to combine Octeon DPUs with GPUs to accelerate cloud, enterprise, carrier and edge applications.

In PCs, Nvidia is partnering with MediaTek, one of the world’s largest suppliers of Arm-based SoCs, to create a reference platform supporting Chromium, Linux and Nvidia SDKs. This should help bring ray-traced graphics and AI applications to a new class of laptops.