One Apple platform in 2021: The year iPad and Mac begin to converge 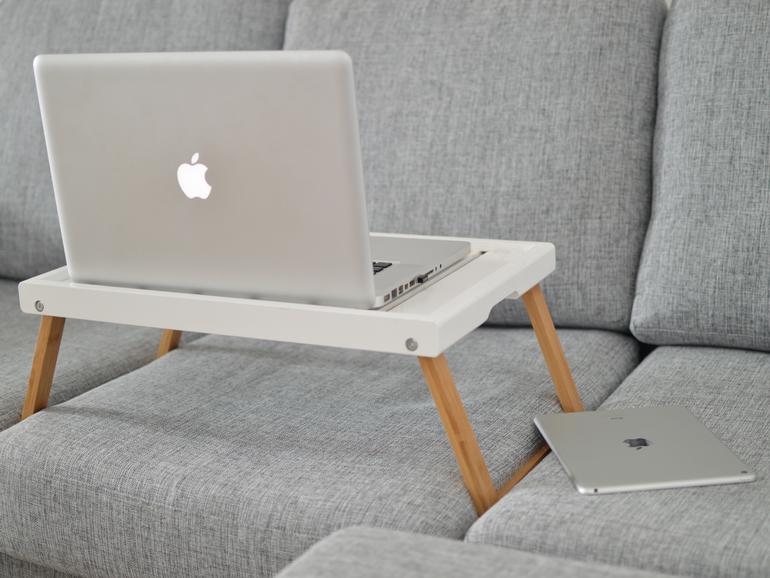 Apple announced this week that the Worldwide Developer Conference will be held on June 7 — once again as a virtual event. The announcement comes just as speculation is peaking about a possible Apple hardware event this month.

What hardware might be in store this April? Rumors are focused on a vastly upgraded iPad Pro line featuring a system on a chip (SoC) with performance comparable to the current generation MacBook Pro’s M1 processor. While this chip is rumored to be called A14X (a version bump in name from the chip in the iPhone 12 and iPad Air), the actual architecture — in terms of the overall arrangement and count of large and small cores, the amount of onboard cache, the GPU, and NPU configuration — is expected to be very similar to the M1.

Where the chips and the hardware are expected to differ (in addition to the iPad Pro’s native touchscreen capabilities) may be in the area of memory performance and additional circuitry needed on the Mac for more complex I/O, such as for high-performance solid-state drives that the iPad doesn’t use. But, in all other respects, with the new generation of iPad Pros that are likely to be released shortly, the A14X will be at parity with the Mac’s M1 in everything but name. Ultimately, what may end up separating the iPad Pro and the Mac may come down to software.

If we assume that the iPad Pro 2021 has 8GB or 16GB of RAM, and comparable cores, GPU, and NPU horsepower to a comparable MacBook Air or MacBook Pro with an M1, then the forthcoming iPad Pro now outstrips the capabilities of any application that currently runs on iPadOS — it’s overkill and begging to be exploited.

This, I believe, is where we’ll see some exciting developments at WWDC 2021. We can expect that Cupertino will roll out the third iteration of Catalyst, the development framework used to port iPad and iOS apps to the Mac’s Apple Silicon platform. To date, however, Catalyst has not seen significant adoption among Mac software developers. Why? For starters, the Rosetta x86 emulation simply runs too damn well, so developers are taking their sweet time in porting over large Mac apps to Apple Silicon, whether it is with the native Cocoa API framework using x86 Mac codebases or iPad codebases with Catalyst.

The other issue: The level of effort needed to port iPad apps over to the Mac for negligible developer return on investment. Let’s face it, the iOS and iPadOS ecosystems are highly lucrative; that is where the money is for the majority of Apple’s developer base. The big developers with big Mac apps, such as Adobe and Microsoft, already have Apple Silicon ports in progress. And those are few and far between compared to the hundreds of thousands of iOS and iPadOS apps in the App Store.

Where things are likely to get interesting are ports in the other direction: Mac to iPad. And, to do this, Apple needs to make Catalyst the unifying API glue between both platforms so that all future development – whether on iPad or Mac — becomes a single developer target.

Apple has some important existential decisions to make. Now that it is almost ready to abandon the Intel x86 architecture on all Mac systems, it’s already halfway there. The next step in platform evolution goes beyond simply making Apple Silicon more powerful — with even more general-purpose compute cores, the ability to stack more memory, more powerful GPUs, and more machine learning cores. It goes even further than building the chips needed to make the next generation of Mac Pros and higher-end MacBooks.

The next step beyond more powerful chips is determining which of their two desktop operating systems — iPadOS or MacOS — will be the future.

Today, MacOS is important because it is the platform that hosts the development environment for both iOS and iPadOS. In essence, the two most important revenue generators for the company are just Mac’s vassal states. But suppose Apple merges select Mac APIs with Catalyst succeeding Cocoa as Mac’s preferred development framework. In that case, the only real difference between an iPad and a Mac will just be the default user interface. At that point, the iPad could become a self-hosting environment if XCode were ported to it, even if it was limited to Catalyst as its development target.

In the past, Apple has made statements that it has no intention of merging the MacOS and iPad platforms. But what if that is just semantics? What if iPadOS is evolving into the replacement for the Mac?

iPad and Mac: The next 10 years

Whether iPadOS replaces the Mac or the MacOS becomes more iPad-like is simply a means to an end. The result is the same: A future in which Catalyst becomes the development environment for all Apple platforms.

We’ve already seen some of MacOS controls (such as the notification center and control panel) and built-in apps ported over from iPad using Catalyst, including the Apple News app, Apple Maps, Messages, TV, Music, and a few others. However, It may not make sense for MacOS to become even more iPad-like, at least if we are talking about porting over all of the touch interface libraries and frameworks. The effort required to make the MacOS fully touch-enabled would rival the porting of MacOS to Apple Silicon itself. There’s a lot of legacy code in there that would be a heck of a mess to untangle and replace.

However, we already know that MacOS 11 can run iPad apps natively without any form of emulation. They use mouse and keyboard input to emulate touch, provided that the application developer publishes it to the App Store. But some developers, such as Google and Facebook, have refrained from doing that, ostensibly because it might affect their ad revenue generation capabilities.

Instead of making the Mac run more like the iPad, Apple could do the opposite. The company could take things further with the new iPad Pro by allowing existing Apple Silicon or even x86 Rosetta applications to run without modification. Apple could create a stripped-down Mac runtime environment that executes under its containerization and virtualization engine used on the Apple Silicon version of MacOS 11 — something that to date has not been well-documented or exposed to developers. It simply just runs.

It would be a quick and easy way for beefier iPad Pros to take advantage of all that extra horsepower. The Mac apps in question would have to be distributed on the App Store rather than traditional Mac installation methods, but there’s no technical reason why it could not be done.

Of course, this brings us to the most likely end-state for Mac: An entirely App Store-driven ecosystem. A closed system where all monetization goes through App Store.

Eventually, once all x86 Rosetta apps are ported to native Apple Silicon, and the entire library of apps in the App Store are either Cocoa (which, at some point, is likely going to merge into Catalyst a few years down the line) or native Catalyst, both platforms can then be merged into one.

Will the Mac become more iPad-like, losing some of its legacy code in the process, or will iPadOS take on Mac’s attributes to accommodate professional user demands, such as with the ability to run windowed interfaces? Once the development targets become identical, the differences between the two systems become mostly cosmetic — and I feel that an entirely new brand for the operating system that replaces both systems will end up being what runs our Apple desktop apps 10 years from now.

Does the Mac become more iPad-like, or will the iPad become more like the Mac? Talk Back and Let Me Know.