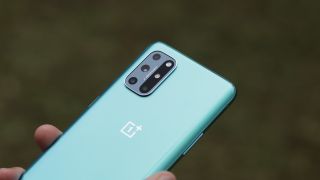 We’re very much looking forward to seeing the OnePlus 9 when it’s unveiled around March or April time, but it seems someone has already got hold of an early prototype – and indeed tried to sell it on eBay.

As Android Central reports, the listing has since been pulled, but the seller was asking for a cool $3,000 (about £2,240 / AU$3,950) for the handset. We wouldn’t expect the OnePlus 9 to be quite so expensive when it does appear.

According to the listing, this is the same prototype that we’ve already seen leaked photos of, with the special logo on the back that OnePlus uses for its prototypes. A 6.6-inch screen, 8GB of RAM, 128GB of storage and a 48MP main camera are all mentioned.

We’ve heard some of those specs before, from the same source – it seems that the prototype that has escaped the clutches of OnePlus is giving us a pretty good idea of what to expect from the next flagship phone in this series.

The Snapdragon 888 processor is namechecked again in this eBay listing, the next-gen Qualcomm chipset that we’re expecting to power a lot of the high-end Android smartphones throughout the course of 2021.

We’ve also heard from separate inside sources that the OnePlus 9 will come with faster charging, faster wireless charging, and a bigger battery compared with what came on board the OnePlus 8.

There’s talk that the OnePlus is going to be launching in March 2021, which would be something of a surprise considering the OnePlus 8 appeared in April 2020. Unveiling phones earlier than usual seems to be a trend that we’re going to see next year.

One detail that we haven’t heard any rumors about yet is price, but expect the OnePlus 9 and its Pro variant to be relatively affordable. It’s likely that we’re also going to see a more affordable Lite version of the phone show up at some point too.