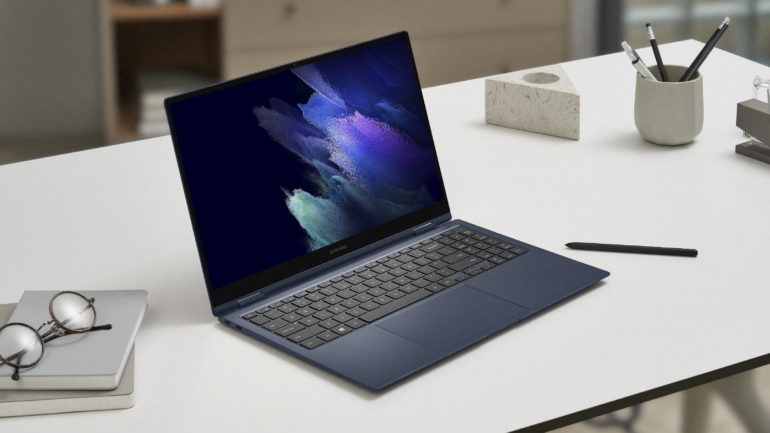 Samsung unveiled its new Galaxy Book Pro laptops at its Unpacked Spring 2021 event, but it also announced a future Galaxy Book Odyssey, equipped with an Nvidia RTX 3050 Ti – the only thing is, Nvidia hasn’t even announced the RTX 3050 Ti yet.

This was spotted by our friends over at Tom’s Hardware, who also clarify that this device is going to come to Korea first for $1,399 (about £1,099, AU$1,790.) The laptop is going to be equipped with 32GB of RAM and an Intel H-series processor – which makes it an odd configuration for a gaming laptop, so it’s likely aimed at creative professionals on the go, much like a Dell XPS 15.

This isn’t really much of a surprise at this point, though. We’ve been hearing about the RTX 3050 from all over the internet recently. Leaked benchmarks have been springing up everywhere, with the mobile version showing up in a Lenovo store listing for the Lenovo Legion 5 Pro 16  – though that one has been updated to “Up to Nvidia GeForce RTX 3070.”

The slide that leaks the Nvidia RTX 3050 Ti doesn’t really go into detail about what the processor will be capable of, but we’ve seen plenty of leaked specs already. So, it’s only a matter of time before this new mobile GPU comes out, the question now is: when will Nvidia actually announce the budget graphics card?

Unified communication and how it can transform your business

We’ve reached out to Samsung and Nvidia for comment, and will update this story once we hear back from either company.