Oscars 2021 live stream: time and how to watch Academy Awards from anywhere today 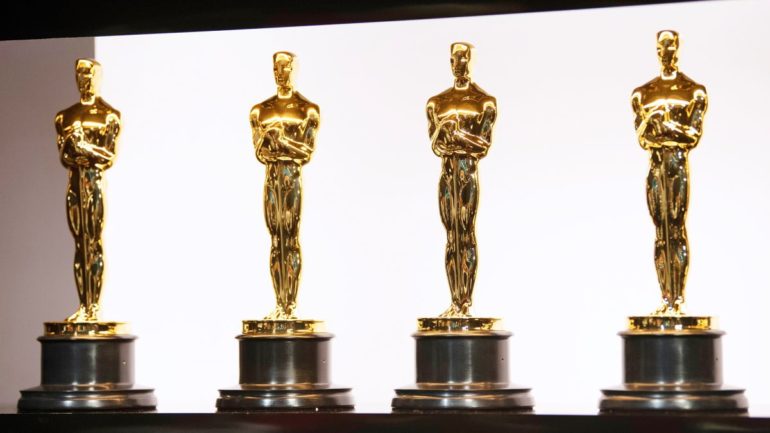 For fans of massive movies, glorious gowns and Hollywood brouhaha, events don’t come much bigger than Oscar night! And whether you’ve been systematically working your way through all this year’s nominees or just enjoy revelling in tearful speeches, you’ve found your way to the right place to discover how to get a 2021 Oscars live stream – including the best FREE options.

Be in the front row as the likes of Nomadland, Sound of Metal, Promising Young Woman and five other titles hold their breath for that Best Picture winner announcement.

Once again, the Academy Awards will rely on award presenters to propel the ceremony forward throughout the night, with the Oscars remaining hostless since 2018. This year the ceremony will predominantly take place outdoors. Complying with Covid-19 guidelines, you can expect to see this year’s nominees in the courtyard of Los Angeles’ downtown railway station, Union Station.

While this year’s ceremony will be a far more intimate affair than previous years, there will still be many of your favorite stars in attendance, including Zendaya, Regina King, Brad Pitt, Joaquin Phoenix, Reese Witherspoon and others lined-up to present awards to this year’s winners.

It’s fair to say things will look a little different than previous years. But with the likes of the Golden Globes and BAFTAs already having taken place with varying degrees of success, it’s fair to say the Academy Awards will still hold strong to its reputation as an evening of paying tribute and celebrating the incredible talent within the movie industry. So pop on your party gear and get yourself an Oscars live stream this weekend.

Keep scrolling if you want to know your viewing options in the US, Canada, UK, India and Australia (pssssst, it’s absolutely FREE Down Under!).

But it’s worth noting that if you’re away from your country this Oscar night and were hoping to watch your home coverage on your laptop or mobile, it will inevitable be geo-blocked. Annoying but this easily fixed, with a VPN you can change your IP address to a location back in your own hometown or country that will then allow you to stream the event as if you were sat back at home.

How to watch the 2021 Oscars: live stream in the USA

ABC once again has the rights to air the Oscars in the US. So as long as ABC is one of the television channels you can get, then you’re all set. Alternatively, you can get a Oscars 2021 live stream on abc.com by logging in with your cable provider.

Well and truly cut the cord? Don’t worry, you’re not without options. You can get ABC through a number of OTT services, including FuboTV, which starts from $64.99 with its Starter plan and also offers a 7-day free trial. Other options include AT&T TV Now for $69.99 a month.

Not in the US this weekend? New or existing subscribers to US streaming services can still access the platform of their choice from abroad, too – all you need is the help of a good VPN.

Save money with these streaming deals for cord-cutters

Ready to settle into your sofa for the long haul? Those in the UK can tune into coverage of the 93rd Academy Awards at 1am BST on Monday, April 26 on Sky’s dedicated Sky Cinema Oscars channel. This comes as a part of the Sky Cinema package, which you can add to your Sky package for £11 a month. Why not check out our Sky TV deals to find the best bundle for you if you’re not already subscribed?

Alternatively, you can get Now’s Cinema Pass for £11.99 a month and get a 7-day free trial if you’re a new customer, allowing you to live stream the 2021 Oscars completely for free.

As described above, it’s easy to watch this even if you’re abroad. Simply download and install a VPN and then change the server location to one inside the UK.

How to live stream the Academy Awards for FREE in Australia

Great news, Aussie film fans. Unlike in most other countries around the world, you get free access to watch the 93rd Oscars thanks to Channel 7. So for those with access to the channel it’s as easy as switching on the TV or using the mobile 7Plus app to enjoy all the action. It’s on at a very leisurely 10am AEST on Monday, April 26.

Outside Australia today? Use a VPN if you’re away from home and still want to catch that Oscars coverage.

How to stream the Oscars live in Canada

Canadian fans are in luck as CTV will show the 93rd Academy Awards live on television. However, if you don’t have a TV, you can still watch the awards show on the network’s website though you will have to select your TV service provider and sign in with your CTV account. The ceremony is due to start from 8pm ET / 5pm PT.

How to live stream the 2021 Oscars in India

Star India once again has the rights to show the glitz and glamour of the Academy Awards. Coverage starts from 5.30am on Monday morning in India.

You’ll need access to the Star Movies Select as part of your satellite package to watch.

We’re delighted to say that it’s now looking very likely indeed. Yes, it’s been pushed back a couple of months from its usual slot on the awards circuit. But, unless something major happens, the 93rd Academy Awards will happen on Sunday, April 25.

The big prize of the night is the Best Picture award – and here are the eight nominees competing for it:

If you want the full Oscar experience, you’re better off choosing one of the live stream options above to catch every moment of the 93rd Academy Awards. That said, if you just want to see the highlights, you can head to the official Oscars YouTube channel to get videos hot off the Oscar red carpet.

How can I watch the Oscars without cable?

For those in the US looking to livestream the 2021 Oscars, there are plenty of ways to watch ABC via cord cutting services. You can choose between FuboTV and AT&T TV Now, as well as YouTube TV and Hulu’s Hulu + Live TV package.

Can I stream the Oscars for free?

Depending on where you are in the world depends on whether you can secure a free live stream of the 2021 Oscars.

Those are in Australia, benefitting from a completely free way to watch the 93rd Academy Awards through Channel 7 on the TV, or through its app 7Plus on compatible devices.

Sadly, Australia is the only country with a completely free-to-watch option for the Oscars. That said, there are other options for those elsewhere looking to avoid dropping a penny. In the UK, new customers can get a 7-day free trial for the Now Entertainment pass.

Alternatively, in the US FuboTV also comes with a 7-day free trial. With both, you can be fairly calculated, timing your the start of your subscription just right to encompass the Oscars and cancel before you’re charged within the 7-day free trial period.

Not going to be in the country when the Oscars is taking place? Get a VPN and you can watch your native broadcaster with ease.