Phones launched in May 2021 in India 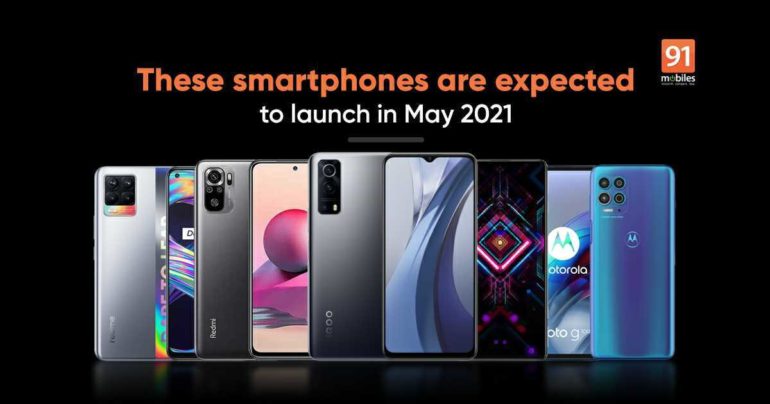 The month of May in India was a silent one when it comes to product launches in general. We had only a handful of phone launches in India due to lockdown and the Covid-19 pandemic.

In May 2021, India witnessed just six smartphone launches as compared to 22 launches from April 2021. Mi India launched a new addition to the Redmi Note 10 series while Infinix launched one of the cheapest phones with a 90Hz screen refresh rate display.

Further, Tecno and Lava added their own budget smartphones in India. Itel on the other hand launched what we can call one of the cheapest smartphone available in India right now. Lastly, the show stopper for the month of May was Realme’s affordable flagship phone, the Realme X7 Max.

In the coming month, we are expecting around 15 to 20 smartphone launches including the OnePlus Nord CE, Realme GT, iQ00 Z3, Mi 11 Lite, and much more. You can take a look at all the upcoming launched here.

Launched on the last day of the month, the Realme X7 Max is the company’s newest affordable flagship smartphone of the season. The Realme X7 Max is rebranded Realme GT Neo from China. The device is also India’s first phone with Dimensity 1200 chipset.

It has a quad-camera stack with a 64MP primary sensor, an 8MP wide-angle camera, a 2MP macro, and a 2MP depth sensor. For selfies, there is a 13MP punch-hole camera. Powering the internals is a 5,000mAh battery with 33W Type-C fast charging support.

In terms of camera, the device comes with a 48MP main camera, a 2MP lens, and an AI lens. Some of the camera modes include 240fps slow-mo, timelapse, and video bokeh. Selfies are handled by an 8MP shooter on the front. This is also the company’s first phone to launch with Android 11. The Infinix Hot 10S is backed by a big 6,000mAh battery with 10W support.

Lava launched a phone that comes with a massive 7-inch display and a big 6,000mAh battery unit. The Lava Z2 Max is a budget phone with 2GB of RAM and 32GB of internal storage. The Lava Z2 is powered by an unknown quad-core MediaTek Helio Processor and runs on Android 10 Go with stock Android.

Arm debuts the Armv9 architecture, outlines its roadmap for the next decade of computing

Further, the device sports a dual-camera setup on the back which uses a 13MP sensor and a 2MP secondary. On the front, you get an 8MP selfie shooter.

Lava Z2 Max launched in India with a 7-inch display and 6,000mAh battery

Tecno Spark 7 Pro is the company’s budget phone that is set to take on the likes of Micromax In 1 and Samsung Galaxy M12. The Tecno Spark 7 Pro comes with a 6.6-inch HD+ with a 90Hz refresh rate. It is packed with up to 6GB of RAM and 64GB of internal storage.

Under the hood, the device is powered by MediaTek Helio G80 SoC. The Tecno Spark 7 Pro has a 5,000mAh battery unit. In terms of cameras, the phone comes with a 48MP main shooter, a 2MP depth sensor, and an AI lens. An 8MP selfie camera handles the selfies.

Itel A23 Pro is an entry-level affordable phone that costs less than Rs 4,000. It has a 5-inch display with a large bezel on the top as well as on the chin. Under the hood, the Itel A23 Pro is powered by an SC9832E quad-core processor clocked at 1.4GHz. The device comes with 1GB of RAM and 8GB of internal storage along with support for a MicroSD card up to 32GB.

Phones launched in May 2021