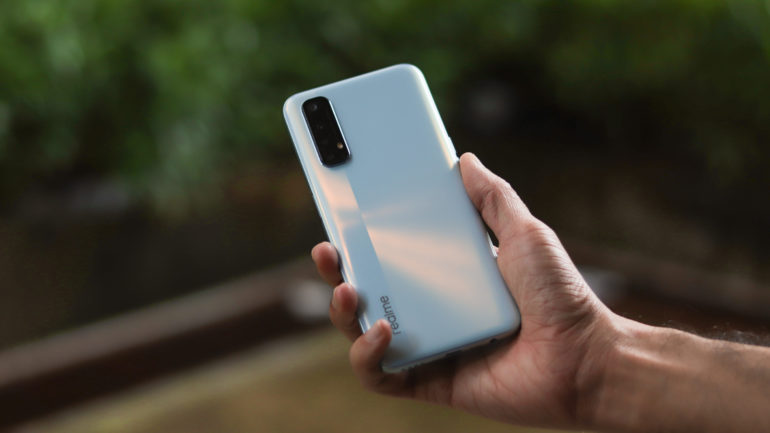 Realme has been at the forefront when it comes to launching 5G capable smartphones in India. Even though the 5G connectivity is yet not available in the country, we already have 5G phones priced well under Rs. 20,00 in India.

Interestingly, most of these phones are powered by MediaTek’s Dimensity chipsets. This Taiwanese semiconductor company to democratize 5G connectivity, announced the launch of its new processor Dimensity 700 in the country.

Taking their partnership ahead, Realme India’s CEO Madhav Seth, in an exclusive discussion with TechRadar, announced that the upcoming Realme 8 5G smartphone will be the first phone to be powered by the same Dimensity 700 chipset. The phone is set to be unveiled on April 22 in the country.

Speaking about the upcoming Chipset, MediaTek India’s Managing Director Anku Jain said the company is now pushing the envelope along with smartphone makers like Realme to bring affordable 5G devices in the country.

Talking about some of the features of the Dimensity 700 chipset specifically, he stated that the chipset is designed to be highly efficient in terms of camera performance, advanced connectivity, carrier aggregation, and most importantly it will offer dual-5G capabilities.

Apart from these, he added that the SoC will support a 5G exclusive new-voice over radio feature that along with dual 5G connectivity will be highly useful for the consumers.

Incidentally, Realme was the first company to bring Dimensity powered phones to India. The Realme X7 and the Realme X7 Pro, with Dimensity 800U and Dimensity 1000+ respectively launched in India in January this year.

In AIGamingSmartphones
on 4 May 202111 min read

Apart from smartphones, Realme is bullish about smart home products and plans to launch a plethora of new products this year. Seth added that the company sees products like smartphones and smart TVs as the entry point to the smart home ecosystem.