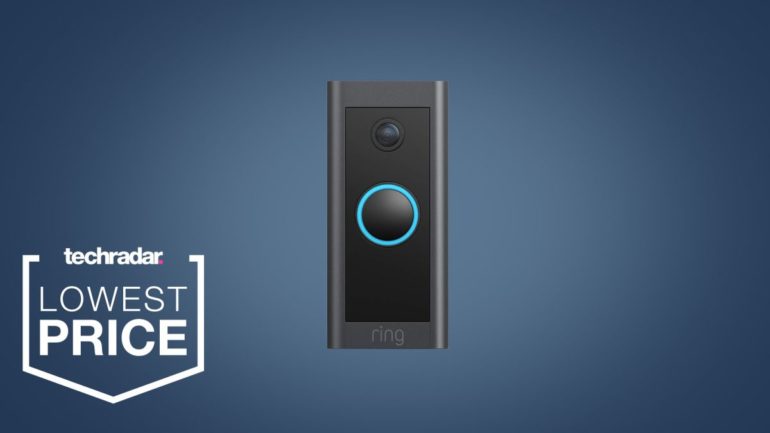 Some of the best Prime Day deals we’ve seen are for smart home gadgets such as the best home security cameras and the best video doorbells, with some significant savings on these handy bits of kit in both the US and the UK.

Video doorbells will send an alert your smartphone when someone presses the doorbell, and allow you to see and speak to anyone on your doorstep, even if you’re not at home. They’ll also record and store footage, either online or locally, when the doorbell is pressed or motion is detected, so you can review it at a later date – particularly handy if you miss the original alert.

Ring is one of the best-known video doorbell brands, while home security camera stalwart Arlo also offers some of the best smart doorbells on the market, and among the deluge of Prime Day deals there are some serious savings to be had on both Ring Video Doorbells and Arlo video doorbells.

However, deciding which of these deals is best may leave you flummoxed – and if that’s the case, we’re here to help. Below you’ll find all today’s best Prime Day video doorbells deals, and below that we take a closer look at the doorbells on offer, to help you choose the best deal for your home.

Today’s best video doorbell deals in the US

Ring Video Doorbell Wired: $59.99 $44.99 at Amazon
Amazon has knocked $15 off the Ring Video Doorbell Wired, bringing the affordable video doorbell to its lowest-ever price. It records footage in Full HD when the doorbell is pressed or motion is detected, and uses your existing doorbell wiring, so you won’t have to worry about replacing the battery.
View Deal

Arlo Essential video doorbell wired: $149.99 $99.99 at Amazon
Amazon has cut $50 off the price of Arlo’s wired video doorbell, taking it back to its lowest price ever. We rate this as the best video doorbell you can buy right now – it’s simple to use, and records detailed footage in a 1:1 aspect ratio so you can see the full length of someone at your door. View Deal

Arlo Essential wire-free video doorbell: $199.99 $149.99 at Amazon
You can get 25% off the wire-free version of Arlo’s video doorbell on Amazon right now. Identical to its wired counterpart in every way apart from its power source, this is one of the best video doorbells you can buy right now. It records detailed footage when motion is detected or the doorbell is pressed, and lets you converse with whoever is on your threshold via an audio call placed to your smartphone. View Deal

Ring Video Doorbell Wired: £49 £35 at Amazon
Save £14 – Ring’s cheapest video doorbell is a great option for those on a budget, and it’s now more affordable than ever thanks to this 29% price cut. You get the same clear video and audio as Ring’s other doorbells, but in a more compact design.View Deal

Arlo video doorbell: £175.16 £124.99 at Amazon
With almost 30% off for Prime Day, Arlo’s wired video doorbell is once again back to its lowest ever price. Taking the top spot in our best video doorbells round-up, this is a simple to use smart doorbell that will alert you when someone is on your doorstep. View Deal

‘Metaverse’: the next internet revolution?

Arlo Essential wire-free video doorbell: £162 £124.99 at Amazon
This wire-free version of Arlo’s video doorbell has been discounted by 30%, taking it down to its lowest price ever. Identical to the wired version in every respect aside from the way it’s powered, this video doorbell is great value for money if you want to be able to see who’s at your doorstep on your smartphone.View Deal

The Ring Video Doorbell Wired is Ring’s entry-level video doorbell. It requires existing doorbell wiring, and records Full HD footage when the doorbell is pressed or motion is detected through its 155-degree field of view, although you can’t see the full length of anyone at your doorstep. If you want to review the footage at a later date, you’ll need to subscribe to Ring Protect, which stores recorded video in the cloud for 30 days and is priced at $3 / £2.50  per month or $30 / £24.99 for the year).

The Arlo Essential Video Doorbell, which is known as the Arlo Video Doorbell in the UK, also uses existing doorbell wiring. However, it records footage at 1536p, meaning it’s more detailed than the video clips recorded by the Ring Video Doorbell Wired. The footage also has a 1:1 aspect ratio, which means you can see the full length of someone on your doorstep, including any packages they’re delivering. Just like Ring’s video doorbells, you’ll need a subscription to Arlo Smart if you want to review video clips recorded by the doorbell and make use of AI features such as package detection, which costs $2.99 / £2.49 per month.

If you’re in the UK and you want a video doorbell that records color footage at night, then opt for the Ring Video Doorbell Pro Prime Day deal.

No matter where you live, you’ll find all the lowest prices for video doorbells from around the web right here, with offers available in your region.