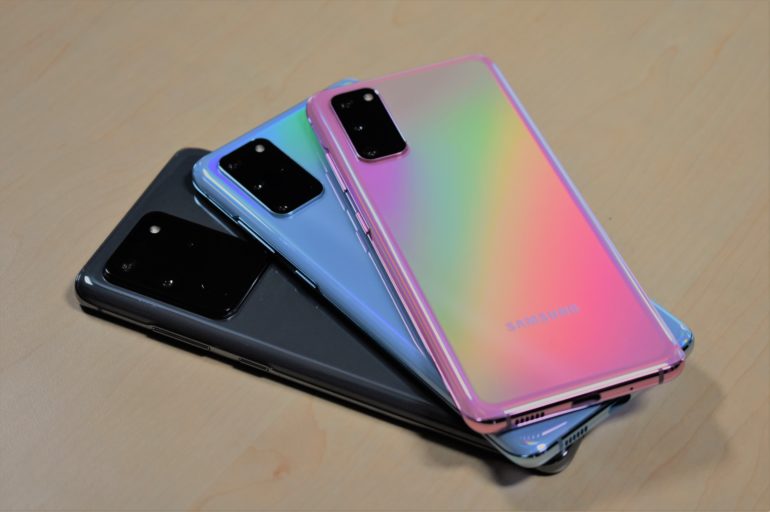 We’re days away from the launch of the Samsung Galaxy S21 phones on January 14, coincidentally the last day of CES 2021, but we’re still learning more about the handsets. Case in point: a new set of leaked photos reveals every color and hue the phones may come in.

We’ve certainly seen a lot of Samsung Galaxy S21 colors, but this is the most complete assortment yet. In addition to the previously rumored colors for the S21 (Phantom Violet, Phantom Pink, Phantom Grey & Phantom White), the new leaks by Roland Quandt show the same selection of colors for the S21 Plus – as well as another solid red hue – in a four-image set of renders across two tweets.

The tweet above also reveals five possible colors for the Samsung Galaxy S21 Ultra – more than the Phantom Silver we’d heard before. Note the cross-hatching on the camera block corner of three of those hues, a detail we hadn’t seen before. Perhaps more important: Quandt labeled these as ‘Custom Colors,’ implying that these may not come to all regions.

Quandt’s second tweet had another pair of images that showed the standard S21 colors and repeated the S21 Ultra’s hues from the first tweet. While neither show colors we haven’t seen before, we now have the most complete collection of potential Samsung S21 options we’ve seen thus far.

Samsung Galaxy S21: all we know from the previous weeks’ leaks

The last couple weeks have been rife with info about the upcoming Samsung S21 phones, from confirmation of the January 14 launch date to details on pricing, which suggest the whole range may be cheaper than last year’s phones, though they might trim some specs to get there.

There’s also details on the camera features coming with the phones, which might see improvements to the multi-capture Single Take mode that debuted on the S20. But more rumors are emerging about the S21 Ultra’s distinguishing features, like that it could be the first Samsung phone with a display supporting WQHD resolution and 120Hz refresh rate at the same time. Further, hints that the premium phone will support the S Pen sounded more real as renders leaked showing regular and folio cases with slots to house the stylus.