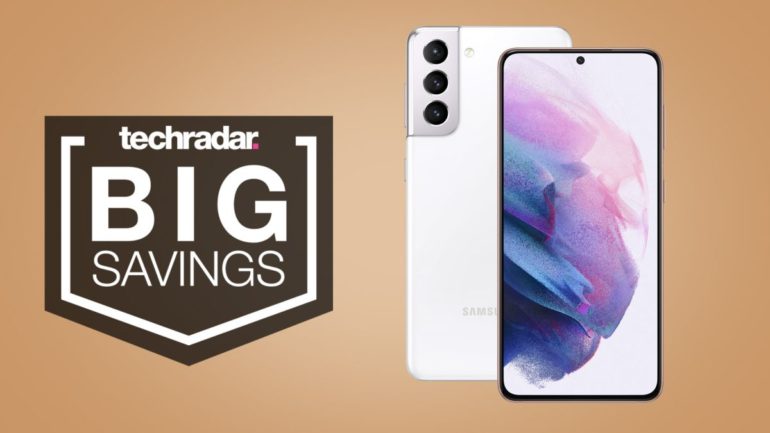 Bringing forward its annual Unpacked event, Samsung has gone ahead and unveiled its 2021 flagship handsets. Beautifully coinciding with the year, the Samsung Galaxy S21, S21 Plus and S21 Ultra are here, following the same pattern as previous years by offering a whole entourage of models rather than one single handset.

A handset for each budget, then, Virgin Mobile is making sure you secure even better value for money with its bundle deal across all three of the brand spanking new handsets. Really, these Samsung Galaxy S21 deals are too good to miss.

Loading you up not only with one of Samsung’s feature-packed 2021 flagship handsets, Virgin Mobile is giving customers who pre-order a pair of Galaxy Buds Live, a Smart Tag, on top of the fabulous Samsung Tab A7, all for as little as £33 a month.

It’s important to note the prices below for the Samsung phone deals reflect Virgin Mobile’s 36-month contracts, meaning you’ll be locked in for longer than the average 24-months. 5G is also yet to find its way to Virgin, so you won’t be able to make the most of the handset’s 5G connectivity just yet.

Samsung Galaxy S21 Ultra 5G: at Virgin | FREE upfront | 1GB data | unlimited minutes and texts | 36 months | 3 FREE gifts | £45pm
The beast of the three S21 models, the S21 Ultra is certainly the fully loaded smartphone from Samsung this year – and it’s got the price tag to go with it. Thankfully, with Virgin’s 36-month contract, it’s that touch more accessible, putting the 6.8-inch display into your hands, along with the 120Hz refresh rate on at all times, the 108MP pro camera sensor on its rear, and S Pen compatibility. Enjoy this and more with your three FREE gifts. With the Ultra, you get Samsung’s new Galaxy Buds Pro instead of the Buds Live.
View Deal

Which Samsung Galaxy S21 model should you choose?

Samsung Galaxy S21:
The cheapest of the three handsets, the S21 is a 5G handset at a price that rivals the iPhone 12 and is much cheaper than the S20 was on launch.

The camera is an incremental upgrade on what the S20 provided, boosting the 8K video software, super steady video and an improved 60fps ‘Director’s View’. Thanks to the new processor, the cameras AI software is working better than ever.

However, Samsung hasn’t managed to improve the battery capacity which could prove a problem with all of this new software.

Samsung Galaxy S21 Plus:
Sitting in the middle of these three handsets, the Samsung S21 Plus blends higher-end specs with a still affordable price tag. Most noticeably the difference between the regular S21 and Plus comes in the battery and screen size.

The battery capacity leaps up to 4800mAh and the screen up to 6.7-inches – a considerable improvement on the above. However, in most categories, these two handsets are very similar with almost identical cameras and screens.

Samsung Galaxy S21 Ultra:
As the most expensive of the three handsets by quite a way, it is no surprise that the S21 Ultra provides a significant improvement in specs over its two smaller brothers above.

Like the two above, it features the new Exynos 2100 processor but jumps the screen size all the way up to a 6.8-inch Dynamic AMOLED 2X display.

With this, users no longer have to choose between 120Hz refresh rate or Quad HD+ quality – an impressive feat to run both. The screen brightness is also 25% brighter than the two handsets above.

The battery kicks in at a mammoth 5000mAh and the rear quad camera set-up features a new 108MP pro sensor with 64x richer colour. You can also shoot in 4K at 60fps, a feature to compete with Apple’s impressive camera tech.

Most interestingly, the Ultra is the first Samsung phone outside of the Note series to allow S pen stylus compatibility – although you’ll have to fork out even more money to get it!