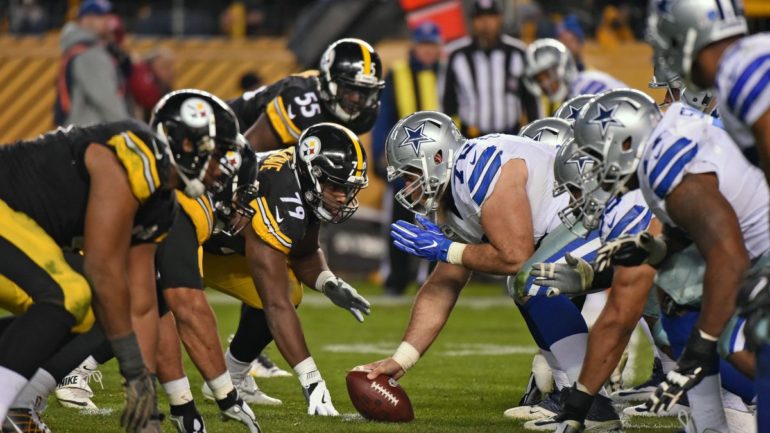 This could be painful. The Steelers have kept their unbeaten record intact through a couple of really tough games, and could heap more misery on a Cowboys outfit that has shown it’s got heart but not a whole lot else in the absence of Dak Prescott. You can follow our guide as we explain where to find a Steelers vs Cowboys live stream and watch all the NFL action online wherever you are.

Pittsburgh made Lamar Jackson look less than average in Week 8, sacking the reigning NFL MVP four times and scoring 14 points off two interceptions en route to a hard-fought 28-24 victory over the Ravens.

The Steelers vs Cowboys game kicks off at 4.25pm ET/1.25pm PT (9.25pm GMT) at AT&T Stadium. Full NFL live streaming and TV channel details are below – and you can watch your preferred coverage from anywhere with this the help of a good VPN service

That was their second difficult match-up in as many weeks, and surely there can be no doubt about the Steelers’ Super Bowl credentials now. An 8-0 record beckons, barring a most unlikely upset.

The last game the Cowboys won was the last one Prescott played in, nearly one month ago. Since then their record reads played three lost three, scored 22 and conceded 86. They’ve lost their last three by an average of more than 28 points, scoring just one touchdown along the way.

Andy Dalton should return to the team after sitting out the Eagles defeat due to concussion concerns, and the rookie Ben DiNucci would probably be relieved to be out of the firing line, after being thrust into the action in far from ideal circumstances.

The good news for Dallas? The games after this one look a little less cruel. Read on as we explain how to watch the Steelers vs Cowboys online and get an NFL live stream wherever you are right now.

How to watch the Steelers vs Cowboys from outside your country

IPVanish – save big with 73% off right now
The US-based IPVanish is another trusted VPN that boasts excellent connection speeds, large server network and great apps. And one single subscription covers unlimited devices, so you can sort the cyber security of your whole family.

But perhaps most interestingly is its current offer. Sign up for an annual plan now and get a massive discount to a mere $3.25 USD per month. That’s a fantastic price for an excellent service, and it will even throw in 250GB of secure cloud storage absolutely free.

– Click to take advantage of this limited time discount

Today’s Steelers vs Cowboys game is being shown on CBS, with kick-off scheduled for 4.25pm ET/1.25pm PT.

How to watch the Steelers vs Cowboys FREE without cable

Pricing starts from $64.99 a month, which is a darn sight cheaper than cable, and there’s even a FREE 7-day fuboTV trial you can take advantage of. That means you can watch today’s Steelers vs Cowboys game 100% free!

Not interested in signing up for cable or for a streaming service? Yahoo is showing every NFL game that’s being broadcast in your local TV market for free in its Yahoo Sports app, including the Steelers vs Cowboys.

Today’s Steelers vs Cowboys clash kicks off at 4.25pm ET/1.25pm PT in Canada, and CTV is providing the TV coverage.

That obviously means the Steelers vs Cowboys game is covered, and it’s an absolute steal as DAZN costs just CA$20 a month or $150 a year. Not only do you get every single NFL game, including NFL Game Pass and RedZone access, but DAZN’s also the exclusive Canadian streaming home of Premier League and Champions League soccer!

It comes with support for iOS, Android, Apple TV, Chromecast, Amazon Fire TV, Android TV, Roku, Xbox One, PS4, and laptop/PC streaming (including Mac devices). And if you’ve never used it before, you can take advantage of a FREE 1-month TRIAL, too.

In AIApps and WebCompaniesComputer science
on 26 July 20211 min read

You can tune in to the Dallas Cowboys vs Pittsburgh Steelers game via the NFL Game Pass Pro, as £143.99 gets you every single game of the 2020/21 season (subject to blackouts) including the playoffs, Super Bowl, RedZone access and more!

How to watch Cowboys vs Steelers: live stream NFL in Australia

If you live in Australia and want to watch the NFL this season, you have several options to do so and are well covered for the Cowboys vs Steelers game, which is scheduled to start at 8.25am AEDT on Monday morning.

ESPN, available through Foxtel, is broadcasting the game, and you can also stream it to your laptop or mobile device using the Foxtel Go app, but you’ll need your Foxtel ID to access the app.

Kayo Sports is showing the Cowboys vs Steelers game too, and is the ideal option for those who don’t want the commitment of a lengthy (and pricey) contract.