The Directors Cut: Why Tebogo Malope Is Shooting For The Stars With The Galaxy Note20 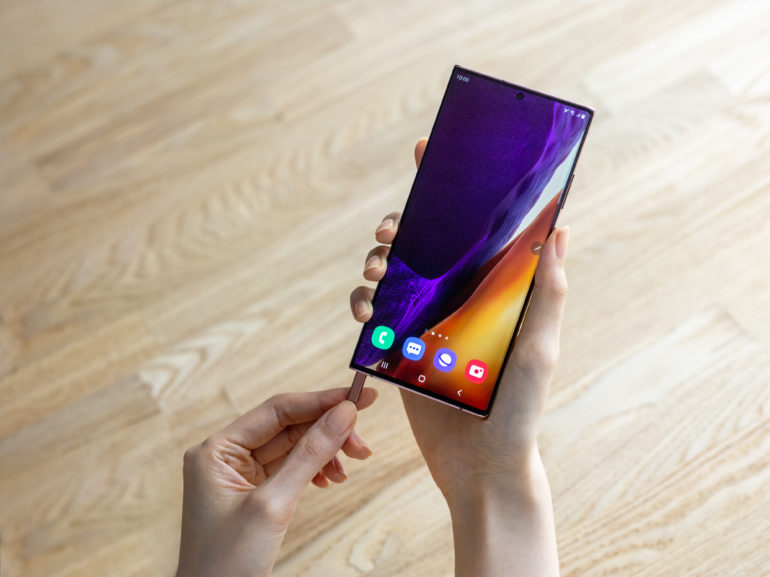 August was a big month for the many South African Galaxy Note fans when Samsung unveiled the Galaxy Note20 Series. The series comes in two versions: Galaxy Note20 Ultra, designed for Note fans who demand the ultimate in power and productivity, and Galaxy Note20, for broader Note users looking to maximise their time for work and play. Renowned filmmaker Tebogo Malope demonstrated the breath-taking features of the new device in the local launch.

Tebogo Malope has grown a reputation for being the voice for African narratives. The award-winning filmmaker, recognised for directing Africa’s first Netflix original series has received every award possible for his commercials and music videos in South Africa, even shooting a music video with the Galaxy S20 Ultra.  This is why his unique perspective on the new Galaxy Note20 Series was so fascinating. This is what he had to say.

What were your first impressions of the Galaxy Note20 Series?

The design looks incredible but as a filmmaker, I immediately reached for the camera.  I’m taken aback by the pro-grade camera, where you can shoot in 8K resolution. The capabilities of the camera and audio are incredible. I often shoot on film cameras, like I’ve done for Netflix where a lot of new content is shot in 4K. However, these devices open up a new world of possibilities, with both 4K and 8K functionality and zoom capabilities any director would love to experiment with. So whether you’re a pro or amateur that level of cinematic quality enhances what you can do with a smartphone.

Beyond filming how would you use the Galaxy Note20 Series?

What struck me was the S Pen. It’s clear it can be used effortlessly in meetings because it feels like a real pen and as I write my notes are saved and immediately adaptable for various formats within the device and for use on a PC and presentations. I love the fact that I can record my directions verbally and take notes, which is then synced perfectly on playback. I can definitely also see possibilities for storyboard artists using it to bring their ideas to life effectively and quickly.

Here’s why the iPhone 13 will quickly look dated next year, says top analyst

In Apps and WebCompaniesSmartphones
on 1 March 20212 min read

How will it improve your productivity?

From taking notes on set to production meetings, the device will allow my team to save time. We often lose the papers we’ve scribbled in-the-moment thoughts on so it will be great to know the good ideas are safely saved on the Galaxy Note20. Because filming can go on long into the night the powerful all-day battery and the fast charge will be greatly appreciated on set.  Additionally, the device links seamlessly to laptops through Wireless DeX to ensure we can review and work on the footage, scripts and new ideas.

Lights, camera and action – clearly the Galaxy Note20 Ultra passes the directors test. Tebogo Malope is set to join the Galaxy Note fans to turn every day into the opportunity to work and play.

* The images shown are for illustration purposes only, and may differ from the actual product. Product specifications may vary by country, region, model, and carrier.