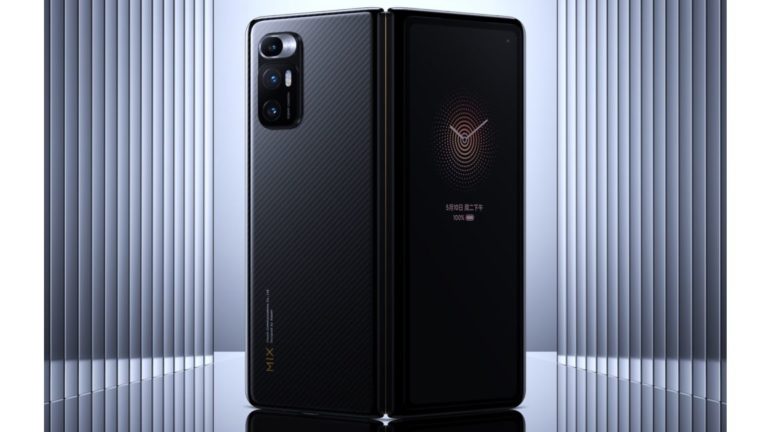 One of the most intriguing tech rumors of 2021 surrounds Xiaomi’s release of a new tablet. If true, it would mark the Chinese tech giant’s return to the slate market since it launched the Mi Pad 4 in 2018. Given that last outing, we think the new device may be called the Mi Pad 5.

According to speculation, Xiaomi is working on a powerful new tablet that will rival the iPad Pro or Samsung Galaxy Tab S8 in terms of processing power, design and features – although perhaps it will come in at a cheaper price point.

The company’s CEO Lei Jun confirmed Xiaomi was working on a new tablet for 2021, although no further details were revealed about the slate. It’s actually leaks and rumors that suggest the tablet will be a super-powerful one.

We’ve gathered everything we know about the upcoming Xiaomi tablet, or Mi Pad 5, based on news, leaks and rumors, to offer an idea about what the new device might bring. Plus, we’ve included a wish-list for what we’d like to see from the tablet.

What is it? Xiaomi’s first tablet since 2018When is it out? Some time in 2021How much will it cost? That’s the big question

Xiaomi’s CEO confirmed that the company will have a new tablet in 2021, but no release window has been provided, so we’re in the dark on that one. According to one leak, it may be July.

It isn’t even clear if the Mi Pad 5 – as it could be called – would get a global launch. Xiaomi is a Chinese tech company and many of its big-ticket items only get released in that country.

Saying that, Xiaomi is becoming bigger in the West, and it won’t be able to continue that growth if it doesn’t release new devices in all regions.

We don’t have any information regarding the new tablet’s price, or even if it will be an entry-level, mid-range or top-end device. Leaks point towards the latter, however.

The code names of a few new Xiaomi tablets leaked and part of the information appears to suggest that at least one of the devices will support a cellular connection. This also hints that there may be multiple devices coming.

Popular leaker Digital Chat Station shared some information on the tablet. Apparently its display will be a 120Hz and LCD – something another leak suggested below – as well as a flat edge and side-mounted fingerprint scanner. Save for the screen information, that makes the Mi Pad sound a lot like the iPad Air 4.

Everything else we know about the tablets comes from one giant super-leak, which laid at least one of the slates bare.

Apparently, the tablet will have a 10.95-inch screen with a 2K resolution and 120Hz refresh rate– which sounds pretty top-end.

The processor is said to be the Snapdragon 870, which is a powerful chipset often seen in mid-range phones. In terms of power, it can’t match the Snapdragon 888 included in some devices, but it comes close.

The tablet will apparently feature two rear cameras: a 20-megapixel main unit, and a 13-megapixel auxiliary one. It isn’t clear what this extra one would be for.

What do we want to see

As previously stated, not all of Xiaomi’s devices get released outside China – the Mi Mix Alpha and Mi Mix Fold phones are two examples of that.

We wouldn’t want this to be the case with Xiaomi’s slate. In most regions, the Android tablet market is pretty barebones, and it could do with a major player such as Xiaomi swooping in to bring a device of interest.

The reasons that Samsung and Apple’s tablets are seen as killer productivity devices isn’t just down to the hardware – it’s in the accompanying peripherals, too.

The Apple Pencil and S Pen, and the companies’ respective keyboard folios or cases, turn the devices from large phones to portable powerhouses.

For Xiaomi to compete with these stalwarts, the company would need to offer its own alternatives to these products. We need to see the Mi Pad 5 launch with a stylus that can be used for note-taking and sketching, and a keyboard so you can use the tablet for easy typing.

Sure, a tablet in itself would be fine – you could just use it for streaming movies or browsing social media – but if Xiaomi wants its slates to compete as work devices, as well as play ones, then any accompanying offering of peripherals will be important.

A tablet-specific version of MIUI

One of the big problems with Android tablets is that the operating system isn’t well optimized for the slate form factor. Even iOS wasn’t perfect, which is the reason Apple designed iPadOS to reflect typical tablet use cases.

Xiaomi lays its own MIUI over Android, and if it implemented some tablet-specific functions to the version of MIUI its slates use, it could easily beat its competition.

Maybe it will have a specially designed home menu, such as iPadOS, or improved dual-screening or navigation functionality of the type seen on a laptop.