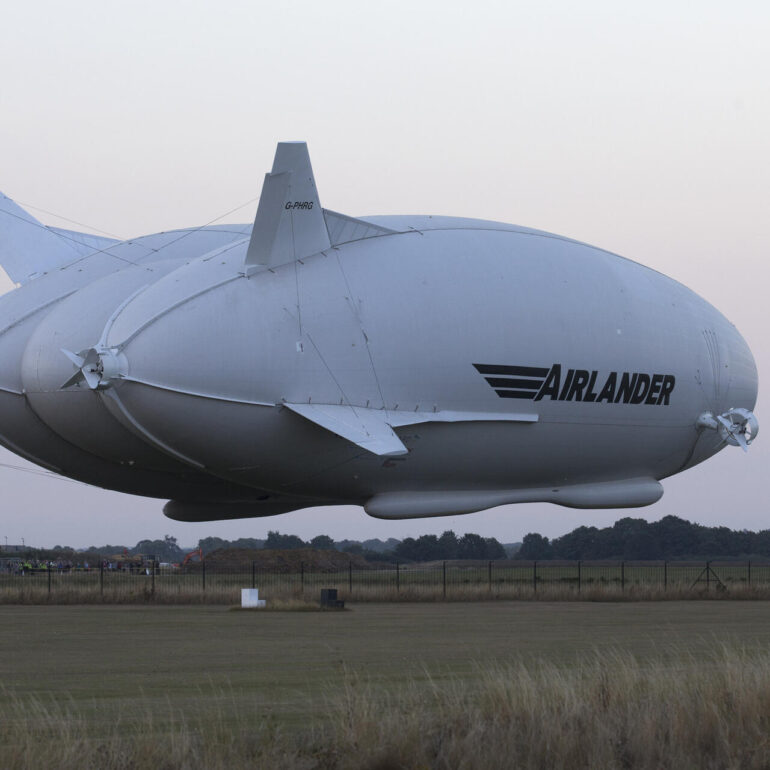 A spokesperson for Hybrid Air Vehicles told AFP that Air Nostrum signed a deal to lease 10 Airlanders scheduled for delivery from 2026 onwards in a transaction worth over $600 million.

The UK group will create 1,800 jobs at its facility in South Yorkshire, northern England, when it starts production later this year.

The hybrid ship—which looks like two blimps stuck together—has a helium-filled hull and will be propelled by a hybrid of electric and fuel-burning engines, with the goal of going all-electric by 2030.

It can stay in the air for five days and travel at maximum speeds of 130 kilometers (80 miles) per hour, with a range of more than 7,000 kilometers.

“Airlander is designed to deliver a better future for sustainable aviation services, enable new transport networks and provide rapid growth options for our customers,” said HAV chief executive Tom Grundy in a statement.

“Our partnership with Air Nostrum Group, as the launch Airline for Airlander 10, leads the way towards that future.”

The airline said in a separate statement on Wednesday that the planned aircraft, which has not yet been certified by regulators, will use far less fuel than regular jets.

“We are exploring each and every possible way to reduce our carbon footprint,” added Air Nostrum boss Carlos Bertomeu.

“The Airlander 10 will drastically reduce emissions and for that reason we have made this agreement with HAV.”

Delivery will be staggered over a five-year period.

The first prototype, developed with US aerospace giant Northrop Grumman, took flight in 2012 as part of a project with Pentagon, which was canceled due to technical and budgetary issues.

HAV transferred the 92-meter-long vehicle to Britain in 2013 to turn it into a civilian model, bigger than an A380 jumbo jet.

It was presented to the public for the first time in 2016, but it nosedived while landing on its second test flight, without causing any injuries.