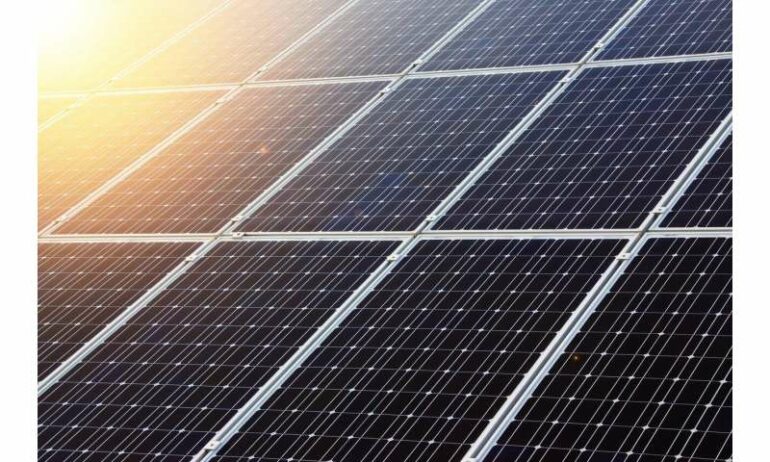 In an advance that could dramatically improve the productivity of solar panels in cold climates, a University of Michigan-led team has demonstrated an inexpensive, clear coating that reduced snow and ice accumulation on solar panels, enabling them to generate up to 85% more energy in early testing.

The coating is made chiefly of PVC or PDMS plastic and silicon or vegetable-based oils. It can be sprayed or brushed on in cold weather and, in its current iteration, can keep shedding snow and ice for up to a year.

“Renewable energy is really taking off right now, but snow is a huge problem in northern climates,” said Anish Tuteja, U-M professor of materials science and engineering, who led the study in collaboration with Sandia National Laboratories and the University of Alaska.

“Solar panels might lose 80 or 90% of their generating capacity in the winter. So figuring out a way for them to continue generating energy throughout the year was an exciting challenge,” he said.

While Tuteja’s lab has developed a number of effective ice-shedding coatings in the past, he explains that designing a coating that can passively shed both snow and ice represents a special challenge.

“Ice is relatively dense and heavy, and our previous coatings used its own weight against it,” Tuteja said. “But snow can be 10 times less dense than ice, so we weren’t at all certain that the tricks we use on ice would translate to snow.”

To find the right coating, Tuteja and his team turned to two key properties that have powered ice-shedding coatings in the past: low interfacial toughness and low adhesion strength. Low surface adhesion is basically slipperiness. Slipperiness alone works well on small areas, but the bigger the surface, the more force is needed to slide snow and ice off it. For larger areas, you need a way to break up the adhesion entirely. This is what low interfacial toughness does—it creates cracks between the ice and the panel. These propagate along the panel, regardless of its size, breaking the ice and snow free.

The team worked to strike precisely the right balance of low surface adhesion and low interfacial toughness that would repel both ice and snow from small and large surfaces alike. They started with very rigid PVC plastic, for low interfacial toughness, and mixed in a small amount of vegetable oil that gave the PVC a low enough surface adhesion to provide the best of both worlds. They also devised a second material that works equally well using PDMS plastic and silicon-based oil.

The U-M researchers collaborated with the University of Alaska to test the material on a solar field in Fairbanks, Alaska, applying the coatings to a subset of panels that were monitored by automated cameras for a period of about two weeks. The tests showed that the coated panels had an average snow and ice coverage of approximately 28% over an entire winter season, in comparison to about 59% for the uncoated panels.

The coating was developed as part of a project led by Sandia National Laboratories, a U.S. Department of Energy research and development lab, with funding provided by the DOE’s Solar Energy Technologies Office

“As the cost of solar energy has dropped and profitability has climbed, much of the growth in solar energy in recent years has been in northern states, where snow is common,” said Laurie Burnham, the project’s principal investigator.

“Snow-phobic coatings, if we can demonstrate their long-term efficacy, will make solar power more reliable and more affordable in snowy regions, helping accelerate our nation’s transition to a more solar-dominated energy economy.”

In Apps and WebCybersecurity
on 5 January 20213 min read

Tuteja says that, while the current iteration of the coating could be used immediately, the team plans to tweak it further with the aim of developing a coating that can last at least five years.

The study is published in Advanced Materials Technologies.