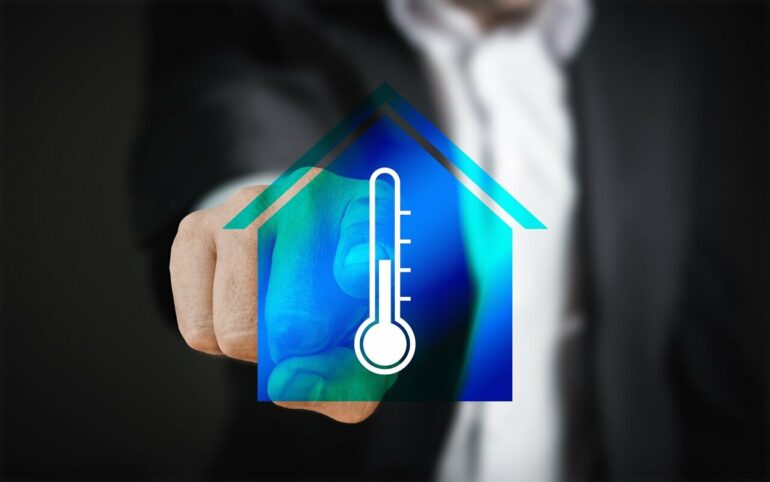 Opening the windows at night and pulling down shades during the sunniest part of the afternoon can keep homes from becoming dangerously hot during extreme heat waves.

New research from the University of Oregon measures just how big of an impact these passive cooling strategies can have, especially in the Pacific Northwest.

In simulations using weather data from a 2021 severe heat wave, a combination of shading and natural ventilation kept apartment temperatures out of the danger zone during the entirety of the three-day event, even without air conditioning. And it reduced the load on air conditioning by up to 80 percent.

The findings could inform building codes to protect renters from the effects of severe heat: Cities could mandate that apartments have operable windows that can be safely left open overnight, as well as working shades.

“In the Pacific Northwest, where we get such cool night air, we have an amazing climate for passive cooling,” said Alexandra Rempel, a UO building scientist who led the study. “And we should take advantage of it.”

Rempel and her research group will publish their results in the September issue of the journal Applied Energy.

In June 2021, an extreme heat wave roasted Oregon and Washington. Temperatures hit 116 degrees Fahrenheit in Portland and 111 degrees in Eugene, breaking previous records. The prolonged heat was deadly, and the impact was especially great on people living in apartments in dense urban areas.

Such extreme heat events are only expected to become more frequent thanks to climate change. So figuring out how to make homes livable during intense summer heat is becoming an increasingly urgent problem.

But buildings in the Pacific Northwest are usually designed to keep heat in. Many homes don’t have air conditioning, given the typically mild summer weather, or only have window units.

While strategies like drawing the blinds and opening the windows are time-tested ways to cool down homes, there wasn’t much solid evidence showing whether they could make a meaningful difference in the face of triple-digit temperatures, Rempel said.

Armed with weather data collected from cities like Eugene, Portland and Seattle during the 2021 heat wave, the researchers used a computer program to simulate conditions inside a hypothetical west-facing, two-bedroom apartment with different cooling strategies.

“Without any shades or ventilation, you’ll quickly be in danger zone,” said undergraduate student Jackson Danis, a co-author of the study.

But even opening windows a little bit lessened the amount of time the apartment was dangerously hot. And strategically using a combination of passive cooling techniques could make the apartment surprisingly livable, even in the face of triple-digit outdoor temperatures.

Opening the windows made the biggest difference at night and in the early morning, when the outside air is the coolest, researchers found. Meanwhile, using blinds or window shades helped the most during the late afternoon, when the sun was directly shining on the windows. Thick outdoor shades were most effective, but standard indoor pull-down shades or blinds, which renters are more likely to have, still made a difference, especially if their edges were sealed with side tracks.

The impact was even greater with a fan in the window to help circulate air.

While the advice seems intuitive, “the magnitude of the improvement is something that we didn’t expect,” said Alan Rempel, an applied mathematician and a co-author of the study.

Passive cooling strategies can be a lifeline for people without air conditioning. But even people with AC could use the techniques to lower their summer energy bills, added Michael Fowler, a building scientist at the Seattle firm Mithun Inc. who co-directed the study.

Reducing air conditioning use relieves stress on the power grid, lowering the risk of power outages during heat waves. It’s good for the environment, too, Alexandra Rempel added.

“It helps keep AC demand within the reach of renewable energy sources,” she said.