The high-speed physics of how bobsled, luge and skeleton send humans hurtling faster than a car on the highway 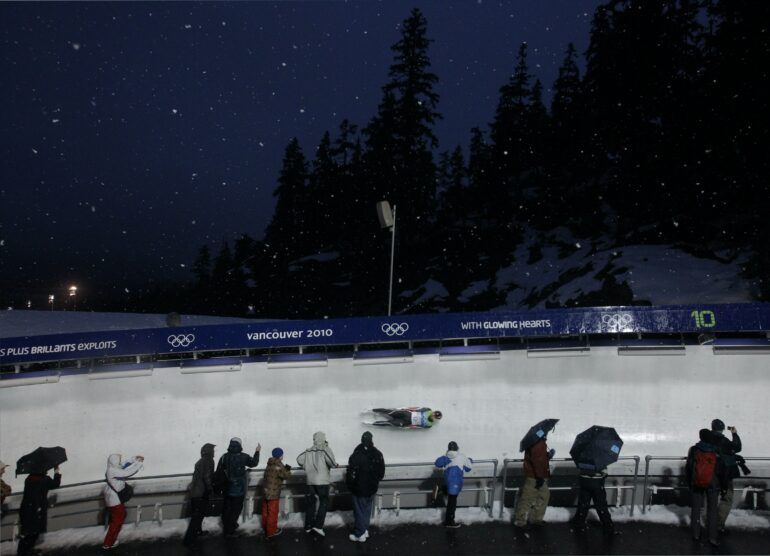 Speed alone may be the factor that draws many sports fans to the bobsled, luge and skeleton events at this year’s Beijing Winter Olympics. But beneath the thrilling descents of the winding, ice-covered track, a myriad of concepts from physics are at play. It is how the athletes react to the physics that ultimately determines the fastest runs from the rest of the pack.

I study the physics of sports. Much of the excitement of a luge run is easy to miss – the athletes’ movements are often too small to notice as they fly by looking like nothing more than a blur on your television. It would be easy to assume that the competitors are simply falling or sliding down a track at the whim of gravity. But that thought merely scratches the surface of all the subtle physics that go into a gold-medal-winning performance.

Gravity is what powers the sleds down the ice-covered tracks in bobsled, luge and skeleton events. The big-picture physics is simple – start at some height and then fall to a lower height, letting gravity accelerate athletes to speeds approaching 90 mph (145 kph).

This year’s races are taking place at the Yanqing National Sliding Center. The track is roughly a mile long (1.6 km), drops 397 feet of elevation (121 meters) – with the steepest section being an incredible 18% grade – and comprises 16 curves.

Racers are dealing with a lot of kinetic energy and strong forces. When athletes enter a turn at 80 mph (129 kph) they experience accelerations that can reach five times that of normal gravitational acceleration. Though bobsled, luge and skeleton may look easy, in reality they are anything but.

On Facebook, quoting ‘Dune’ gets you suspended while posting COVID and vaccine misinformation gets you recommended

In Apps and WebComputer science
on 22 July 20215 min read

Most tracks are around a mile long (1.6 km), and the athletes cover that distance in just under a minute. Final times are calculated by adding four runs together. The…