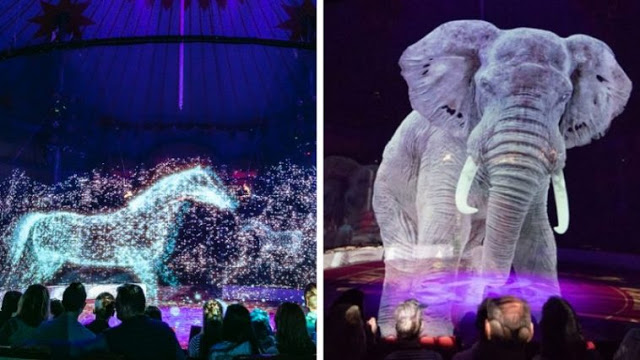 It seems that the zoos of the world are changing the concepts on which they are based. In many parts of the world, zoos have been left behind where wild animals are always locked in cages or abused, removing exceptions such as this one where they cut off a lioness’s claws so that the children could play with it.

In the case of circuses the thing can be worse, but some of these circuses are walking a path in the opposite direction, sometimes even in a radical way and, for this, they are resorting to the latest available technologies. This here allows its visitors to enjoy the sight of animals in full action but without any of them being damaged.

The circus is located in Germany, it is called Circus Roncalli, and it is the first in the world that has replaced animals with realistic holograms. The animations made by computer are projected to real size and shown in a spectacular way. Animals such as elephants, wild horses, monkeys and even fish run, swim and do acrobatics on stage.

The circus has existed for many decades, but recently they decided to replace the animals with 11 projectors, lasers and lenses strategically placed to offer the show without even a single animal being involved. 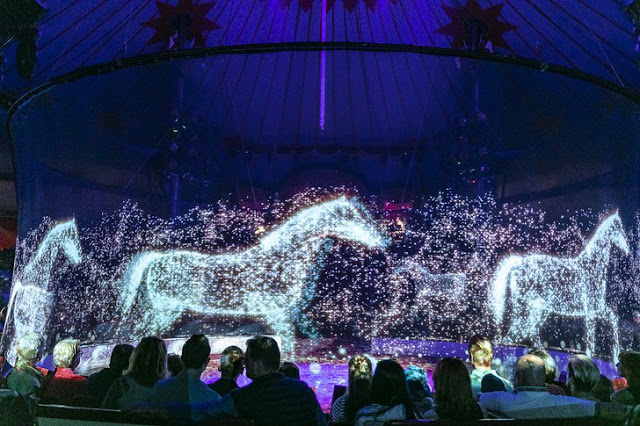 In Apps and WebSmartphones
on 10 January 20211 min read

Thanks to technology, many animals get rid of being locked up living in captivity, while humans can enjoy their virtual presence in this incredible way.