This Man Hid Weed in His Nose. It Got Stuck for 18 Years. 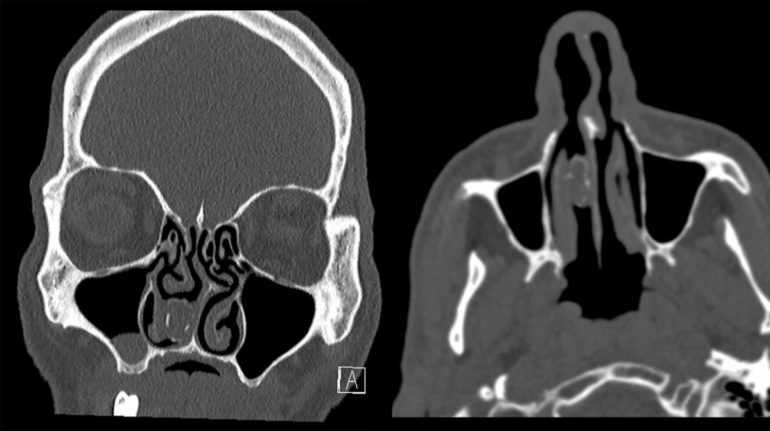 Doctors removed a balloon full of marijuana from a man’s nose — what’s remarkable is that the drugs had been stuck up there for 18 years.

The 48-year-old man had been admitted to Westmead Hospital in Sydney, Australia, after complaining of headaches, according to a report published Oct. 25 in the journal BMJ Case Reports. A CT scan of his head revealed a “firm gray mass” in his right nasal cavity, and upon questioning, the man confirmed that he had experienced recurrent nasal infections and noticed an obstruction in his nostril.

Physicians called the mass a “rhinolith” — a term that translates to “nose stone” — meaning calcium and other minerals had built up around a “foreign body” in the man’s sniffer. They pulled the plug from the patient’s nostril and found that it appeared to be a “rubber capsule containing degenerate vegetable/plant matter.”

Finally, the full story came out. The patient recalled an incident 18 years earlier, while he was incarcerated. During a visit, his then girlfriend snuck the man a small amount of marijuana encased in a balloon. The man put the package up his nose to conceal it from watchful prison guards.

“Despite effectively smuggling the package past the prison guards, the patient then accidentally pushed the package deeper into his nostril and mistakenly believed he had swallowed it,” the doctors wrote. The balloon then went undetected in the man’s nose for 18 years, until the CT scan alerted him to its presence. The minerals encasing the balloon likely helped keep its structure intact, though the doctors did not speculate as to what might have happened if the weed parcel had…