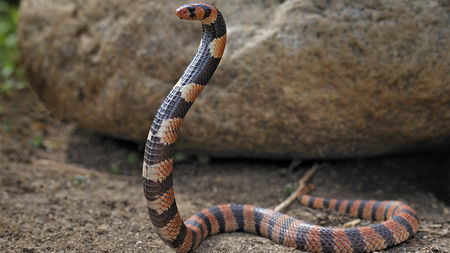 Venomous snakes kill or permanently injure more than a half-million people every year. Yet researchers still know surprisingly little about the biology behind venom, complicating efforts to develop treatments. A new advance could help: Researchers have successfully grown miniature organs from snake stem cells in the lab that function just like snake venom glands; they even produce real venom.

Half of parents regularly give kids a dietary supplement

“It’s a breakthrough,” says José María Gutiérrez, a snake venom toxicologist at the University of Costa Rica, San José, who was not involved in the study. “This work opens the possibilities for studying the cellular biology of venom-secreting cells at a very fine level, which has not been possible in the past.” The advance could also help researchers study the venom of rare snakes that are difficult to keep in captivity, he says, paving the way for new treatments for a variety of venoms.

Researchers have been creating miniorgans—or organoids—from adult human and mouse stem cells for years. These so-called pluripotent cells are able to divide and grow into new types of tissues throughout the body; scientists have coaxed them into tiny livers, guts, and even rudimentary brains. But scientists hadn’t tried the technique with reptile cells…