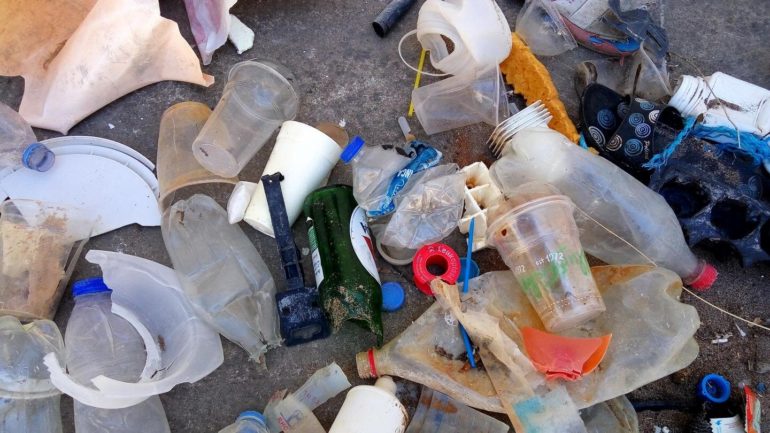 Researchers from the Institute of Environmental Science and Technology of the Universitat Autònoma de Barcelona (ICTA-UAB) warn of the impact the current tourism model in the Mediterranean islands has on the production of marine litter on beaches, and recommend taking advantage of the situation generated by the Covid19 pandemic to rethink a new more sustainable model. The research, recently published in the journal Scientific Reports, shows that the recreational use of Mediterranean island beaches during the summer is responsible for up to 80% of the marine litter accumulating on those beaches, and generates huge amounts of microplastics through the fragmentation of larger plastic items.

The international study led by ICTA-UAB researchers has analyzed the effects of waste generated by tourism on eight Mediterranean islands over the past four years. The marine litter, including microplastics, can be defined as any persistent, manufactured or processed solid material discarded, disposed of or abandoned in the marine and coastal environment. It results from human activity and can be found in all the world’s oceans and seas. “This environmental issue is threatening the good health of marine ecosystems and can lead to the loss of biodiversity. It can have as well huge economic impacts for coastal communities that depend on ecosystem services by increasing expenditure on beach cleaning, public health or waste disposal,” says Dr. Michaël Grelaud, ICTA-UAB researcher and author of the article.

The Mediterranean region welcomes about one-third of the world’s tourism every year and is particularly affected by environmental pollution related to this sector. Due to their attractiveness, Mediterranean islands multiply their population by up to 20 during the high season. This represents a challenge for coastal municipalities, which depend on this sector but must adapt and cope with the increase of waste generated, including on the beaches, by the seasonal inflow of tourists. Coastal tourism is indeed expected to be one of the main land-based sources of marine litter.

The amount and type of waste collected was characterized during 147 marine litter surveys conducted during both the low and high tourist season of 2017, on 24 beaches from 8 different Mediterranean islands. The results show that the vast majority of the items collected are made of plastic, as they represent more than 94% of the marine litter.

During the summer, on average 330 items accumulate per 1000 m2 of beach per day on the highly popular tourist beaches, 5.7 times more than during the low season. This represents one item every three steps. The number of items most likely left on beaches by the visitors, such as cigarette butts, straws or drink cans, represent more than 65% of the amount of marine litter accumulating on the beaches most popular with tourists. This can increase up to 80% if the large microplastics are included as suggested by the results: during the summer, plastic items left on the beach will undergo fragmentation under the combined effects of solar irradiance and friction with the sand, accelerated by the high volume of visitors. Extrapolated to all the islands of the Mediterranean Sea, the results show that the visitors could be responsible for the accumulation of more than 40 million items per day during the high tourist peak in July and August.

In 2019, and after the implementation of citizen awareness campaigns, the results showed a decrease of more than 50% of the items associated with visitors.

“These very encouraging results probably benefit from the growing attention of the public to the plastic pollution in the oceans or to the measures adopted by the European Commission to reduce marine litter, such as the single-use plastic directive,” says Dr. Patrizia Ziveri, ICREA Research Professor at the ICTA-UAB.

In addition, they recall that “the confinement by the COVID19 and the related temporary drastic reduction of tourism offers an opportunity to rethink the fundamental importance of sustainable tourism to ensure a healthy future for the environment and, therefore, also for people,” Dr. Patrizia Ziveri concludes.

Are plastics and microplastics in the ocean on the increase?