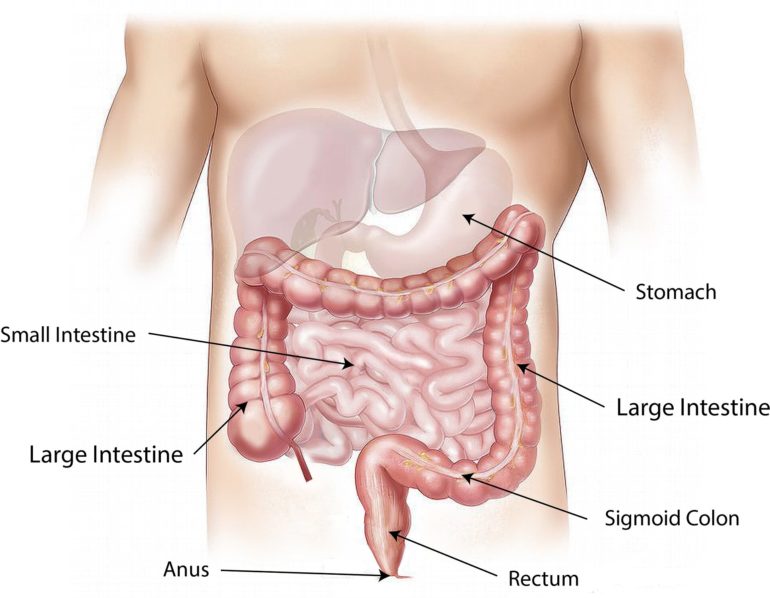 Gastrointestinal stroma tumors (GIST) are cancers that start in specialized nerve cells found in the digestive system, from the esophagus and stomach to the intestines and rectum.

They are rare, but because they often grow slowly or initially cause no symptoms, GIST can be problematic to detect and treatment options are limited to a handful of targeted drug therapies or surgery. An estimated 5,000 new cases of GIST are diagnosed in the United States each year. The 5-year relative survival rate is 93 percent for localized tumors; 55 percent if the GIST has metastasized and spread to other tissues.

“One of the major impediments to treating GIST is the misbelief that this disease is easily curable,” said Jason Sicklick, MD, professor of surgery in the Division of Surgical Oncology at University of California San Diego School of Medicine, and a GIST specialist. “But in reality, we know this is not the case. Even patients with tumors predicted to be sensitive to certain drugs rarely have complete responses to therapy. There is more to the biology that needs to be discovered.”

In a pair of new studies, both published in the journal Clinical Cancer Research, two teams of scientists led by senior author Sicklick, describe advances that may help predict how well GIST responds to therapy and perhaps lead to new treatments.

In Establishment of Patient-derived Succinate Dehydrogenase-deficient Gastrointestinal Stromal Tumor Models For Predicting Therapeutic Response, published online August 23, 2021, the researchers report on the first methods to create a patient-derived tumor model of a rare hereditary subset of GIST cases that are poorly understood and difficult to treat.

GIST with mutations of succinate dehydrogenase (mSDH), a type of enzyme complex involved in key cellular functions, are relatively rare, comprising less than 10 percent of GIST. But unlike other GISTs that occur sporadically, mSDH GIST patients are typically adolescents and young adults, the tumor often metastasize and they tend to be resistant to standard of care medications, such as tyrosine kinase inhibitors, which suppress enzyme activity.

Compounding the challenge, there are no widely applicable human models for any SDH-mutant tumors, including GIST, which has limited molecular understanding and drug development.

In their paper, Sicklick and team identified molecular and metabolic characteristics of patent-derived mSDH GIST and confirmed that the models reflected known hallmarks of parent tumors with loss of function in SDH protein complex.

They then found that temozolomide, a drug used to treat some types of brain tumor, damaged DNA inside mSDH GIST cells and caused apoptosis or programmed cell death. Moving to SDH-mutant GIST patients, they report that those treated with temozolomide demonstrated a 40 percent response rate and a 100 percent disease control rate, suggesting the drug may be a promising therapy for patients with mSDH GIST.

In Location of Gastrointestinal Stromal Tumor (GIST) in the Stomach Predicts Tumor Mutation Profile and Drug Sensitivity, published July 29, 2021, Sicklick and colleagues analyzed where GIST tumors arise in the stomach (the most common site) and their underlying mutations, suggesting that location may be an early clue to mutational type to guide optimal treatment.

GIST can occur anywhere in the gastrointestinal tract, but most commonly it appears in regions of the stomach, driven by various mutations. Sicklick and colleagues hypothesized that the anatomic location of stomach GIST was associated with unique genomic profiles and distinct mutations.

Researchers looked at 2,418 patients with primary gastric GIST, both with mutations of the gene that produces the enzyme receptor tyrosine kinase (KIT) and those without the KIT mutation. In addition, they analyzed data from an international cohort of 236 patients.

“Knowing the genomic profile of a patient’s GIST is very important for guiding treatment, but the unfortunate reality is that most people don’t get genetic testing, and many are started on a one-size-fits-all treatment,” said first author Ashwyn K. Sharma, MD, a research fellow and general surgery resident at UC San Diego Health.

Remember Comcast’s worst ever salesman? Here’s a challenger from Adobe

“In our study, we have shown that where a GIST originates from offers clues about what kind of genomic profile that tumor has, and how it may respond to the treatments we offer. We have ultimately found that the anatomic location of a tumor can be a very straightforward, cost-effective way to tailor our therapies for our patients.”